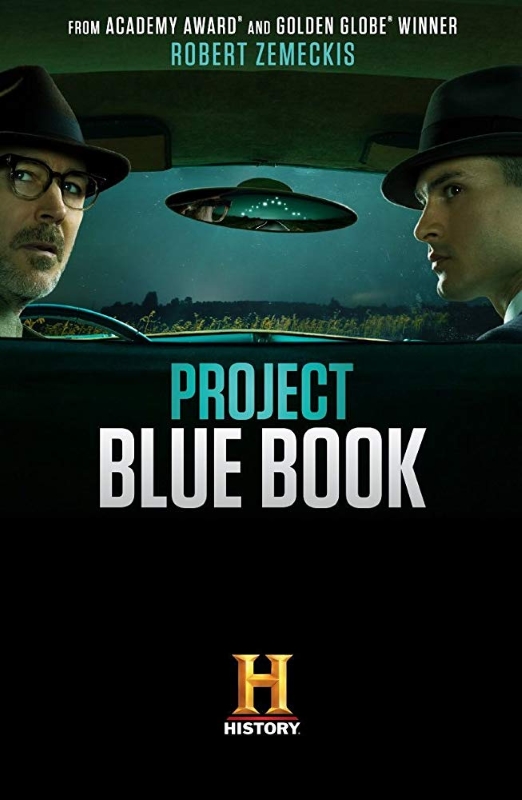 Well, kinda. Set in 1952, it’s based on a real-life series of studies the United States Air Force conducted to look into anomalous aircraft. (A year later, Captain Edward J. Ruppelt will coin the phrase “unidentified flying object.”) First, there was Sign, then Grudge, then Blue Book. Astrophysicist J. Allen Hynek (Aidan Gillen) was a consultant on the studies from the beginning, but for the purposes of the show, they pretend he just got plucked out of his professorial position for the Project.

As the show starts, the program is already being handled by Captain Michael Quinn (Michael Malarkey), who’s like if swagger were a person. A former AF pilot, he’s been tasked to investigate reports of unexplained phenomena. And speaking of unexplained, it’s not quite clear why the brass seemingly in charge of the project, Majors Harding (Neal McDonough) and Valentine (Michael Harney), want Hynek to be involved. But let’s just glide over that and get into some mysteries! 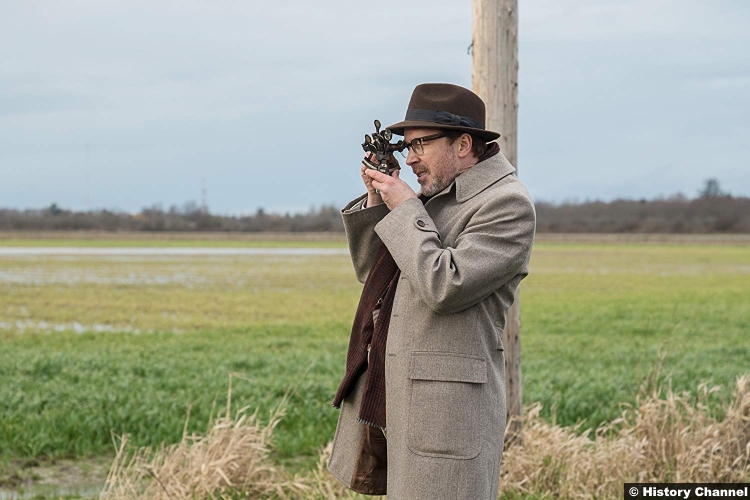 The title of the episode refers to the first unexplained event Hynek and Quinn are sent to probe (it’s based on this real-life event). Fuller (Matt O’Leary), an Air Force pilot, is goofing around in the sky in Fargo, North Dakota when he encounters…something. Having verified with the control tower that there are no other authorized aircraft around him, he engages the glowing object in a dogfight. Everything’s all fun and games until you start shooting at something. So whatever’s in the sky with Fuller sends him to the ground.

Unsurprisingly, the details of his story–the glowing object, picking up a broadcast from his hometown radio station, the object communicating with him through song (“How High the Moon,” of course–aliens love irony)–don’t make it sound plausible. And Quinn is perfectly willing to dismiss any inconvenient details. Fuller saw a weather balloon–just like the one that crashed in New Mexico–and got a little spooked. 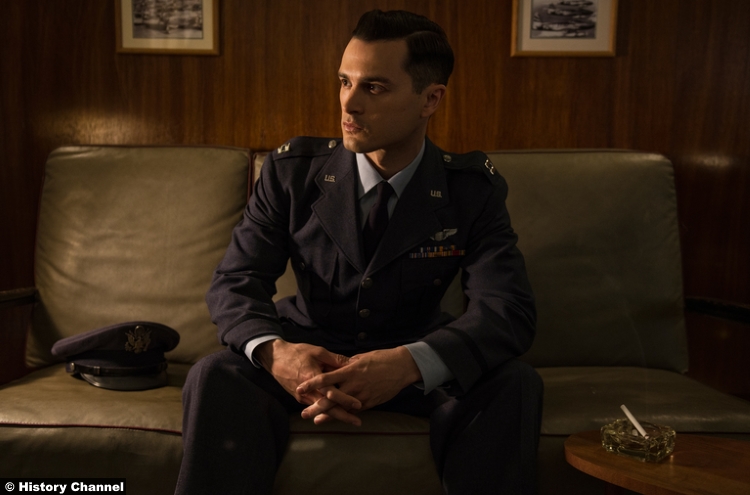 Hynek, however, can’t dismiss those little details. He calls Fuller’s hometown radio station (in San Diego) and finds out that they were indeed broadcasting “How High the Moon” while Fuller was in the air. That’s after he convinces Quinn to replicate Fuller’s version of events. The flight maneuvers the pilot described are ridiculous, Quinn asserts, and he proves his point when following them almost kills them both.

However, when Hynek comes to at the crash site, there’s a mysterious figure just watching the proceedings. If this all sounds like shades of The X-Files, you’re not far off. So far, the show’s coming off a lot like The X-Files–if both partners were slightly different versions of Scully–with a mix of Mindhunter and a splash of Manhattan. And I’ve loved all those shows, so that works for me.

What doesn’t work for me: Obviously, there is a lot of established work in this genre already. It was Hynek himself, after all, who created the “Close Encounters” scale–he even served as a consultant for the Spielberg film named after the classification. So Project Blue Book has to do some work not to lean into cliches, especially with the dialogue. You’re just waiting for someone to say something like, “You have no idea the danger you’re in!” or “You’re not asking the right questions!” And when the mysterious man later leads Hynek to an abandoned amusement park where there’s evidence of past (military?) experimentation, it feels been-there, done-that. 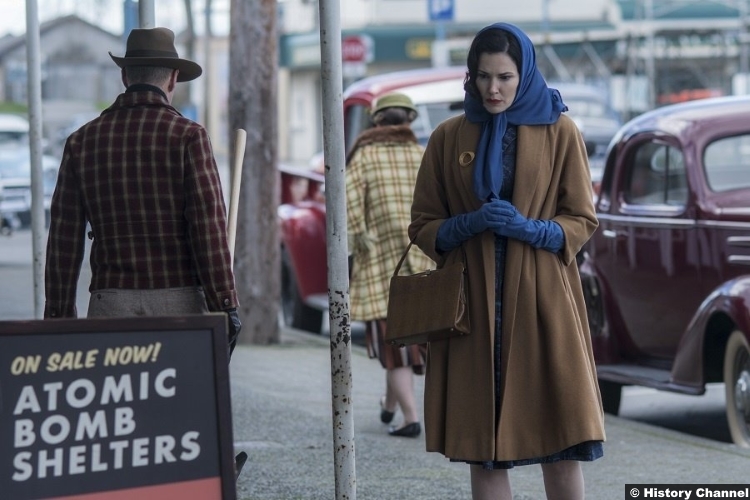 The time period, though, makes it seem a bit fresher. I know that’s a funny thing to say about a show set in the 50s, but the newness of their discoveries helps translate to newness in the delivery. At the time the show is set, the world is knee-deep in the Cold War and there’s the feeling that there could be a threat around any corner. It’s not difficult to be suspicious of anyone you meet.

To that end, when Hynek’s wife Mimi (Laura Mennell), is approached by Susie (Ksenia Solo) in a department store, my hackles were up, even if hers weren’t. When Susie recommends that Mimi go for red lipsticks instead of pinks, I said, “Uh huh. RUSSIAN red, I’m sure.” Later in the episode, when Susie is parked outside the Hyneks’ home, photographing Dr. Hynek, I was the opposite of surprised.

But I have the benefit of history and hindsight, which these characters don’t. I can only hope they make the right choices.

8/10 – If you can get past some of the groaner dialogue and the mystery of why the Air Force would recruit Hynek when they seem to want to quash any serious investigation, then what you have left is an interesting mystery show with some engrossing characters. Hynek hasn’t fully bought into the idea of little green men, but he knows there’s things he doesn’t understand and he also knows that as we’ll learn later, the truth is out there.

And if you like aliens, but wished there were more romance, join me here next week, when I start reviewing Roswell, New Mexico.