The Americans S06E01: Dead Hand – The final chapter of the Jennings saga begins by tearing them apart

Final seasons are tricky, many iconic shows, or shows that were, at least, popular in their own time have stumbled over the finish line. Such high profile shows like Lost, Buffy the Vampire Slayer, and Dexter have ended with more of a whimper than a bang, even the last season of The Wire is the least loved, ditto Battlestar Galactica. What some of these shows have in common is that their swansongs confirmed a downturn in quality, rather than starting it. This is where The Americans has an advantage: each year of the show has subtly improved from the last, with season five’s more family-focused storytelling confirming its place as the best show that few people are watching. Yes, even more than The Leftovers, though you should check that out as well.

While season five was a hard year for the Jennings family, with Paige becoming more integrated into the darker side of her parents lives, Gabriel deciding that he’s too old for this shit, and Elizabeth finally showing the strain that has kept Philip in a sustained period of depression. Arguably, Philip and Elizabeth have never been closer, something that was epitomised with them getting married for real. With this in mind there was really only one way the show could go to keep up the dramatic tension: tear them apart.

Dead Hand is an almost typical season opener for The Americans, with a few slight differences to show that season six means business. Instead of a time jump of a few months, in order to introduce us to the new assignments that would grow over the next ten episodes, we have now skipped ahead a few years. Time-jumps are another tricky narrative device, but The Americans uses it the right way: welcoming us to the same characters who now have radically different lives, as well as a global political situation that adds a lot more grey areas to the us vs them mentality we’re used to. 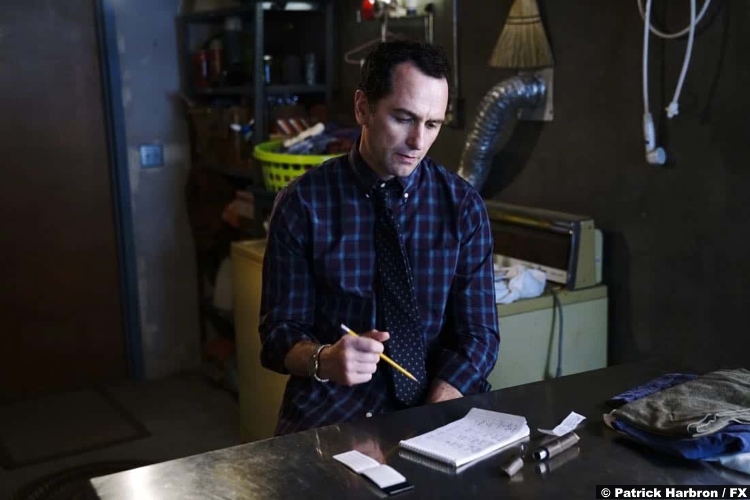 Philip is officially retired from the espionage side of things. Through the opening montage we see the changes in him through Matthew Rhys’ brighter performance. The emotionally dead Philip has been replaced or revived into a happy-go-lucky friendly boss of the travel agency. Business is clearly booming with bigger offices, more employees, and the type of desktop computers that he was stealing secrets from not too along ago.

Elizabeth directly contrasts Philip’s revitalisation. With her husband out of the game, it looks like Elizabeth is doing twice the work. She’s stopped sleeping and now smokes like a chimney: smoking being one of the symbols of Elizabeth’s inner turmoil since season one. The Jennings are divided, barely spending any time together, with Elizabeth actively keeping Philip at a distance. Even when Philip tells Elizabeth that she reminds him of when he needed to get out, Elizabeth’s resentment, fuelled by possible envy towards her husband’s easier life, and certainly because she has stayed the good soldier when he couldn’t, stonewalls every attempt by Philip to communicate with her.

Before we talk about the central conflict that Dead Hand sets up we must catch up with Paige. Her introductory scene shows how far she has come as a spy. Sitting on a couch happily watching Russian television with Elizabeth and Claudia is the stuff used to be the stuff of nightmares for her parents. With Pastor Tim gone, he’s not mentioned at all in this episode, Paige has become a second-generation spy with Elizabeth and Claudia as her handlers. The image of the three women on the couch is pure unadulterated Americans. At a glance, it’s three generations of women: mother, daughter, and Claudia as the symbolic grandmother. Out of context, it could be seen as sweet, but this image also shows three generations of spies. The walls between family and country have been completely demolished between this episode and season five’s finale. 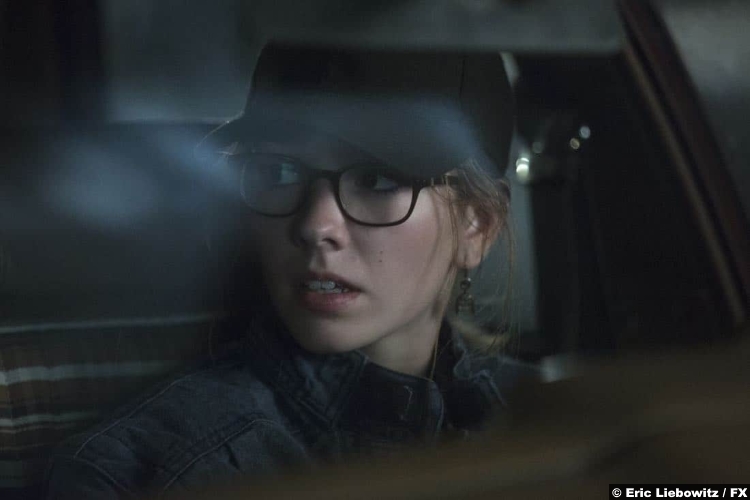 While Paige still doesn’t see the full picture, her first on the job kill is surely coming this season, she is fully under her mother’s wing and seems to be thriving as a result. The episode’s most shocking moment is built around this relationship. While scouting a neighbourhood that houses the Navy some Embassy’s, and even the Vice President’s home, Paige is interrogated by a guard who takes her college ID in order to get her on a date. Now, Elizabeth is a formidable mother in the most traditional ways, but as Paige’s handler she risks possible capture by murdering the guard. One neck-stabbing later and Paige’s cover is secure, but she’s also sure to find out what Elizabeth did in order to keep it that way. 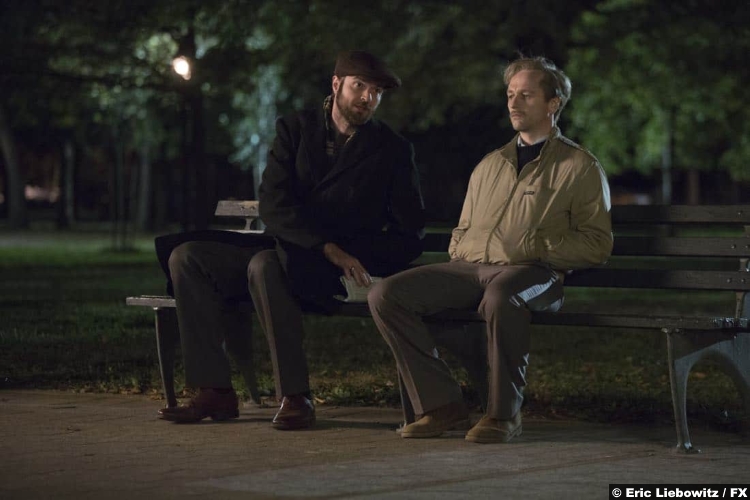 Since The Americans began there was always a worst case scenario between the Jennings and Dead Hand pulls the pin. Philip, thanks to information given to him by Oleg, now has the prospect of working against his wife. The Centre is divided, as is much of Russia, and as Arkady explains, the right hand doesn’t know what the left hand is doing. This means that Elizabeth is unknowingly working against the Centre, and Philip has to stop her. At the heart of the development is the confirmation of Philip and Elizabeth’s difference. Elizabeth has always been the good soldier, willing to do anything for her country, whereas Philip prefers the idea of peace. These differing ideologies have been bubbling under the surface since the show began, and Dead Hand pits our favourite spies against each other.

9/10 – A brilliant season opener that introduces us to both the stories and the beginning of the end. If any show can end on a high, it’s The Americans.