The Americans is one of the most underrated shows on television. The fact that it hasn’t got any Emmy wins for the big categories is a mass conspiracy in itself. Yes I know and agree that American Crime Story was great, but The Jennings have provided consistently thrilling television for four years and it’s about time it got some love.

Previously on the show the Jennings were dealing with a host of different problems: Phillip’s son is coming to America to find him, Paige is suffering from PTSD after witnessing her mother killing, in self-defence, a would-be attacker which is the cherry on top of the whole “my parents are Russian spies” debacle. Amber Waves as a season premiere brilliantly continues all of these threads, doing what the show does best in mirroring problems within its different personalities: spy drama and family drama. 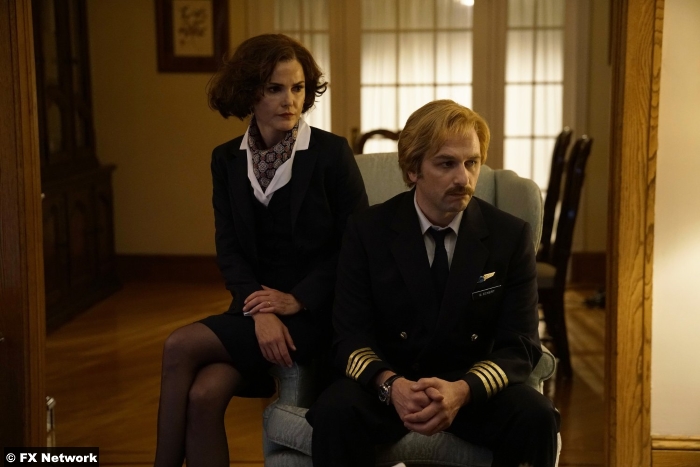 It’s the merging of these personalities, culminating in Paige finding out the truth in season three where The Americans really shines. Amber Waves is full of this mirroring. It seems that Paige and Matthew’s relationship is still an on-going concern, enough to worry Phillip and Elizabeth, especially as it complicates the already complicated situation of his father being an FBI agent. It’s inevitable that Paige will enter into the family business so it’s perfect that this episode throws all the pitfalls of this eventuality at her parents.

The episode begins with yet another false family as Philip and Elizabeth, with the help of the young agent Tuan playing their son, try to infiltrate themselves into the lives of an Immigrant family from Russia. Through Tuan’s opinion that the father is a traitor to his country and deserves a bullet in the head, the silence at this proclamation from the Jennings speaks the loudest: this could be Paige.

Then there is the next bit of dangerous spy work, getting a tissue sample from the deceased William’s body in order to get a sample of the virus that killed him. The beauty of this near 15 minute sequence is the drudgery of it. Breaking into a secure facility to steal a virus sounds like sexy espionage, but The Americans takes great pain to show how unglamorous espionage can be. As it takes hours to finally unearth William’s body you can feel the bone tiredness of each agent. It may be because of this exhaustion that Hans make the fatal mistake of exposing himself to the virus. Elizabeth putting a bullet in Hans’s head, a call back to what Tuan said, is all the more brutal since Elizabeth has been the person training Hans all this time. The clinical nature of his death, Philip and Elizabeth’s pained look at what they had to do speaks volumes. This is the world that their daughter is slowly being engulfed in.

9/10 – Amber Waves is a skilful, and thrilling return to 80s America, and the further merging of the spy and family drama that make the show tick.

In serialised drama like The Americans a thirteen episode season is basically a full story in thirteen parts. So it’s no wonder Pests feels like a slight let-down to the season opener due to the need, narratively speaking, to deal with the aftermath of the first episode. This is something The Americans does well, that even in these types of episodes, recovery episodes if you will, there is still some tension and excitement to be had, just in a different context.

Pests charm comes from breaking the rules that Amber Waves set up. Right from the start, when the Jennings meet Gabriel to hand over William’s tissue sample, Gabriel lets them know that there are rumours that the Americans are researching ways to disrupt or contaminate the Soviet Union’s food supply: possibly with the help of bio-engineered bugs that Elizabeth found. As Philip says, there’s certain lows that even your biggest enemy shouldn’t stoop to. Here’s the rub though, Oleg’s return to Russia has put him in a position to investigate the corruption of the Soviet Union’s different government branches concerning the food supply. An investigation that could cause problems for his father’s more connected friends. 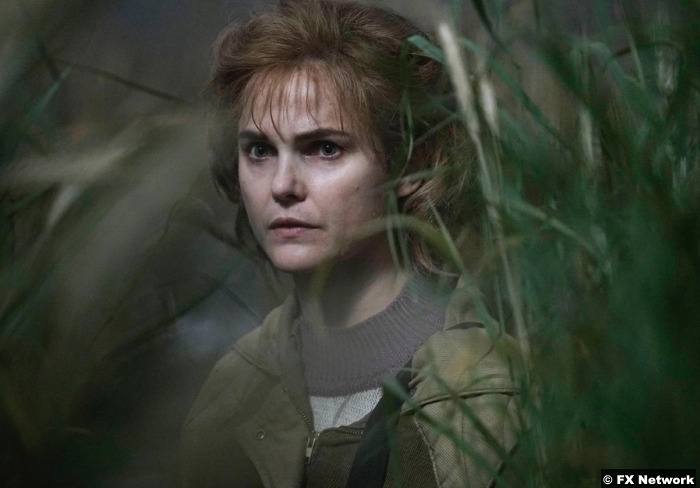 Oleg is at the centre of another breach of good faith as the CIA approaches Stan to figure out the best way to turn Oleg. Stan, despite his history with Oleg concerning Nina, respects Oleg for giving them the information to catch William and contain the bio-weapon inside of him. Stan’s opinion is, that Oleg done a huge service to the USA, risking his life for the greater good, that it was a one-time thing and that he should be left in peace. The CIA thinks differently and are willing to risk Oleg to gather more information.

The final rule broken comes from Paige who, despite her parent’s warnings, begins a physical relationship with Matthew. Paige is slowly discovering just how complex and dangerous her parent’s lives are, and the consequences of being found out. All of which leads to a scenes that epitomise The Americans approach to family bonding. Paige and Elizabeth continue Paige’s self-defence training, and in the episode’s most uncomfortable scene the Jennings have “the talk”. This isn’t your typical parent-teenager birds and the bees talk but the point is the same: safety. Paige’s parents don’t care if she has sex, but they both know how vulnerable sex can make you, it’s one of the most effective weapons they utilise after all. In a way it’s a compromise, Paige can continue to see Matthew as long as she recognises and remembers what’s at stake if she lets anything slip: not teen pregnancy but her mother and father being imprisoned or killed. No wonder Paige sleeps in her closet.

8/10 – Pests leans more into the family drama of the show with less fireworks, but strong writing and excellent character work means that The Americans has started its penultimate season with a ban