The Americans S05E04: What’s the Matter with Kansas? Strongest episode of the season so far!

Question: How are Philip and Elizabeth such effective spies? Answer: The can spot a weakness and use it to their advantage. It could be weakness of a facility they need to access, but more often than not it is the weakness of a person they have to utilize. What’s the Matter with Kansas shows how each character, as well as the Jennings duo, Have, and use these weaknesses to get what they want. It’s an episode that is rich with meaning so it’s probably best to take the characters pairings that accentuate this motif one at a time. 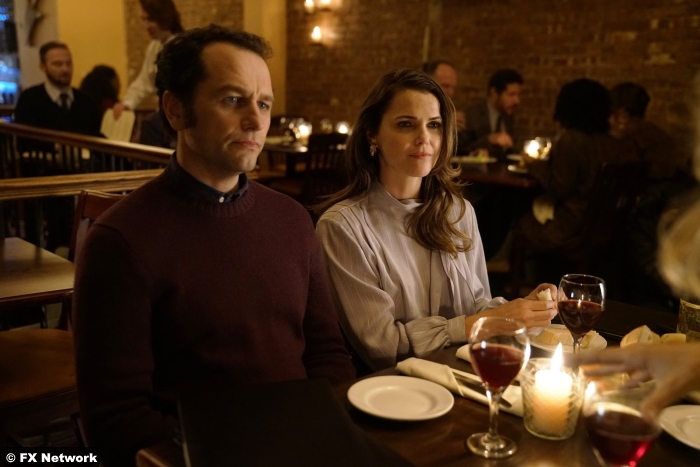 As The Americans has grown as a show, so has the main couple. Philip and Elizabeth have never been closer which means they are each other’s greatest weakness. The episode, rightly, doesn’t make this entirely obvious. Instead Gabriel gives them a new assignment: infiltrate the lives of a male scientist and a female logistics expert connected with the bugs. Each of these people is single and lonely, giving the Jennings a weakness that they can exploit. The Jennings know that this will mean starting sexual relationships with their targets which is the reason that they try and back out of the operation. Sure, they say their workload is full, but it’s when we consider that workload that the truth is clear. They are still husband and wife in their other cover and haven’t had to be anything other than that since Martha left. The Centre doesn’t care and Philip and Elizabeth’s trips to Topeka, Kansas, become a complication for their relationship. Philip is clearly jealous, and Elizabeth’s little gift would be touching under normal circumstances, but the Jennings probably wouldn’t recognise normal.

As complicated as the plot is with Pastor Tim it is surprising that this episode marks his first appearance in season five. Pastor Tim and his wife are crucial characters to The Americans as Pastor Tim has the power to destroy the Jennings if he wanted to. That came from Paige’s weakness in telling him the truth about her parents. In this episode, with Paige knowing more about what her parents do, uses the fact that she is babysitting for the Pastor and his wife as an opportunity to look for some clue as to get her family out of the predicament she has caused. Paige has made the Pastor’s trust in her, and the simpler fact of them needing a babysitter, as a tactic to search his house for any leverage.

Paige finds his diary, a fact that Elizabeth is horrified to learn when Paige tells her what happened. Elizabeth is right in a way: Paige is still inexperienced and a break in trust like that may show on her face. The scenes between Paige and her mother continue to be a highlight as their double-lives are the first thing they have bonded over in a long time. Elizabeth is right to tell Paige to be cautious, but the real truth of her reaction comes when she talks to Philip about it in bed. Elizabeth is more impressed with Paige here, as she wonders if the Pastor does have something to hide. Paige is both her daughter and her agent in this scene and the gap between those two personas for Paige is shortening. 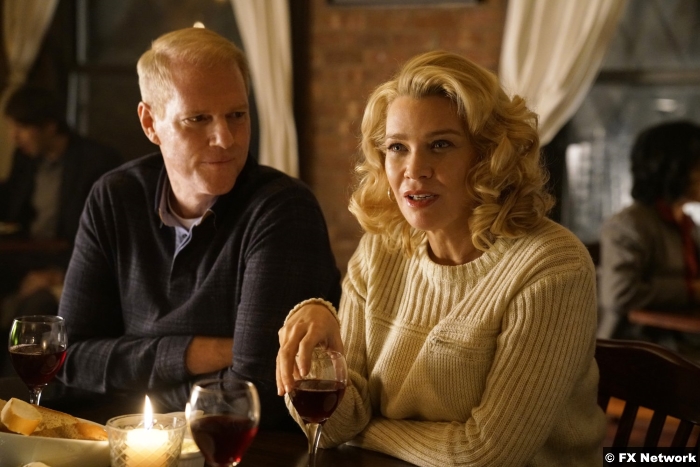 Stan and Oleg came together because of Nina, the woman they both exploited while falling in love with her. Nina became both men’s weakness as their secret pursuit of her freedom created a deeper relationship between them; not best buds but something more than enemies. As Oleg has returned to Russia he has been threatened by the CIA, who are using his treasonous tip off to Stan about the chemical weapons as a means of blackmailing him. Stan is sort of an honourable man, honourable enough to not want to damn another source like he did with Nina so he confesses to the murder of Vladimir in order to force the FBI to tell the CIA to back off Oleg. It’s unclear how this will work but through the plots of both men we see how the US and Russian government works. Stan knows that the FBI can’t have this kind of negative publicity which gives him the power to use his cold blooded murder for leverage. Oleg, who is shadowed by a no nonsense bureaucrat who is a much better interrogator than him, sees the way in which the administration he is part of hones in on their targets weaknesses: as Oleg’s mother puts it, they go after the wives before the husbands.

The Americans can be a slow paced show so I could be forgiven when I thought that Misha’s journey to America would have taken a bit longer. Instead I’m shouting “ooooohh shit!” at the screen as the intercom informs me that Misha has arrived at the JFK airport. Misha is a wildcard, and definitely a weakness where Philip is concerned. The beauty of his arrival is that it’s impossible to predict just who he will ingratiate himself into his father’s life, what will happen when he does, and how it will affect the Jennings as a whole. Has the countdown begun for when their secret is out?

9/10 – The way The Americans slowly and precisely puts all of its pieces in place may be the main reason I love it so much. The detail involved that means when one piece fails for the Jennings family, it will have a domino effect.