The Americans S05E05: Lotus 1-2-3 – With Philip spiralling into despair, at least Henry is good at Math

It’s a general rule of thumb with The Americans that when Noah Emmerich directs an episode that episode will be something special. Lotus 1-2-3 is just that, as Emmerich uses his skill behind the camera to bring an episode of fathers and sons to life. Season five has continued the show’s stellar run since it kicked into high gear in season two. A lot of that is the subtle coming together of Philip and Elizabeth. These characters played the roles given to them when the show began, but now there is a touching sense of intimacy between the two characters. The Jennings, as husband and wife, have never felt more like a unit.

Which is lucky for Philip since the rest of his relationships aren’t going as well. Lotus 1-2-3 pays particular attention to the show’s father son dynamics, which is crucial to understanding the character dynamics at play in this episode. Philip has two sons, one he doesn’t know about, and another he doesn’t know anything about. Misha is in America, and he is asking for a meeting with his father. This is a meeting that could have dire consequences for both Philip and his son, so its lucky that Gabriel and Claudia were there to intervene. The meeting is set, but instead of Philip, Gabriel shows up instead, telling Misha that he can’t have any contact with Philip whatsoever. 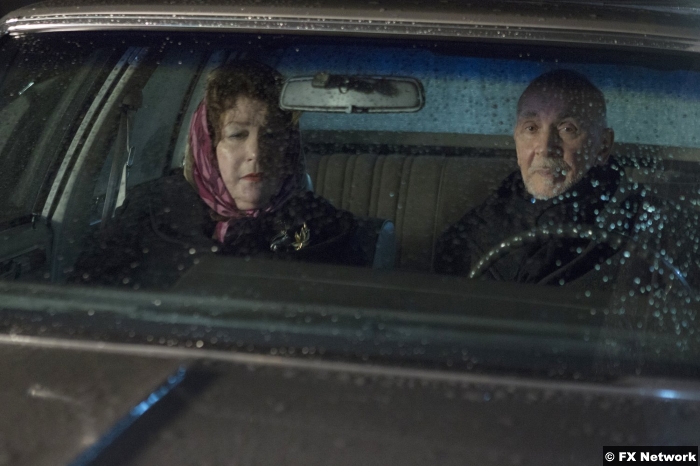 Emmerich’s framing of this scene is terrific, with Misha dominating the screen on the bench, rattled with nerves but also happiness at the meeting to come. Then we see the approaching figure of Gabriel, who Emmerich gives ample time to sit down, prolonging the disappointment the audience feels on behalf of Misha. This is probably not the end of Misha’s story, after all no TV show would ever introduce a long lost son and not set him loose upon the family. Still, it is a powerful scene, and one that further cements Gabriel’s position as Philip’s father figure. Philip probably wouldn’t thank Gabriel for turning his son away, but he would understand Gabriel’s need to protect himself and Elizabeth. 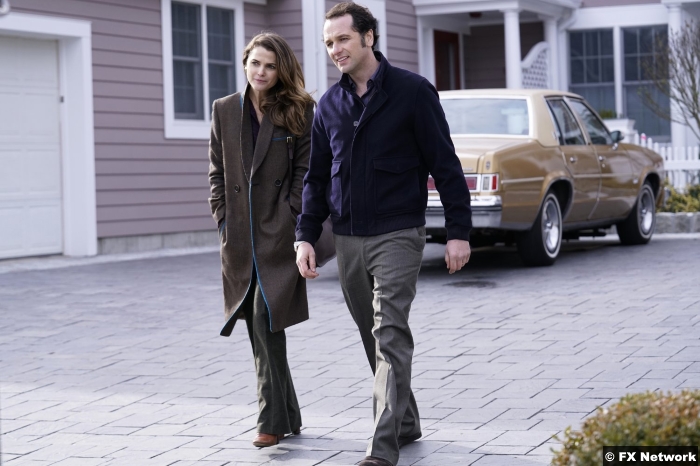 What about Henry? Well Philip has no luck there either. Henry has consistently took a back seat to Paige for obvious reasons. So when the Jennings are called into Henry’s school they expect the worse. Emmerich has stated that the classroom scene came from his desire to inject some comedic back-and-forth, which Matthew Rhys and Keri Russell nail in their bemusement of Henry’s success at algebra. The lack of Henry throughout the shows run pays off with this reaction, and Philip doesn’t make it any better when he keeps telling Henry how surprised he is instead of how proud.

Philip’s fatherly troubles may have something to do with his recurring memories of his childhood. These memories mark the first appearance of Philip’s father, in a scene that effectively recreates the poverty of his childhood. His father doesn’t speak in these memories, all he does is bring what looks like pieces of coal that are apparently edible. The striking thing about Philip’s memories is the expressions on his father’s face when he looks at him. His face is open to interpretation, but to me, Philip remembers his father’s look of disdain, seeing the poverty around him, and Philip as nothing more than another mouth to feed. This is almost recreated by Paige and Philip later in the episode, as the eat spaghetti in this comfortable home, with Paige talking to her father about the psychological toll their secret has on every aspect of Paige’s.

This all suggests that, rather than his American life giving Philip a more comfortable outlook (as earlier seasons showed), he has actually been given the external comfort allowing his inner demons to come out. Elizabeth has always been the better spy, more ruthless, but the show puts more effort into scenes in which Philip has to murder someone. Even when its for hi own survival, each death chips away at his soul, so when he finds out that the murder of the lab technician was unnecessary that only makes him feel more broken, much like Paige. Still, he has Elizabeth, and they’re still a unit.

Lotus1-2-3 also took stock of other father son dynamics. Stan and Matthew share one scene together in which Stan refers to him in the third person, so they’re still distant, and there’s also Oleg and his father. Oleg is still investigating the Russian food supply, and is coming to terms with the way his own government conducts itself. His relationship with his father has always been one-sided: his father is a powerful, and influential man who usually gets what he wants. Oleg coming back to Russia was what he wanted, and now he wants Oleg to have a girlfriend. The dinner set-up allows Oleg to draw the line: his father may be able to control many things, but not Oleg’s private life. 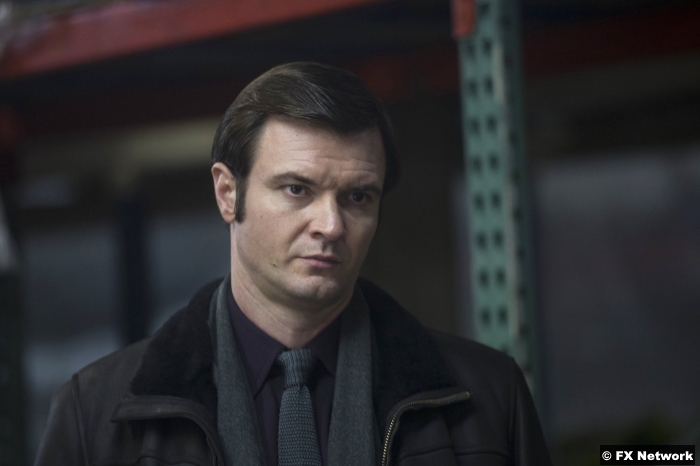 Lastly, here is an example of The Americans getting under my skin. On Monday night a question popped into my head: “what’s the point of Stan’s new girlfriend?” The more I mulled over this question the more I thought that she had to be a spy, specifically targeting Stan for info about his work, info that Philip couldn’t get because he doesn’t sleep with Stan. It turns out I’m not the only one who is suspicious of Renee, Philip and Elisabeth are as well. This suspicion makes me think that Renee isn’t actually a spy, but she is a significant piece of the board, and this is the penultimate season.

9/10 – Noah Emmerich continues his hot streak in the director’s chair, and The Americans continues its own in this stellar fifth season.