The Americans S05E11: “Dyatkovo” – In which the Jennings reach breaking point

As season five nears its end more pieces are being put together for The Americans’ endgame. We have no way of knowing what these pieces are, we can only guess what moments will gain significance in the future. Last week’s wedding, indeed the entire episode, felt significant: Philip and Elizabeth deepening their connection to each other just as Paige literally brings to them her cry for help through Pastor Tim’s own words. So how do you follow that up? With “Dyatkovo” the answer is bravely.

This is the second episode of the season that doesn’t feature Paige at all. Something subtle is going on under the surface here. The Jennings children rarely share the same space anymore. When Paige is out of the episode that means, Henry will be given more attention; and when Paige is present Henry is forgotten about. Throughout the show much has been made about the bond between the Jennings’ children, but that bond was broken once Paige found out the truth about her parents. She may be closer to Philip and Elizabeth, the real Philip and Elizabeth, but her relationship with Henry has disappeared, just like they have from each other’s lives.

The big issue here is trust, a theme that runs throughout the episode. Philip and Elizabeth’s trust in the Centre is shaken by Claudia’s confirmation that the chemical sample they delivered was weaponised for use in Afghanistan, leading them to almost blink when sent after a war criminal in hiding. Obviously, it doesn’t help that Claudia is the source of this bad news, as she has proved herself untrustworthy in the past. The criminal they have been sent after is a betrayer of trust as well, but on a bigger scale: as she is responsible for the death of hundreds of her own people, even coming to the Centre’s attention through medical records that confirmed she fraternised with German soldiers. 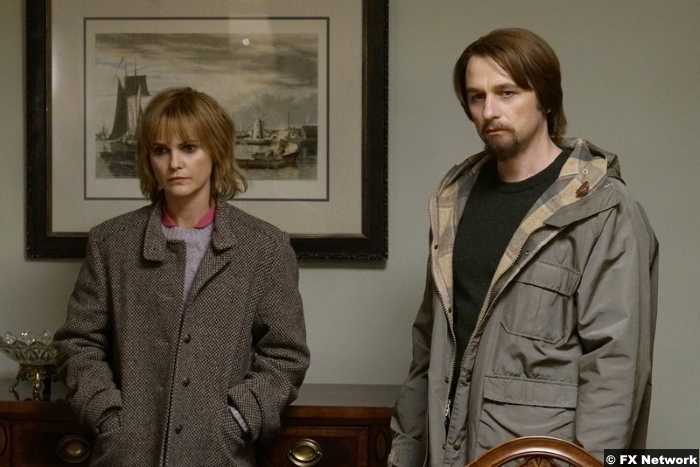 The operation seems like a simple one: follow the woman and see if she resembles the last known photograph of her, if so she dies. The problem is that Philip and Elizabeth keep getting in their own way. It has been well established that even though they are still willing to murder people for the good of their country these actions are weighing heavier and heavier on them. So, Philip has to be sure, but is still sceptical when the centre gives the go-ahead to take the woman out. Philip says to Elizabeth that the Centre saw the same photos that they did: comparing the younger and older versions, and he still wasn’t sure.

At the end of the day, and despite their doubt, they carry out the operation: holding the woman at gunpoint telling her to confess her crimes. At first she denies it, coming across as very convincing, at least to me. Which is when ruthless Elizabeth turns the tables by threatening her husband. From then on the woman confesses to everything, seemingly to save her husband. Yet when he comes in, and is held at gunpoint, the truth comes out and it’s not as black and white as the Centre described. The woman was just a young girl when it happened, who had no experience of life outside her small town, and was taken advantage of by the German soldiers. When her husband hears the truth, it doesn’t change his opinion of her: he still loves her and believes she is a good person. All of which causes Philip to hesitate leading Elizabeth to kill them both.

The look in Keri Russel’s eyes as she pulls the trigger is one of desperate rage, not because she believes these people are evil, but because her training, her loyalty to her country has she herself committing a despicable execution not unlike those she charges the woman with. It’s hard not to imagine a time in the future, if Philip and Elizabeth live another 20 years, that some spy will break into their house and execute them for their crimes against the United States; their hands are not any cleaner. The breaking point has come, and it comes from Elizabeth who finally comes around to the decision to leave America. The consequences of this decision are huge, not only would she and Philip be getting out of the spy game, they will have to tear their children away from everything they know. 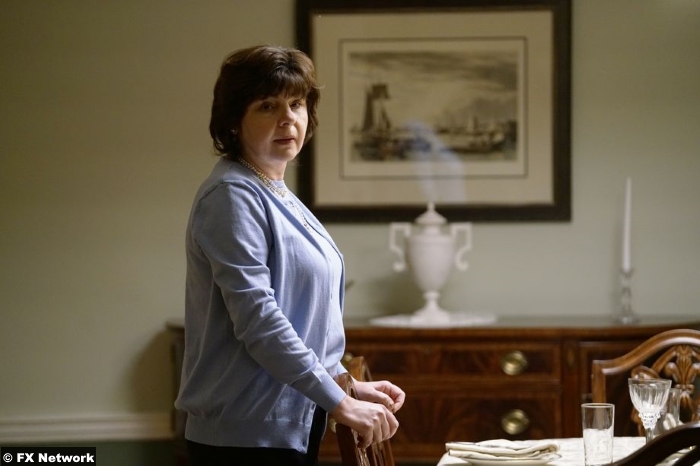 Speaking of the Jennings’ kids, Henry, the one in the family who isn’t anywhere near being a spy is granted access to the FBI. If Henry’s parents were of a different mindset they would realise what a great opportunity this could be for Henry to be a second-generation spy, but they are a long way from working Stan as a source. In fact, the only reason they talk about Stan is in the context of Philip wanting to protect him. Stan’s relationship with Henry has felt like a lifeline to both parties, but it still can’t help Stan to trust people. Like his neighbours, his duty overrides everything: meaning that he trusts no one. He can’t trust Henry, even though he thinks that Henry is the greatest kid in the world (I hope Matthew didn’t hear that), he couldn’t trust his wife, and he betrayed Nina, sentencing her to death because of his loyalty to his country.

Trust in their countries has completely ruined Philip, Elizabeth, and Stan, but only the Jennings feel that they have had enough.

9/10 – A pivotal moment of the season is handled with care meaning that the final episodes will be packed with paranoia.