The Americans: S05E10: Darkroom – A truly outstanding episode of television

I started the first season of The Americans a year ago. Since then I quickly got myself up to date with the show due to the promise of reviewing it. The reason I mention this is that after watching Darkroom I realised that the show has achieved something that most shows wouldn’t even dream of in a penultimate season. Instead of something like what’s expected from the new season of Game of Thrones: a brutal, action packed set up for the final season, The Americans, which will also come to an end next year, has achieved the exact opposite. Instead of burning up the rulebook, the show has leaned into each plot, and with remarkable patience and skill, are slowly unravelling the characters.

It’s a good sign that the patience of the writers in unravelling each character has demanded patience from the audience, but that hasn’t felt like a chore. When watching week to week, which always takes some getting used to when binging the rest of the show, sometimes the time between episodes make you wish for more detail within each instalment. That’s not the case with season five of The Americans. I generally need the weeks break after each episode so, after the review is taken care of, I can mull over what’s happening and what could happen next. It’s so rare for a show to slow down its story-telling, this season makes the last four feel positively brisk in comparison, but slowing down feels right to the narrative flow. It’s the little details that are key here, not big bombastic plot twists, but hard earned character moments, even from characters that are usually side-lined: when they get the spotlight the show loses nothing of it strength as proved by last week’s excellent episode.

The pinnacle of all that I’ve described is present in Darkroom. Each of these episodes has a clear theme, one which ripples throughout each plot; and this week’s theme may be the most potent of the season so far. The theme is how it acts: it is the ripple effect of Philip and Elizabeth’s action and how that messes with the lives of the people they come in contact with. Whether it’s a Russian immigrant family to their own daughter, the work they do, the life they lead has consequences. 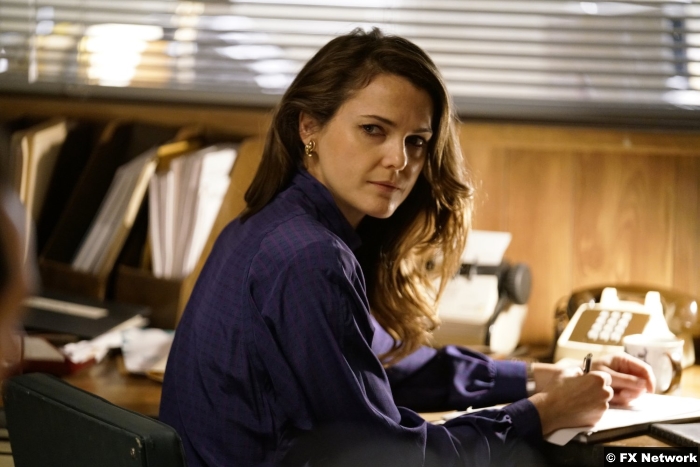 Paige makes a welcome return this week as the Pastor Tim plot makes a return appearance. I was sure Pastor Tim would be dead by now, but The Americans always goes for the more interesting option: if Tim is killed then Paige turns against her parents, but keeping him alive has kept Paige in a purgatorial state between her old life and her new one. Pastor Tim is the personification of what Paige has lost: after all, her sense of identity came in large part from the church. This identity has been shattered by the truth about her parents.  She suffers from PTSD from her mother killing the mugger and her need to be closer, to understand what her parents are has led her to corrupt her last lifeline outside of them. Reading Pastor Tim’s diary is such a personal break of confidence that only an emotionally compromised Paige could do.

Gabriel was right, Paige should have been kept out of this life as it has destroyed who she was. It makes total sense that this action, of reading his diary, only confirms to her how lost she feels. Pastor Tim’s notes on her give shape to her inner turmoil, something that both Philip and Elizabeth repeatedly try to undermine, saying that what he wrote about Paige doesn’t matter. Of course it does, but it’s only when Philip and Elizabeth see the words for themselves, in which they are described as monsters, and that Paige is psychologically, and spiritually wounded, does it hit home for them. It’s a moment of great contrast, as the act of showing Paige their method of turning a seemingly benign room that she has always recognised into a dark room represents yet another new level of trust she has achieved with her parents, only to be undercut by Pastor Tim’s powerful words.

Paige isn’t the only one who suffers from her parents work. When confronting Claudia, played by beloved character actress Margo Martindale, about the chemical weapon used in Afghanistan, Philip an Elizabeth accuse their government of foul play that the sample that they procured was supposed to be for defence not offense. Claudia plays dumb but it’s a nice reminder, because both characters are so engaging, that the people this show is about, whether from the USA or USSR, are not heroes. Something that is further symbolised by the real reason Philip is suspicious of Stan’s new girlfriend. He doesn’t want Stan to be hurt the same way that he hurt Martha. 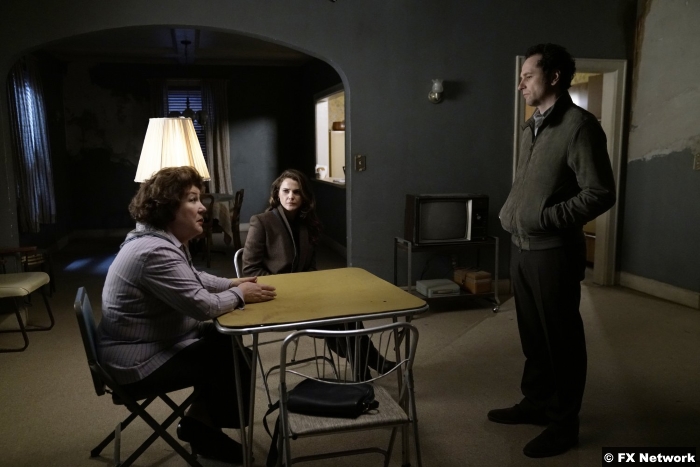 Tuan is making Pasha’s life a living hell in secret, which in turn is effecting Pasha’s parents, which in part led to his mother having an affair. All of this was carefully manipulated by Philip and Elizabeth. As they are responsible for the turmoil of one family, they take a huge step at strengthening their own union. It’s easy to forget because of context that Philip an Elizabeth are not actually married. So their traditional Russian wedding, as traditional as Philip could make it at least, is a touching moment full of symbolism. This is one of the many dark rooms the episodes title alludes too. There is the literal, practical dark room, there is Paige’s spiritual state of mind, and there is the room in which a marriage takes place. Philip and Elizabeth may be in the dark, but they are in the dark together.

10/10 – Full marks to a truly outstanding episode of television, and if this hot streak continues this episode won’t be the only one.