There is a joke in season three of The Unbreakable Kimmy Schmitt where a character says, “I know we’re in the golden age of televisions when a show like The Americans is taken for granted.” I don’t know about you, but I got neck spasms from vigorously nodding my head in agreement. Hopefully, with the show ending next year, there is an influx of viewers who were interested in the show but wanted to let it pile up. Not since The Wire has a show been so overlooked in its own time.

Season five has continued the show’s habit of improving with every year, but has done so by limiting the action and highlighting the parallels between its characters. The Soviet Division is full of these parallels which are used to compare and contrast Philip and Elizabeth’s wish to return to the Soviet Union.

We begin where we left off last week, as Philip, Elizabeth, and Tuan, race over to try and save Pasha; at least that’s Philip’s motive. After a brutal; scene in which it’s revealed Pasha did go through with his suicide attempt, he survives with his mother finally convinced about returning home to Russia. We spend a lot of time with Pasha and his family, which in itself closes the loop begun with this season first scene. As well as that, it helps show how complicit the Jennings’ and Tuan, are for nearly destroying this family for their own gain. When Pasha’s mother answers the door to what she thinks are her friendly neighbours she immediately hugs Elizabeth. Except, she knows her as Dee, and has no idea that Elizabeth is partly responsible for breaking up her family.

The choices of music in the show has been first rate but there hasn’t been anything this season that has reached the heights of Philip murdering someone on a bus while Tainted Love is playing, or Major Tom (Coming Home) sound-tracked Paige learning to drive as well as Elizabeth faking a sexual encounter with her friend’s husband. Never fear: because The Soviet Division plays a blinder with Elton John’s Goodbye Yellow Brick Road. It’s a fitting choice, as the lyrics depict a man who is saying goodbye to his imaginary life to live in the real world. That’s a theme that permeates much of this episode. Since the Jennings’ decision to go back to Russia their life in America has felt almost unreal. Throughout the episode they appear to be bidding farewell to their old life. Stan’s new girlfriend takes Philip’s place in racket ball, Elizabeth stops to look at her clothes, and her kitchen realising how used to American splendour she has become, and that Russia will not be nearly as comfortable. 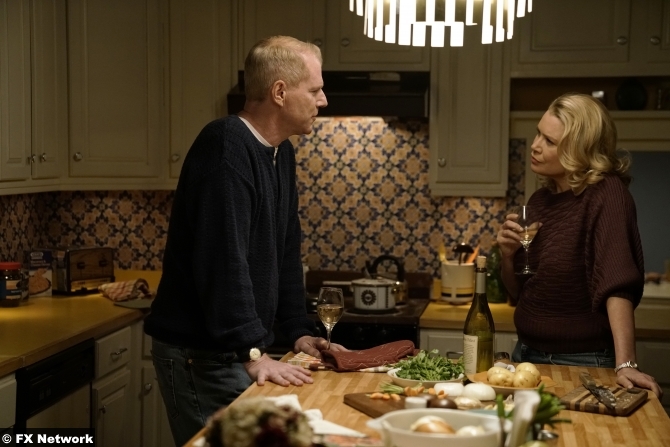 The song choice is used to highlight the un-reality of Philip and Elizabeth’s lives. This season has leaned more into the drama side of the show’s identity rather than the spy genre. What the song helps us remember is that the Jennings’s life was always based partly in fantasy. Their children, their friends, their job, all of it is a cover for their real life as Soviet spies. To break with America, Philip and Elizabeth seem to be hoping that if they go back home, they can remove the fantasy form their lives.

Now that the Morozov operation is finished, the prospect of home has never felt closer. Which means that Paige and Henry will need to be told. Henry is obviously none the wiser, so when he gets into boarding school is shocked by Philip’s sudden change of heart. Paige, as usual, is a different story. With Pastor Tim’s exit drawing nearer there is a weight that has been lifted from Paige. She is confident enough to walk through the parking lot where she was attacked, and is becoming more skilled at self-defence. Paige is fully integrated into her parent’s world, something that fills Philip with regret. It’s easy to assume that Gabriel’s last words are running through Philip’s head when he sees the bruise on Paige’s lip. #He regrets that she can’t have a normal life, a normal dog, or boyfriend next door, perhaps he even naively thinks that she could have one in Russia. 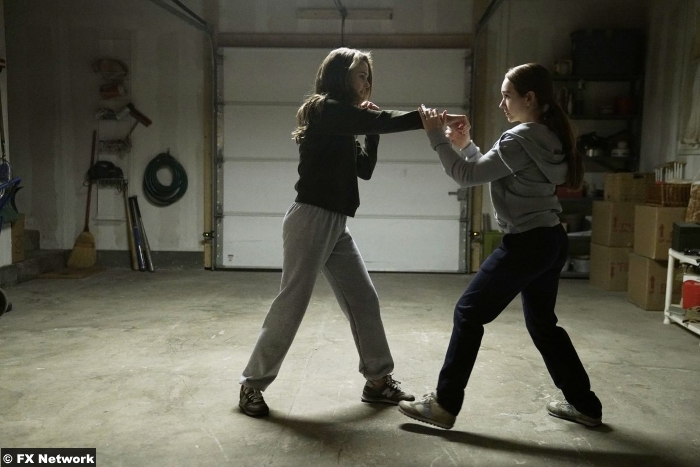 Except Russia will have to wait, as Philip finds out that Kimberly’s father will be in charge of the CIA’s Soviet Division. This is obviously huge, never before has the Centre had the chance at this sort of access to the American intelligence agencies. Yet Philip knows that if he alerts the centre to his findings that they will have to stay. He even thinks about getting rid of the tape: even going as far as driving out to the waterfront with a plan to throw the tape into the river. Instead he makes the decision, to make the decision with Elizabeth.

Even though their work has become increasingly hard on them, Elizabeth still has enough loyalty to her country to need to work this new angle. Philip agrees because he is loyal to his wife. He could have had it his own way, and they could have left, but the respect he has for his wife means that he will follow her lead.  This last scene is The Americans letting the genre part of the show come back to the forefront of the plot, but crucially the circumstances that brought us here were laced with love and respect.

9/10 – Another stellar season of The Americans comes to a close is the quiet, intimate style that has become season fives biggest strength.