The Americans S05E03: The Midges – Lies are the easier option…

Lies are the building blocks of The Americans. Without a steady stream of lies Philip and Elizabeth can’t keep up their cover as just a normal family whilst carrying out missions for the centre. The Jennings’ are drowning in lies, so when a small piece of the truth comes through it can feel appropriately massive. In the shows first season it felt like Philip and Elizabeth’s marriage was nothing other than a cover for their extracurricular activities. Since then the show has subtly brought them closer together, building a relationship based on trust, respect, and obviously love.

Much of The Midges highlights how far the Philip and Elizabeth’s relationship has come. The difference from season one to now can be measured in a simple way, even outside of the fact that Paige knows their secret. It’s the scene in the Oklahoma City motel when Philip is talking wondering why the Russians even need to import food from America. A question like this in season one would have had alarm bells ringing in Elizabeth’s head, something that has led to a violent interrogation in the past. Instead, because they are that much closer, Elizabeth brings him his appropriate cowboy hat and they dance to the radio. It’s a tender moment between husband and wife, with the inversion of the scene most apparent in the fact that the radio was only on in case anyone might be listening. Philip and Elizabeth’s relationship is beyond lies, they are the only people that tell each other the truth consistently, which is why anytime they talk about their past with each other (something that never happened prior to season two) it is the couple reaching a deeper level of intimacy. 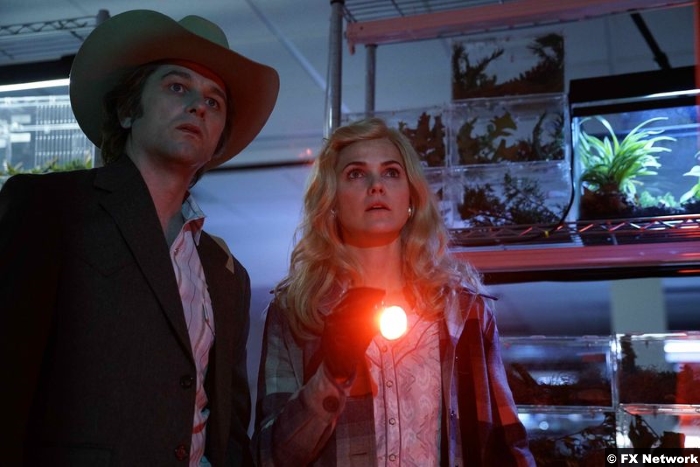 Even if they are honest with each other, the Jennings’ still can’t let Paige know the extent of their secret lives. It’s quite amazing that the show has been so methodical with Paige and her parent’s secret. Paige’s main function from the beginning was to uncover this secret life, and when she did it felt like the time was up for her parents. The Americans is better than that though, and by going the slower route, in which the end result must be Paige integrating herself into her parents business, the show has managed to mine some great drama by taking things slow.

Paige is trusted with more information as her parents tell her about the family they have befriended. Under false identities, and the reason why: the midges destroying the Russian food supply. This is a big step, and a clever move from Philip as he knows his daughter cannot support a country that could cause that kind of damage. It’s the kind of things that she protested against earlier in the show. While this is a big moment for all involved it’s not the whole truth. Yes Paige knows more about her parents that she did before but the crucial elements of what they do are still being hidden from her.

Which may be just as well as keeping these kind of secrets is taking a toll on Paige. While having dinner with Matthew, Paige, in a very nice touch, can’t eat the slice of pizza in front of her, perhaps because her mind is full of starving Russians. The weight of these secrets is taking its toll, with Paige feeling that, by not being honest with Matthew the relationship she has with him is less than real. Of course she wants to tell him everything, lifting the weight and not having to tell anymore lies. Instead she trusts her parent’s instincts, using the technique they showed her last week in order to keep her mouth shut. 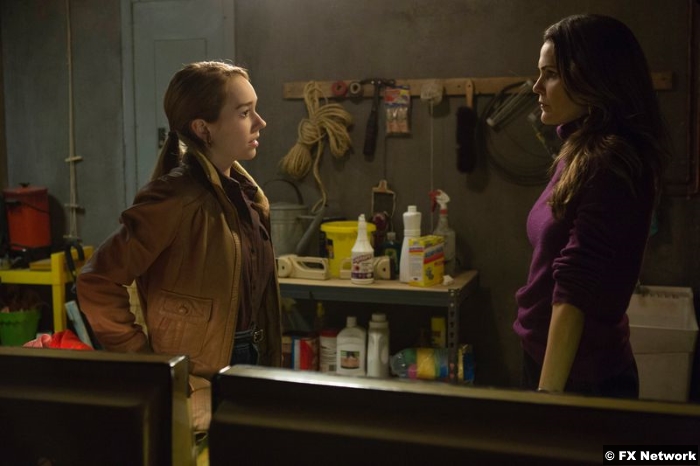 It’s this dishonesty that leads Paige to a confrontation with Elizabeth. If there is any scene that sums up the masterful way that The Americans balances and merges themes of family and relationships with that of spy craft its Elizabeth explaining the similarity of these different situations She tells Paige that it’s not lying in a traditional way. Everyone, especially couples, have things they don’t tell their partners, things that are for them only; that whether you are a spy or not doesn’t matter.  We have already seen this many times throughout the series, that even as Philip and Elizabeth trust each other with their lives, they can still have secrets from each other. According to Elizabeth lying like this is actually normal. The beauty of this explanation is that it makes total sense while at the same time being utterly horrifying.

This approach does have benefits. If Paige knows the full scale of what her parents do, including murder, sexual manipulation, and recruitment of easily manipulated people Paige’s age, they would be on the run in a heartbeat. Its The Midges great ending that puts this idea into a better light. After killing the scientist, whose truth, lies, and lack of knowledge all contributed to his death, Philip asks Elizabeth if they should tell Paige about it. Probably not, as The Americans approach is “what they don’t know won’t hurt them”. It has a trickle-down effect: what Philip and Elizabeth don’t tell Paige keeps them safe, what Paige doesn’t tell Matthew keeps the three of them safe, because no one has forgotten that Matthew’s father chases Russians for a living.

8/10 – Another great episode that plays with the relationship dynamics of Philip, Elizabeth, and Paige, while putting the seasons main plots together. Also, Martha!