In which an old friend leaves, and everyone questions their choices

Character exits in The Americans can take on many forms, which is surprising considering the show’s premise. Apart from Nina’s execution most characters leave the Jennings immediate vicinity with their life intact but irreparably changed. There are some exceptions, Agent Gad’s botched Russian recruitment, and seemingly everyone bar the Jennings who were connected to the Centre in season two, but the norm seems to be an exit in the style of Gabriel’s. Last week I talked about the possibility of Gabriel reversing his decision to leave after being introduced to Paige: that Paige could learn from him the way that her parents had before her. It didn’t go that way, instead it only reinforced Gabriel’s need to leave, and his decision to end his relationship with Philip with the parting shot of agreeing that Paige should be nowhere near the family business. Still, there is a lot to unpack here before Gabriel’s farewell: starting with his proper introduction to Paige. 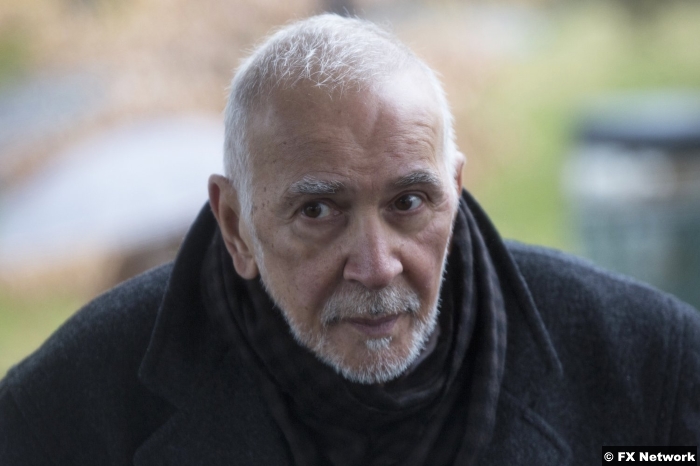 The scene featuring Paige, her parents, and Gabriel is significant for many reasons, not least that it is, and will be, the only time the four characters share the same space. What’s most clear is how each character represents the nature of sacrifice in this line of work. You have Gabriel: old and tired from to many years of death, and lies. You have Paige: fresh-faced and just beginning to understand the nature of the work, yet still having these revelations affect her in stressful ways. Lastly you have Philip and Elizabeth: the mid-point, the company couple who we have seen be built up and whittled down by this type of work, especially this season.

The group share some nice words, Gabriel is his usual warm and welcoming self, something which Paige responds to positively, and another wall comes down between the Jennings. This is another massive step towards Paige becoming a second generation spy, and the episode takes great care into laying more groundwork for that eventuality. Except there is still so much that Paige doesn’t know. She didn’t know anything about Gabriel, despite the fact that he knew everything about her, and was even something of a shadow presence in her life up until this point. These revelatory pieces of information from her parents feed Paige’s need for the truth, yet with every new piece it changes what she thought she knew about her own life. If I had one complaint about The Committee on Human Rights, it’s that it didn’t delve more into the reality of these truths, that Paige wasn’t more disturbed by this information.

In saying that, what we got instead with Paige proved to be just as interesting. It seems that the meeting with Gabriel, and the fact that it has brought her closer to her parents, means that she needs to make decisions in her own life to help protect this relationship. It’s loud and clear in her scenes with both Pastor Tim, and Matthew: two pillars of normality that she has clung to for dear life. The Pastor Tim scene has a knock-on effect for the Matthew scene, as Paige uses her advice from the Pastor to inform her decision to break up with Matthew. Her life is too complicated, a million more time complicated than what Philip can understand, and while it brings Paige closer to her parents, it separates her from the things that define herself in her own right.

Gabriel is leaving because he knows too much, and that knowledge has become a heavy burden. This leads to two tonally different goodbye scenes. His final farewell to Elizabeth is an extension of all there scenes together: tender, and paternal. It’s probably not a coincidence that Elizabeth’s relationship with Paige has gotten better since Gabriel re-entered her life. It’s also not a coincidence that Elizabeth as a character in general has softened. Thanks to Claudia, and her fairly vicious techniques, Elizabeth became the perfect soldier, regressing to a blunt instrument. With Gabriel, and the safe space to air her fears, and contradictions, has opened her up, and given Keri Russell material to knock out the park. The only difference from this scene to all the others that they have shared is that Gabriel lies to Elizabeth. Well, he doesn’t exactly lie, as the weight of the job has got to him, but the devil is in the details. to the Jennings about meeting Philip’s son was the last straw, but Gabriel is loyal to a fault, and he knows that Misha’s quest isn’t good for anyone. 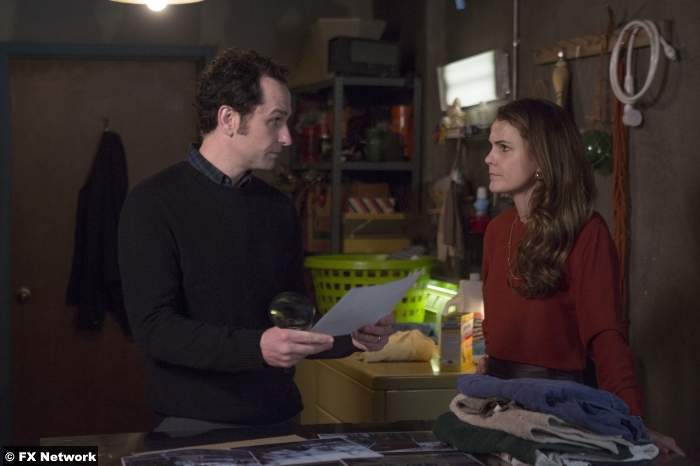 Philip may have wished that Gabriel had lied to him, or at least kept his opinions to himself, as he says his own goodbye. As a character exit, the way Gabriel leaves the show is more brutal than a betrayal, or a bullet to the head. The recognition of a bad decision, a decision that Gabriel forced Philip and Elizabeth to get used to, Gabriel now admits was the wrong thing to do. Paige is too far in to be pulled back now, something that fills Gabriel with regret as he meets her in person. It was easier toi push the Centre’s agenda with Paige when she was still an abstract concept of your charges child, but seeing her in the flesh, realising how the job that corrupted Gabriel, that corrupted Paige’s parents, will eventually corrupt her, is a bitter way to go out, and a bitter realisation for Philip.

8/10 – Despite not utilising the strangeness of the Gabriel meeting for Paige this was still a strong episode which provided a great farewell to Frank Langella.