The Americans: S05E09: IHOP – Catch up with the forgotten and the exiled in another great episode

IHOP is an episode that highlights just how good a show The Americans is by ignoring most of season five’s important plots to take a break and get us up to date with the victims of the collateral damage Philip, Elizabeth, and Stan leave in their wake. Season five has been mostly concerned with Paige’s gradual journey to become a spy like her parents, along with Philip’s crumbling psyche. IHOP decides to put these plots on the back burner, Paige isn’t even in the episode, in order to spotlight some of the show’s minor players. And how they are trapped in their lives.

Let’s start with Stan. The Jennings are the heart of the show so I’ll admit that I have been guilty of give Agent Beeman the short end of the analytical stick, mainly because his plot is one of the weaker ones. That was fixed this week, as the FBI, in the form of his superior, have new Intel on Agent Gad’s murder, that it actually was the KGB. This places Stan in an awkward position as he is told to use his leverage on Oleg to get more concrete info on the people that murdered his former boss and friend. It looks like he is being given a choice, but he isn’t, and the two sense: one with his current boss, and the other with Gad’s widow highlight this. It’s all in what they say, hat words they leave with Stan, and the audience. Stan’s boss says “think it through”, not think it over, meaning that they will move without him if they have to. Gad’s widow is of the same opinion, as much as Stan feels that revenge isn’t useful, and that it isn’t a good enough reason to destroy Oleg’s life, she tells him that he would have wanted revenge. She’s right, he would, and the character that was on the show for so long is exactly the type of person who would want revenge, especially after Martha. 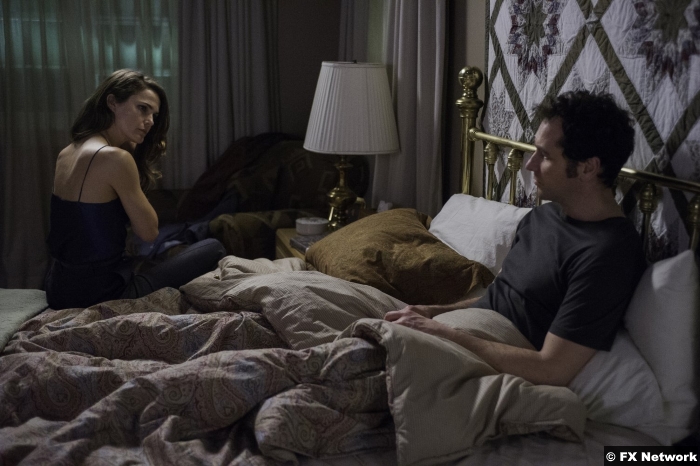 Which brings us nicely to two surprise returns: Martha and Gabriel. The scene that these two share is absolutely the best scene of the episode as Alison Wright and Frank Langella share a sense of loss, loneliness, and isolation that were caused by different circumstances. Martha is being taken are of but her life is a grey nothing, with tasteless food, and only a language teacher for company. All of her fears of being alone have come true, all because she was devoted to a man that didn’t really exist. She has been forced into exile. Gabriel, on the other hand, has forced himself into exile. Can I just say, how happy I am at the thought that Frank Langella is still be an active part of the show. Gabriel’s retirement is a pathetic exists. He tells Martha that what family he does have aren’t close to him, and that any romantic entanglements proved to difficult and got in the way of his job. He may be checking in on Martha to see how she’s doing, but the real reason is that he is lonely, that he has no one and is reaching out for some form of connection. Except he is looking in the wrong place. Why would Martha want any kind of relationship with Gabriel, someone who, through little fault but he can take some of the blame, reneged on the better life she was promised for her service. She has been forgotten, and she isn’t the only one.

The main theme running throughout IHOP is that of forgotten sons. Oleg, Tuan, and Henry have all been overlooked by their parents, surrogate or otherwise, and this episode spends a lot of time with them trying to make themselves heard. Henry, who has been doing so well at school (proud of you son!) wants to be sent to a private school that will nurture his academic gifts. His parents react as any loving parents would at the thought of sending their child away: they freak. The problem is, and this is something I think Henry is aware of, these are stock reactions. Yes Philip and Elizabeth don’t want Henry to go, but their focus has been on Paige for so long that they have completely forgotten about him. When Philip asks if Henry doesn’t want to live with them anymore it’s his guilt talking.

The same can be said for Tuan whose reason for not being where he was supposed to is the entirely believable situation that he misses his last foster family. This isn’t a big leap, and it’s something that the Jennings’ believe because they realise how lonely he is. 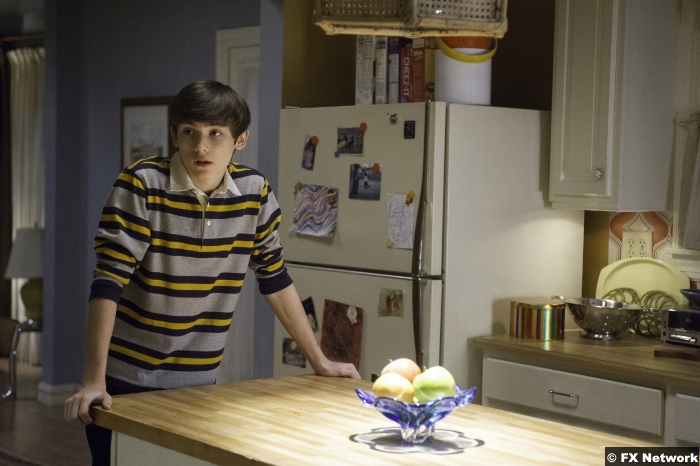 Finally Oleg who has been making waves in his homeland for some time now. After his room was searched last week, Oleg gets interviewed about his time in America, the kind of interview in which the specifies could result in a trip to a prison cell, and/or a bullet to the head. Oleg has always been in his brother’s shadow, which probably fuelled his decision to get a posting in America to get away from that disappointment, but he has returned a cleverer, and more ruthless man than when he left. Despite the constant intimidation tactics being thrown at him, Oleg isn’t budging, and he won’t be forgotten.

9/10 – IHOP is another skilfully rendered instalment of what feels like a spy saga. It also shows the depth of great characters at The Americans disposal.