The Americans S05E12: The World Council of Churches – A penultimate episode in which consequences are only hinted at

The World Council of Churches finds Philip and Elizabeth trying to come to terms with a decision that will affect their entire family. After the brutal events of last week, the toll of fighting for their country’s supposed freedom has exhausted the Jennings to the point that they’re considering returning to Russia. This is primarily concerned with parental relationships, and the consequences of the collateral damage that has built up throughout the show is affecting them. The Jennings’ main concern is how their children will react to being up-rooted from the only life they know. Stan’s informant is seemingly compromised due to a need to make her own surrogate family by shacking up with a man she feels would be good for her son, as well as her. Oleg must keep his own parents at arm’s length to make sure that they cannot be connected to his own treason. And Pasha has been manipulated by Tuan into attempting suicide in order to convince his parents to move back to Russia. All of these plots are moving closer to fruition, yet this episode only hints at what’s to come; perfectly setting things in motion for the finale. 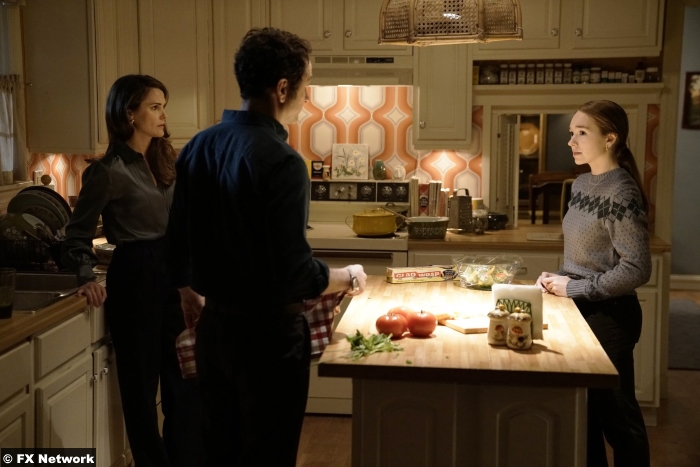 To start to understand this episode it’s better to take the point of view of the kids rather than the parents. Philip and Elizabeth are working through the ins and outs of their decision: getting things moving through a sympathetic Claudia, but it’s their children that this will affect the most. Paige and Henry are on completely different wavelengths. Paige is fully immersed in her parent’s secret lives, to the point where her own life, which is represented by the church and Pastor Tim, has been cannibalized. Her deeply symbolic act of throwing her cross into the trash says it all, and the fact that Elizabeth gives it back to her: because she has to wear it until Pastor Tim leaves, shows that her faith is now nothing more than an act. What’s interesting here is that this seems to make Paige feel better. Since learning of Pastor Tim’s departure she has been able to sleep through the night for the first time since the mugging. Add to that her own self-defence training shows that Paige has made her choice to go all in with her parents. 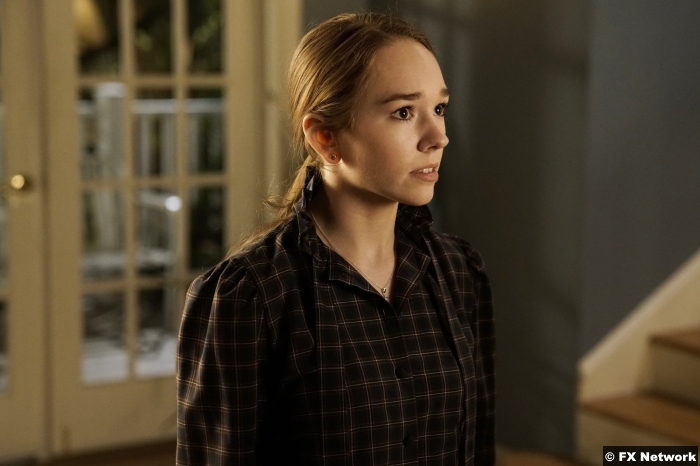 Henry is still clueless. The poor kid still thinks everything is fine, going so far as to cook his parents’ dinner as a thank you for agreeing to let him go to boarding school. As Paige has faltered in everyday life Henry has blossomed without the pressure of his parent’s secret life. Even though they don’t share any scenes in this episode, Henry’s relationship with Stan has provided him with a healthier, or at least more available, parental figure. What’s upsetting here is that Henry only has the illusion of control. He thinks that he’s getting what he wants, what he feels he has earned, with boarding school. What he doesn’t know is that his parents have no intention of letting him go.. Instead they want to take him away from everything he knows to a country that he thinks is the enemy. Even Claudia tells his parents not to tell him until they are already there.

Season five has hammered home The Americans warped sense of family. The season opened with the fake family in which Tuan is Philip and Elizabeth’s son, Gabriel is a surrogate father, Claudia a surrogate mother. Even the family name of Jennings is false. It may just be me, but each time Paige asks questions like where they got their names it feels momentous, but in a horrible way. Each answer further punctures her sense of reality, even if it is a reality that her parents have come to believe.

It’s the other way round for Oleg as he tries to keep his parents from implicating themselves by supporting him. This is a great episode for Oleg, even if his plot hasn’t been my favourite this season it does seem to be coming together in a compelling way. By far the best aspect of this plot has been Oleg’s relationship with his parents and how that has defined his actions in the food investigation. The horrible truth of what his mother had to do to survive the camps, coupled with his father’s idealised vision of him has made Oleg a better character than his time in America. He is a good man, but Russia doesn’t reward goodness, it rewards loyalty, and the KGB are putting the pieces of Oleg’s treason together. 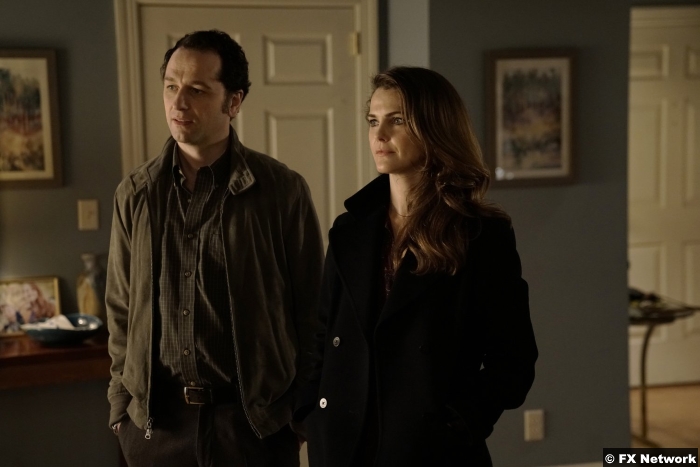 All of this family drama comes back to the fake family of Philip, Elizabeth, and Tuan. Tuan, in an especially callous way, thinks he has found the key to getting Pasha’s parents to return to Russia: Pasha attempting suicide. The episode ends on a cliffhanger of relatively small scale but this works in the show’s favour. As I’ve said in previous reviews: the collateral damage that is piling up around the Jennings is becoming untenable, and Philip can’t live with Pasha’s death on his conscience. It’s too cruel, too senseless, and to much of a risk that it will go wrong. After all the bodies that Philip has been responsible for, he, and Elizabeth can’t allow Pasha to die in such a horribly misjudged way.

8/10 – The pin has been pulled, the stage is set, and the finale of The Americans penultimate season is only a week away. The World Council of Churches is a masterful episode of table-setting, but with consequences only hinted at, it’s up to the finale to bring the goods.