The Americans S05E08: Immersion – Philip’s woes take a back seat

Immersion is not an action-packed episode, it doesn’t have any major twists or season defining moments, it is the perfect example of a table setting episode, and because this is The Americans it’s still fantastic. It’s a mark of the shows quality that quieter episodes like this still feel like essential viewing, and the reason for this is the excellent character work on show.

When I first started analysing fiction, TV, movies, and novels mostly, I was told by my college lecturer to say goodbye to the things that I used to enjoy, that breaking down these stories, seeing what makes them good, bad, and otherwise would almost certainly ruin my preconceived notions of fiction. The result didn’t exactly line up with this promise. Sure it’s easier to spot bad story-telling, especially like with a certain zombie show it hands you these criticisms on a plate, but it didn’t ruin my enjoyment of fiction, instead it enhanced it.

This recollection came to mind throughout Immersion, helping me nail down the one thing that any writer, director, and actor needs to get right in order for a show to be enjoyable. It’s easy: make the characters compelling. If you succeed at that then episodes like this, where certain pieces need room to be moved into place, you can fall back on the relationships that these characters have. Characters are key, that’s why, for example, Doctor Who has been one of my favourite shows for years, which even when the episodes are dire, the chemistry between characters and the relationship I’ve formed with them carries those episodes through.

Immersion isn’t dire, far from it, it’s one of the strongest episodes of a strong season, a season that continues The Americans habit of out doing their previous achievements. What has especially drawn me to the show this year is the continuing existential crisis of Philip, so when he is pretty much side-lined in this episode it helped me focus on the real strength of season five: Elizabeth and Paige. As I’ve said over the last few weeks, Paige’s immersion (Oh yes, I see what they did there) into her parents shadow world of international spying has brought her closer to her mother. In previous seasons Paige always seemed a little alien to Elizabeth, the parent who was more spy than human, but the real treat of Elizabeth as a character is how Keri Russel has humanised her more and more over the last five years, without betraying who Elizabeth is. She isn’t some ice queen, or indeed the blunt weapon that I had previously described her as, she was simply indoctrinated into a love for her homeland, a love that came before anything else. 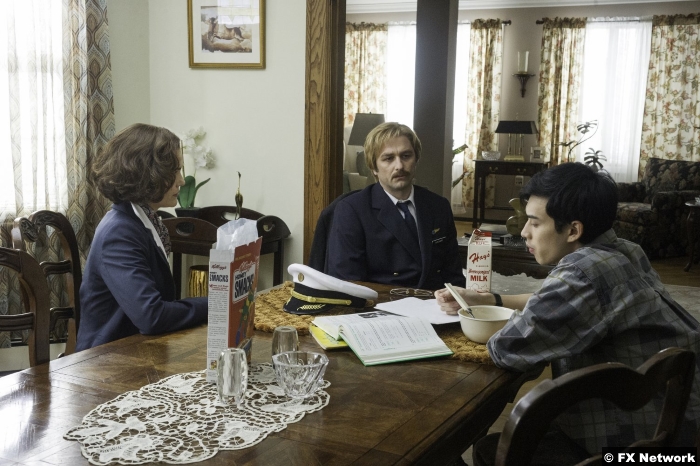 The skill in Russel’s performance is that Elizabeth has grown gradually, the further away she gets from the now abstract idea of the Soviet Union coincides with her deeper relationship with Paige and Philip. Russel is such a subtle performer that she can put across the twin sides of Elizabeth, which are the twin sides of the show: family/job, making them coexist instead of being at odds. It’s easier to spot this with Philip as he was already set up as the parent who had trouble with the job, but Elizabeth’s change sneaks up on you.

All of which brings us to Elizabeth telling Paige about how she was raped. Admittedly, I had a problem with this plot when The Americans first started, I thought that Elizabeth having been raped by one of her superiors was too obvious a way to show how tainted the country she grew up in was. Add to that the trend of TV writers using rape as a way to de-power in order to empower their characters, especially since its part of our introduction to Elizabeth, making it feel like a trope and an ugly one at that. I still feel that way about the first episode, but that storyline has been salvaged by Elizabeth’s talk with Paige. Yes it’s still used as a way to empower Elizabeth, but it is also used as a way to empower Paige by having her mother, the person teaching her how to be safe, being an example of how trauma like this can be overcome. Instead of the original storyline being a way to vilify the system that failed Elizabeth, this episode rightly focuses on character, focuses on how this revelation affects and strengthens the bond between mother and daughter. 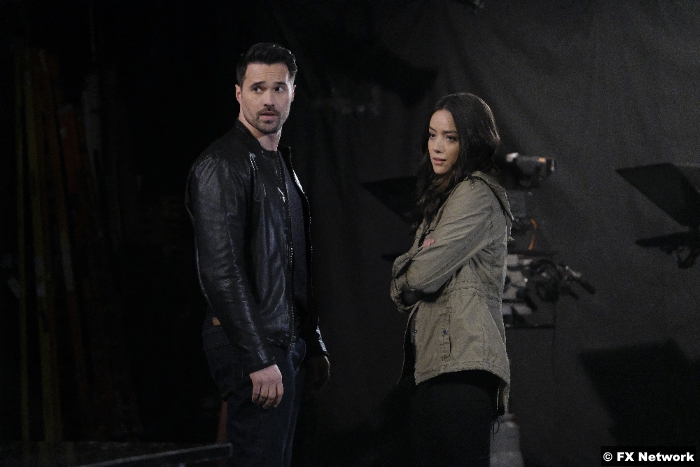 Elsewhere in Immersion Philip gets dumped leading him to change his attitude towards his undercover work, Stan plans to go skydiving, and Oleg is in hot water with his own government. As well as a great character study, Immersion also uses the shows stylistic approach for some great visual story-telling. A great example of this is Elizabeth’s probing talk with Evgheniya Morozov and her Russian class intercut with goons from Directorate K going through Oleg’s room. The breaking up of Oleg’s scene with that of Elizabeth at work is a great visual parallel for how Elizabeth operates. Just as the men are looking through Oleg’s room for possibly treasonous material, Elizabeth does the same as she analyses her conversation with Evgheniya for an opening. There are even subtle touches that speak volumes, like Oleg’s father accepting tea from his mother while looking over paper, caressing her hand and smiling only to have his shields up at his unwanted guests.

Immersion is full of these moments, moments that misdirect the audience while the plot is being intricately move forward and no other show can do this as skilfully as The Americans.

9/10 – In a word, masterful. Even in these quieter episodes The Americans remains on of the most engaging shows on television.