The Purge S02E02 Review: Everything is Fine – There are dire consequences for off-Purge crimes

One of the earliest questions I had about The Purge (in general) was about practicality. As in, how exactly does it all work to make things better? Those questions were mostly answered by later Purge films, especially The First Purge. But I still wondered about other practical details, like, who handles the cleanup? That question is answered in the first few scenes of this week’s episode. And then other questions reveal themselves. 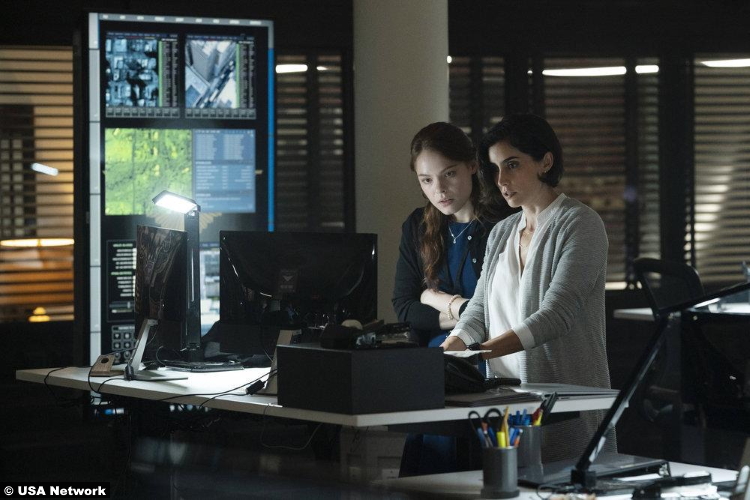 Like, what’s it like to live in the post-Purge? Well, of course, it all depends on what happened to you during the Purge. If you’re someone like Ben, who was terrorized and forced to defend himself, it’s not the best. Ben is clearly experiencing some kind of post-traumatic stress. He’s got support, in the form of his girlfriend Kelen (Danika Yarosh), but it may not be enough. All signs are showing that his experience tripped something in his brain, making him maybe a little more bloodthirsty. We don’t spend a lot of time with him this week, though, so we still can’t tell. We can tell, however, how he’s connected to Esme’s story.

I didn’t mention this last week, but Esme witnessed a murder. That’s certainly not an unusual occurrence for someone in her position, except that she knew the victim. Drew Adams (Avis-Marie Barnes) was a professor at Ben’s university. At some point in her life, though, she was very important to Esme. Although it’s not made clear, something terrible, maybe involving her sister, happened to Esme when she was younger. Adams helped her through it. And now Esme knows something isn’t right about Adams’s death. 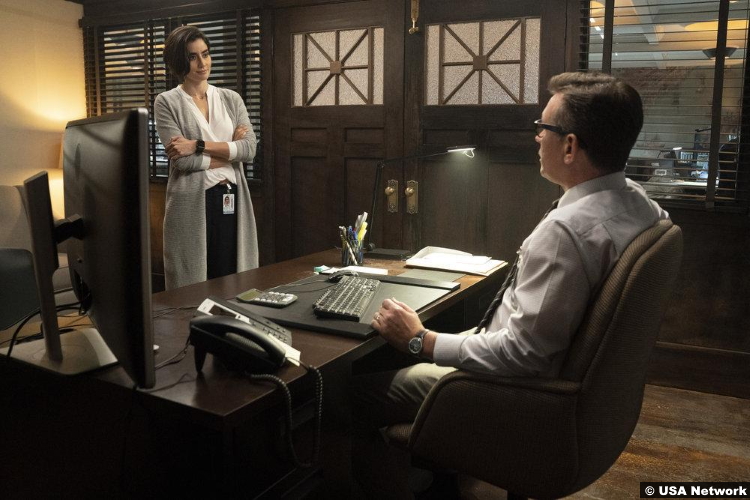 So even though her boss, Curtis (Conner Trinneer), tells her she can’t spend time on it, Esme is going to investigate. There are still some unanswered questions. Why, for example, when Adams heard the wolves at the door, did she hesitate before leaving the house? There’s no surveillance inside the house to help Esme figure that out, but there are smart devices. (I KNEW you were listening, Google Home. And Alexa.* And Cortana. Look, I have a lot of them.)

So she listens in through Adams’s various devices. It’s not the most illuminating activity–there are no conversations, for instance–but she can hear certain noises, like a strange creak. When she goes in person to investigate the house, she finds that the creak comes from a stair step. On the recording, it was kind of a creak, then a soft whump. That’s because Adams was lifting the step to hide a manila envelope inside. What’s in it??? Well, we won’t find out this week, but whatever it was, she was killed for it.

And speaking of being killed for things, Marcus. The mysterious assassin shows up in Marcus’s hospital, but Marcus only gets the phrase “Ivory Road” out of the man before he dies. With help from his son, Darren (Denzel Whitaker)–also a student of Professor Adams–Marcus learns that Ivory Road is a darknet market wherein you can place and buy hits. Someone offered $75K for Marcus’s murder. And if they’re willing to pay that much in a world where murder is legal on one day–meaning they could just do it themselves for free–I have a feeling they’re not going to wait 364 days to try again. 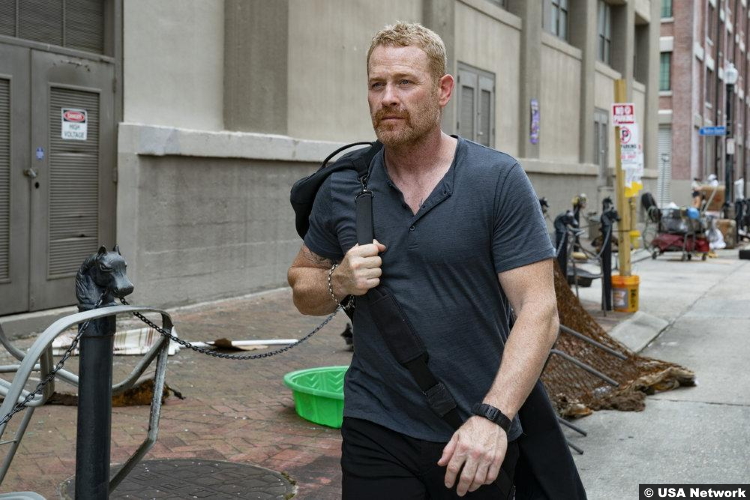 But they should, because there are dire consequences for off-Purge crimes. Last week, during Ryan’s heist, they discovered there wasn’t as much money at the bank as they expected. Tommy (Jonathan Medina), one of Ryan’s crew members, went back inside to get more of the loot. Unfortunately for him, the sirens started while he was still technically inside. That means he committed a crime outside Purge parameters, so he’s picked up by an NFFA goon squad. They’ll hold him until the next Purge, when murder is legal again, and then he’ll be executed.

Yikes. Meanwhile, Ryan’s trying to hold it together for his family and his crew. He has enough to pay for his mother’s nursing home, but the smaller take they all got is stressful for all of them. This week, he starts trying to track down the rest of the money. That is, the money that was supposed to be at the bank. Clearly, they moved it before Purge night, and why wouldn’t they? But Ryan’s got a look in his eye that seems like he believes it belongs to him. And that’s all fine and good. For one night. But this is the rest of the year.

7/10 – While this episode doesn’t have the typical thrills and chills of most Purge excursions, I still love seeing all the little details unfold. Tell me more!

*Fun fact: When I write, I read aloud as I go. When I said that lady’s name, she heard it and said, “Hmm.” They’re always listening.