I’m sure we all had our expectations for how the Stanton party would turn out. Those daggers would be used, obviously, and at least one of the Betancourts would be in danger, probably. Well…kinda.

When Catalina warned Jenna to get out of the house last week, her warning had nothing to do with anything the Stantons had planned. As we find out this week, the episode title refers to a nascent revolution, whose first big target is this party. After it became clear what the daggers were for–sacrifices, of course–Jenna went upstairs to find Lila. Rick stays behind, though, and it’s a little foggy here. Did he…did he kill someone? 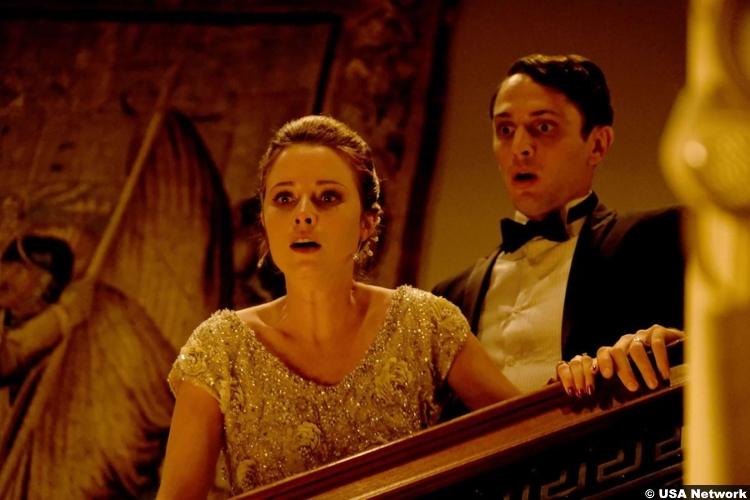 Stanton practically demands that Rick return Jenna to the party, so they’re both upstairs when they hear the clamor outside. An armed mob is descending on the Stantons’ lovely home. Earlier, Catalina had told Jenna to go to the basement, so that’s where they go and I have to say, nothing in the scene is more terrifying than the lifesize nutcracker dolls stored down there. Catalina lets them out and tells them where to go for safety. As for Lila, her fate is undetermined, because as Catalina tells them, “No Stanton is safe tonight.”

The Betancourts get out while the gettin’ is good, because unlike the potential martyrs Rex collected, they know better than to turn on the people who helped them. After a brief struggle, Miguel knocks out Rex and frees his captives, one of whom then tries to carjack him. As for Rex, Miguel uses him to get into the Carnival of Flesh. It’s not the best plan, especially because Rex is recognized and set free as soon as he comes to, but I’m at a loss to come up with a better one. 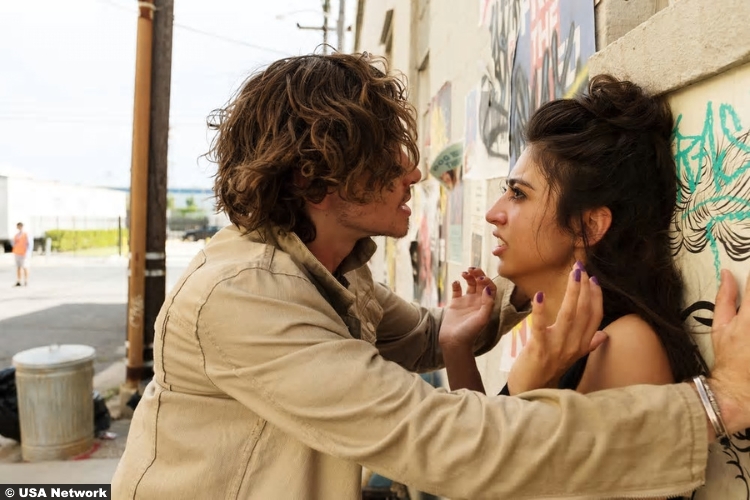 As it turns out, the guy who bought Penelope last week is her ex-boyfriend, Henry. Through flashbacks, we see that he was a sweet, if kinda aimless fellow when they first started dating. But then he got heavier into drugs, and he got Penny into drugs, and then he became violent. He was threatening Penny one day when Miguel defended her and ended up taking out Henry’s eye. It’s pretty heavily implied that that’s why Miguel into the military–it was his sentence for roughing up Henry. And it’s more than implied that it’s what led to the rift between Miguel and Penelope–she feels like he abandoned her. She was left behind in rehab and easy pickins for a grifter like Good Leader Tavis, who started out as Penelope’s social worker.

Henry was already in a purgin’ mood–he’s here, ain’t he?–but seeing (and buying) Penelope has him really inspired. He’s going to burn her at the stake. Before he can get around to that–like every supervillain, he has to monologue first–Miguel finally makes it to his sister. Unfortunately, he’s captured by security right when that happens, and then Henry wants to buy him, too. 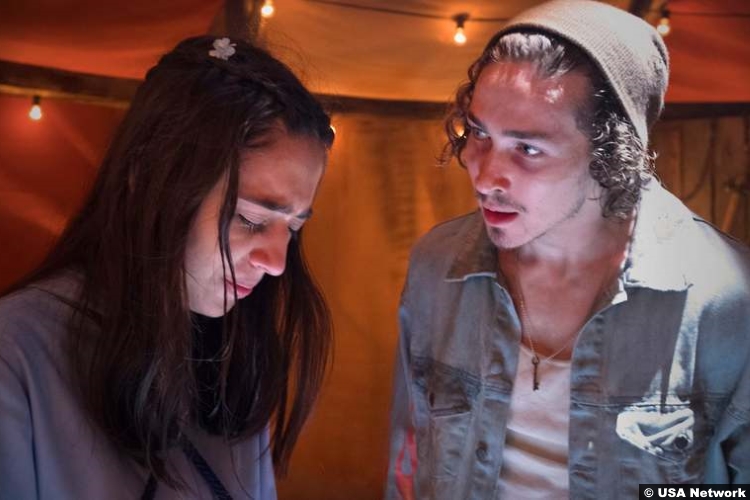 Like the Betancourts, their fate is left hanging until next week, so let’s go back to Jane. The stop the Matron Saints have to make is to rescue a woman in a domestic situation and so, we get to see how they handle those. Basically, they brand “PIG” on the man’s forehead and take the woman with them. Jane is aghast. And the whole scene is played very oddly. It’s almost like, we’re supposed to think the Saints are doing something so egregious, but…forget it, Jake. This is Purge Town. I’m just saying, in the grand scheme of bad things people do to each other on Purge night, this barely moves the needle.

8.5/10 – This episode gets a bump because I have to admit that of all the possibilities at the Stanton house, a coup never occurred to me. And as we’re here at the halfway point, I’m excited again. I don’t know what the rest of the night has in store for the Betancourts, but, hey, Rick still has that handmade dagger, right? As for the rest of it, while it was cool to get a better handle on Penelope’s point of view, I’m not sure I get her point of view. I’m not sure she does, either. She seems torn between her cult programming and the understanding that “This night doesn’t solve anything.” As for Jane, she’s finally made it to David’s place and the door just opened for her. That seems ominous, so of course, let’s go right in.