The Purge S01E04 Review: Release the Beast – What do y’all think is up with the daggers?

We are now about halfway through Purge night and about halfway through the series. We’re still learning about our characters, so this week, we ride in the flashback machine with the Betancourts. It turns out that despite getting through some marital troubles, they might not be stronger at the broken places. But before we get to them, let’s check back with in Jane and Alison.

*cut to a blood-spattered office* Oh, is this a bad time? So while Alison had that kind of funny line last week about her promotion, it seems that she might have been in shock. And now the shock’s breaking, for both her and Jane. As what she’s done sinks in, Alison starts to panic about people, like her parents, finding out about it. As for Jane, seeing a violent death up-close shakes her. She’s clearly rethinking her decision to hire Bracka–a decision, by the way, that Alison knows all about. So after leaving a message for her mom that she loves and forgives her, Jane heads out into Purge night to stop what she’s put into motion. 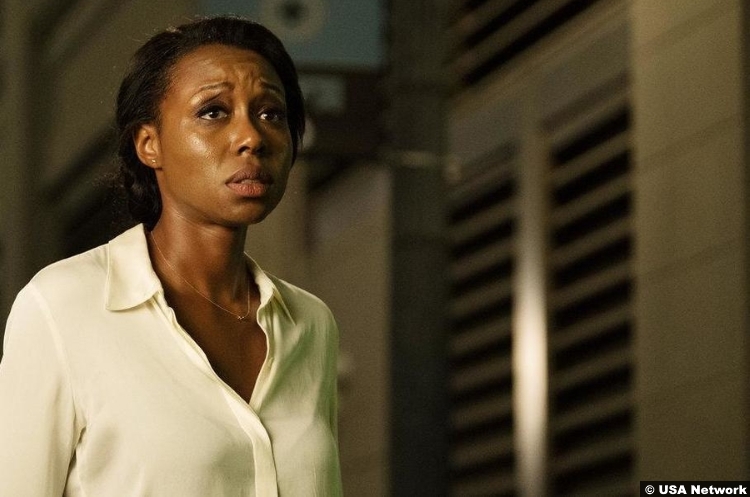 She’s almost immediately attacked by a man who forces a drug concoction into her mouth, but she’s saved just as fast. Her saviors are the Matron Saints, a group of women who patrol on Purge night. Their appearance answers one of my (many) questions about the Purge, specifically about the kind of crimes committed. The movies depict only lethal crimes, but as all crime is legal, that means a number of other crimes are also being committed. That would tend to include gender-based crimes as well.

The Matron Saints confirm as much, saying that women die on Purge night at 3x the rate of men. So the Saints hit the streets to stop as many attacks on women as they can. When we see them last, they are stopping for a call before they drop off Jane, who’s been given an emetic.

So let’s join the Stanton party, already in progress. While Rick is still glad-handing, Jenna’s upstairs with Lila. She’s unsurprisingly still upset about seeing Lila’s dad just straight-up murder a man, and she asks Lila how she could bear it, growing up in this world. Lila says she turns away when she has to and the rest of the time, she tries to use her father’s money for good. On that note, she can easily see Rick getting seduced by the money and the power of being part of the NFFA. 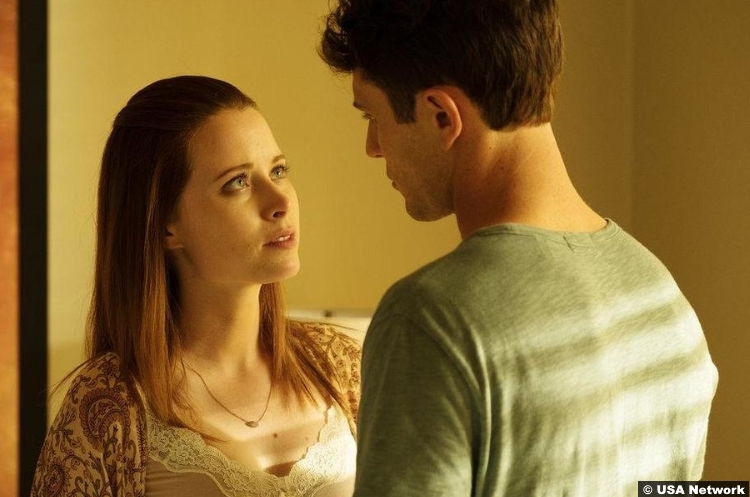 Although she has a real point, it’s hard to take coming from her. As we see in flashbacks, the threesomes with her were a way to spice up the Betancourt marriage. Jenna and Rick made a promise to each other, though, that they’d never be alone with Lila, as that would constitute cheating. And then one day, Rick came home and found Jenna and Lila in bed together. I honestly don’t know how, because he could not possibly have made more noise coming into the house and up the stairs, yelling for Jenna the entire time.

After that, Lila became “unstable.” Bear in mind, though, that this description comes from Rick. Not only is he just as unreliable a narrator as Lila, but there is a long history of dismissing women having emotions as crazy. Anyway, Jenna vowed never to see her again and the Betancourts resolved to work on their marriage together.

Now, however, they’re at this party and Jenna’s coming from upstairs with Lila. Rick can’t bear it and causes a minor scene, which he then has to explain away (to Lila’s father) as a “spirited debate.” It’s all bygones, though, because something new is about to happen at the party. When we leave everyone, it’s not clear exactly what’s going to happen, but the servants bring out platters with daggers on them, Lila leaves the room, and Catalina (Paulina Gálvez), a Stanton housekeeper, takes Jenna aside to tell her to “leave this house.” That’s probably a good idea, but how is she going to do that? The house is on lockdown. 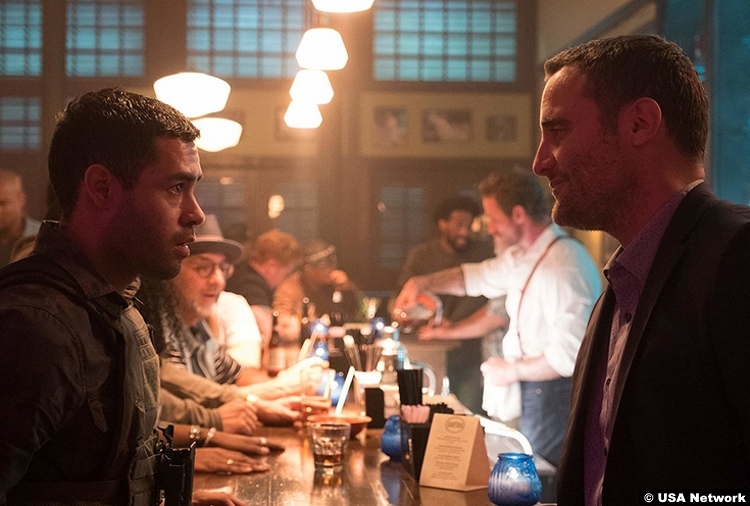 Meanwhile, Miguel is being taken to Penelope by Rex the Cowboy (Christopher Berry). They get along well, considering the circumstances, but then Miguel realizes that Rex earns his living by collecting people to be victims. This is a very interesting turn because Miguel so far has been shown to be a pretty good guy. However, he won’t hesitate to act when he has to. So will he let this go if it means he gets to Penelope? I don’t know yet, but I am reminded of a couple of lines from John Connolly’s The Lovers: “You cannot perform acts of evil in the name of a greater good, because the good suffers. It is corrupted and polluted by what has been done in its name.” Just something to think about in this branch of the twilight zone.

And something to think about where the nuns have taken Penelope, a horror show called the Carnival of Flesh. It’s a fair, wherein people can purchase victims and then murder them in all kinds of ways. It’s fun for the family and it’s not all that unbelievable, considering I could show y’all photos right now of smiling 20th century crowds surrounding lynched bodies. Penelope, by the way, is eventually auctioned off for $2000 to a man she knows and it doesn’t look like he has anything pleasant in mind for her. (The sad man auctioned off before her was sold for $45.) 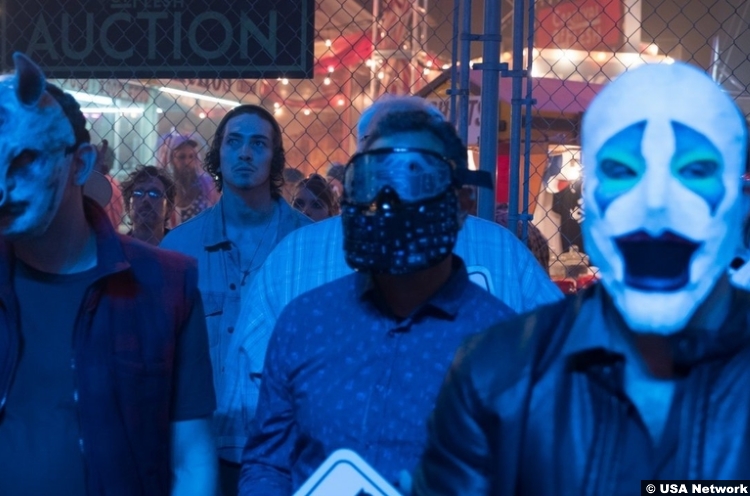 It’s not looking good for Penelope (or any of the people we know) at this point, but it’s nice to know that there are people out there trying to turn the tide. The masked man, who does turn out to be Lee Tergesen–who could have guessed?!–may have failed this week, but he’s trying. And that’s worth something, too.

8/10 – While the backstory for the Betancourts was in no way surprising–it really just confirmed our suspicions, right?–it’s still a good idea to let us get to know them.  On that note, what do y’all think is up with the daggers? Speaking of your thoughts, I know many of you are suspicious of Tavis, so I’m sorry that her story wasn’t explored this week. She is supposed to appear next week, so maybe you’ll get those suspicions confirmed, too. But as things stand now, almost as the halfway point of the series, who knows what could happen next?