The Purge S02E01 Review: This Is Not a Test – I’m ready to see what happens next!

As we’ve previously established, I love to talk about The Purge. One of the things I’ve been curious about, though, hasn’t been covered that much. The behind-the-scenes aspect of Purge night–how it’s managed–has never really been a focus, probably because it’s not as exciting as the general mayhem people get up to on Purge night. But as a Purge scholar, if you will, I am VERY excited. Because now, we’re peeling back the curtain. 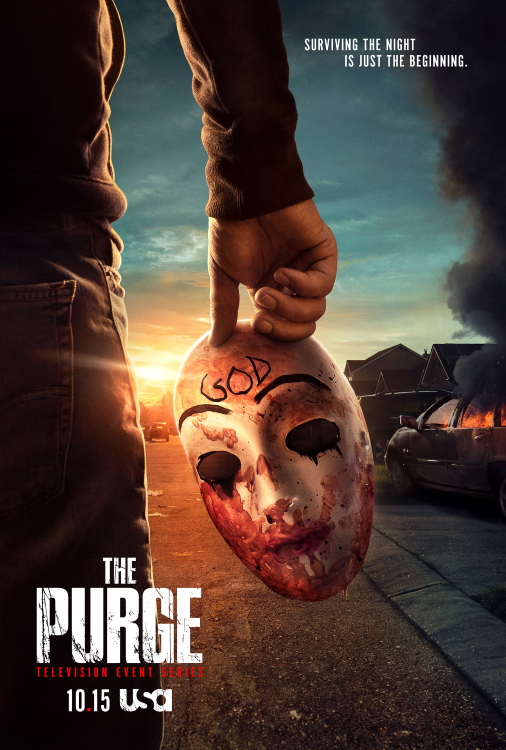 We knew going into season 2 that we would meet a whole new cast of characters. The format and the storyline, though, were still a mystery. Would we go overseas, as the season finale seemed to hint? Well, now we have the answer and it’s “Nah.” We’re still in New Orleans, but this time, we’re acknowledging it and we’re going to see the preparation for the Purge. We’re going to start, though, in the waning hours of one Purge night.

Well, technically, we start with a lady auditioning for the voice of the Purge emergency broadcast. We probably won’t come back to her, but it’s a fun detail. We start with our characters for this season, as they wind down another night in the post-Purge America. 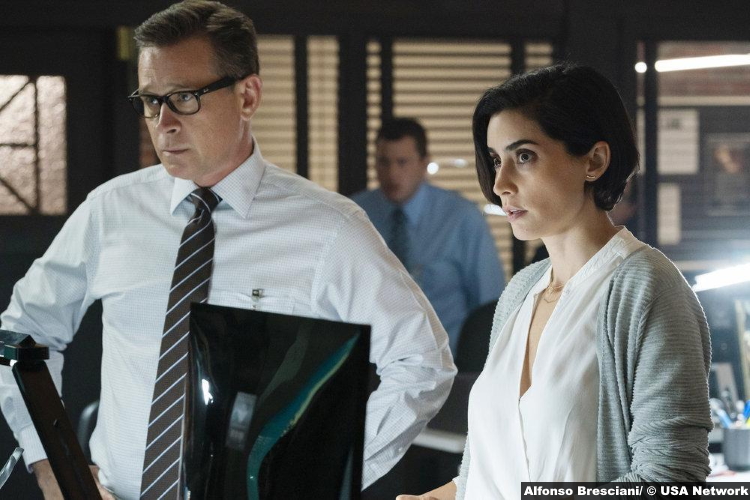 There’s Esme (Paola Nuñez), for example, who works in an NFFA surveillance center, keeping watch over the Purge participants. This storyline might not be the most intriguing for other folks, but I was RIVETED. We watch Esme and her coworkers as they watch other people, cataloging who is using illegal weapons–nothing above class 4, remember–and who’s still being naughty when the end sirens blare.

And speaking of Purge details designed specifically for me, I also liked the heist storyline, which introduces us to Ryan (Max Martini) and crew. I know murder and violence get the most airtime in this franchise because they’re the flashiest, but they wouldn’t be my Purge crimes of choice. As I mentioned before, my Purge plan is a pile of cash and at least one stolen dog. 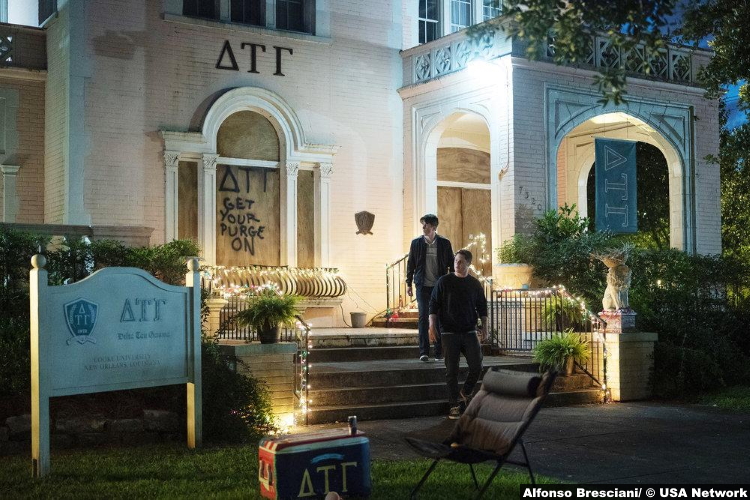 There’s also gotta be a lot of crime tourism at this point–people going out just to watch what happens, I mean. We know they’re doing it from home–we saw that last season with the televised gauntlet. It stands to reason that others would be a little more adventurous.

That’s where we find Ben (Joel Allen) and his frat brother. They’re going out to see the sights–if by “sights,” you mean the suicide bridge where people hang themselves. Rad, dudes. Unsurprisingly, they end up in a tangle with an actively bad person and Ben kills his way out. I have a feeling we’re going to come back to this–all the feelings committing an out-of-the-blue murder stir up. 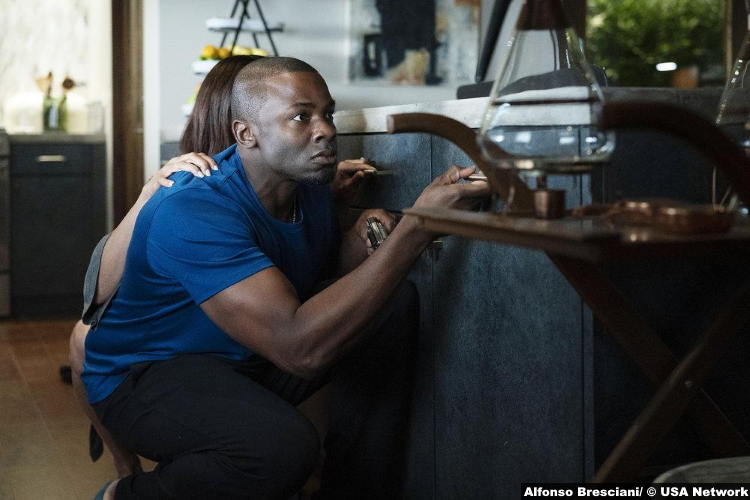 It’s also not great, though, if you’re the focus of someone’s violence. That’s what Marcus (Derek Luke) is finding out, as the hours tick down. He and his wife Michelle (Rochelle Aytes) are in bed snoozing on Purge night. (If I can’t do money crimes, then this is my other choice.) Then the house shutters start raising as the home security is disabled. There’s a bit of a cat-and-mouse thing as Marcus and Michelle try to evade the intruder in their midst.

Marcus does manage to fight off the would-be assassin, and it could be chalked up to just a random Purge-night thing. Like, wow, that was a close call. Many people have close brushes with violence even outside of Purges, so it’s not that unusual. Or at least, it normally wouldn’t be. But when Marcus finds the guy’s phone, it’s full of pictures of Marcus, oblivious, just going about his day to day. Someone was clearly targeting him. Maybe it was the dead guy in Marcus’s yard or maybe it was someone else. A more important question, though, is will they wait another year for another bite at the apple or will they get impatient? I guess we’ll find out.

8/10 – This episode was a bit slow at times, and I don’t think we really got as good an introduction to the characters as we could have. When Ryan has the stand-off with his crew member towards the end, for instance, the stakes didn’t feel like anything because we didn’t really know these guys. But still, this is the world of the Purge and I know they’ve got some tricks up their sleeves, so I’m very ready to see what happens next.