As there’s been some discussion of it in the forum, I’m pleased to announce that I have a definitive answer regarding the timeline. The show takes place between the first and second movies, approximately ten years after the first purge. And speaking of the first purge, we learn some things about it, too.

If you didn’t see the movie, then what you need to know is that the first purge took place on Staten Island. Residents of the borough were paid to stay on the island and participate. Miguel and Penelope’s parents signed on because they were led to believe that they could just stay in their home and they’d be safe and collect a cool five grand when it was all over.

It didn’t turn out like that. Purgers came to the building and killed their parents. Miguel and Penelope, who were still children, were hiding in a closet, and thanks to the louvered doors–always great in a horror–watched their mother be murdered. 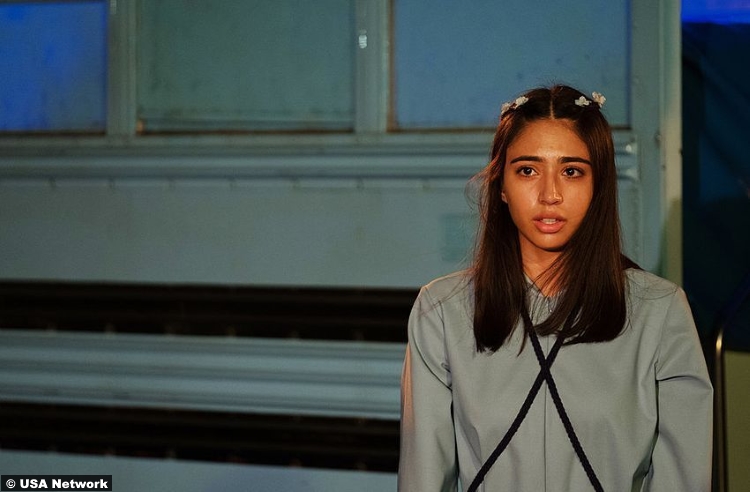 So, yeah, that explains a lot about how they turned out. It’s not uncommon for people to kick drugs or alcohol and then replace them with religion and as I watched Penelope’s journey, I realized that’s what’s happening. The drugs couldn’t cure what happened, so now’s she turned to Tavis and this nonsense cult. And now it’s her turn to be purged.

Because of what happened on that March night a decade ago, Miguel and Penelope are what’s known as OMF, or Original Martyr Family. This intrigues the two reporters who give Miguel a lift when he’s trying to track down the bus. But Miguel doesn’t want to be a spokesperson. He just wants his family back.

Those journalists gave him a ride, by the way, because they’re friends of Pete the Cop. It turns out that while negotiations are hard on Purge night, that sweet, sweet Chevelle SS goes a long way in making friends. It can’t help Miguel find Penelope, though–at least not this night. He just misses her, which stings. 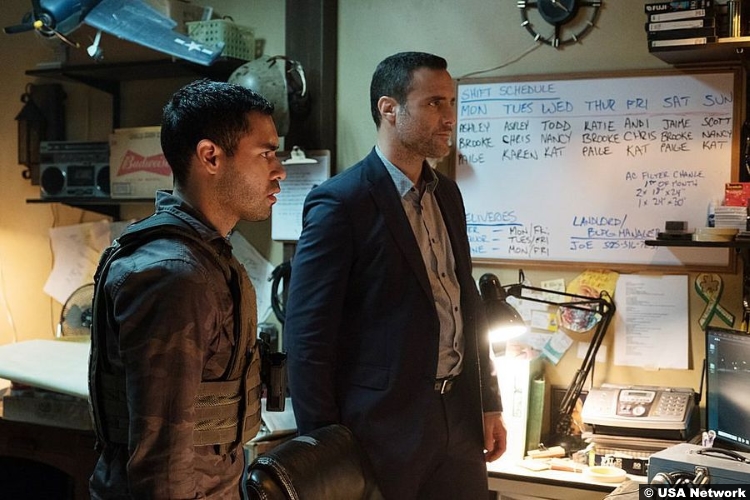 But speaking of negotiations, Jenna and Rick managed to close their building deal with Albert Stanton. I was ready to agree at 40%, but Rick gets him down to a 35% stake in the company and a seat on their board. It’s all wonderful, if a little uncomfortable because Stanton doesn’t seem that pleasant. He’s the kind of guy who jokes that he only gives to the poor when he pays taxes and then follows up his “joke” by saying, “I’m just kidding. I don’t pay taxes.” I’m just saying, he’s the kind of guy who will probably later insist they cut corners on safety or gets some important regulation lifted because he doesn’t care that there’s blood on his hands.

Because there is literally blood on his hands. After he and the Betancourts agree on their deal, he has his minions bring in some employee that was caught stealing from StantonCorp or whatever it’s called. He’s about to shoot the guy, because it’s so much easier than having to like, go through things the regular way, when he’s like, “Oh, goodness–where are my manners?” and gives the gun to Rick. And for a second there, it really seems like Rick is going to shoot him. But then Jenna is like, “Hold up. We’re not into this.” So Stanton shoots the guy himself. 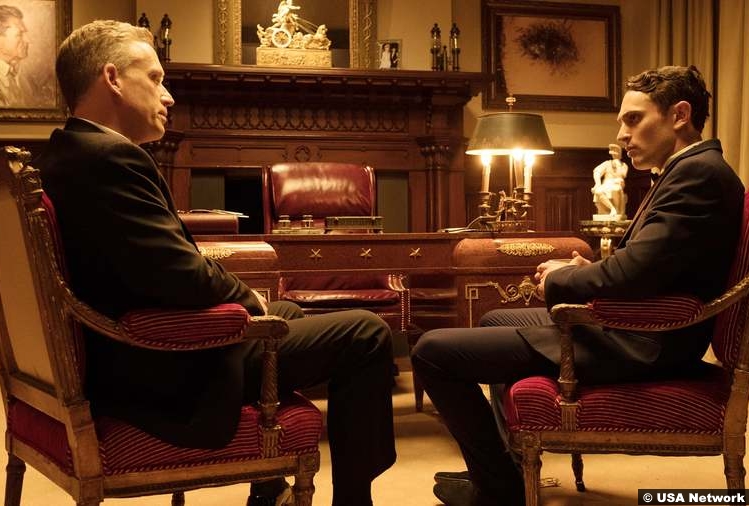 Jenna is pregnant, by the way, and she could have used that as an excuse. “Please, not in front of my baby,” etc. But considering Stanton’s weird comment about wanting a grandchild–who just brings that up in a business meeting?–it’s probably best to keep that card close to your chest. Except oops–she told Lila. That’s going to come back to haunt her.

Over at Ryker Financial, Jane and the gang close that Japanese deal. Well, that was fast. How long could they have been working on it? An hour or two, tops? Anyway, Jane is nervous about Bracka and trying to check the app when David video-calls in. He’s a little irritated that she didn’t call him about closing the deal and then someone rings his doorbell. He comes back a second later, joking that it was the pizza guy–and for a moment, I was like, “That’s a dedicated delivery man”–but who was it, really? Who just shows up at someone’s house on this night?

Jane is interrupted in her app-checking by Mark (Adam Stephenson), who’s been competing with Alison for a promotion. It’s been clear that they’ve been cozying up and he sweetly tells Jane that he wants to go far in the company. However, if Alison gets the promotion, he’ll understand and he’ll keep working hard so it’ll be his turn next.

Sweet guy. Too bad Alison murders him like, five minutes after that. Jane is the one who comes upon the scene and it’s a little distracting, to say the least. I have a feeling this isn’t going to be the only thing that goes wrong for her tonight.

Meanwhile, though, the mysterious masked man (it’s Lee Tergesen, isn’t it?) rescues a woman being attacked in her home. How long before he and Miguel join forces?

8/10 – Although the show is clearly dragging out the story–witness that missed connection between Miguel and Penelope–I’m okay with that. Because while it’s also making me ask a lot of questions, they’re interesting questions. Like, who are the “nuns” who took Penelope? And it’s answering questions, as well. I don’t mind if it takes a moment to get to the destination, as long as the journey is entertaining.