The Purge S01E07 Review: Lovely Dark and Deep – Puzzled about Miguel and Penelope’s storyline this week…

That the episode title is a quote from the poem “Stopping by Woods on a Snowy Evening“ and that it’s a direct description of the woods, you’d probably think that means we’re spending a lot of time with Miguel and Penelope this week.

Well, you’d be wrong, because everything’s unpredictable in the topsy-turvy world of Purge night. Although it’s spread out, we barely even see Miguel and Penelope, who go traipsing through the woods for some reason. Seconds before Penelope got caught in that trap, I was thinking, why not just chill in the woods for a few hours? It’s almost over. Then she got trapped. But she’s fine now. I guess they’re going to have pancakes. 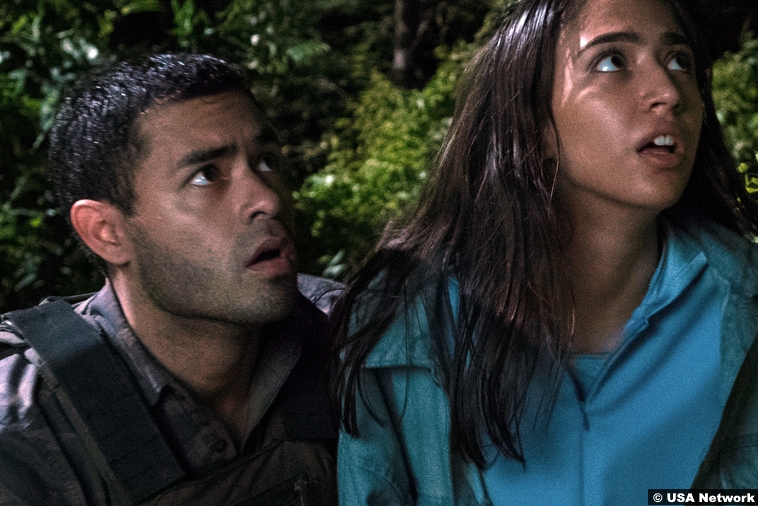 While we sadly watch them walk away toward delicious pancakes–bring some back!!!–it’s time to get another flashback with Jane. This time we’re going markedly further back, all the way to Jane’s teen years, in fact. We’re going to find out the source of the tension between her and her mother.

It’s no surprise that Jane was an exceptionally bright teen. What is surprising is that her mom cajoled her into beauty pageants, because of the scholarship money. I’m surprised because it doesn’t make much sense. It comes right after we see Jane’s high school teacher basically say that she’s a shoe-in for academic scholarships. So why does teen Jane need to bounce around in a bikini? 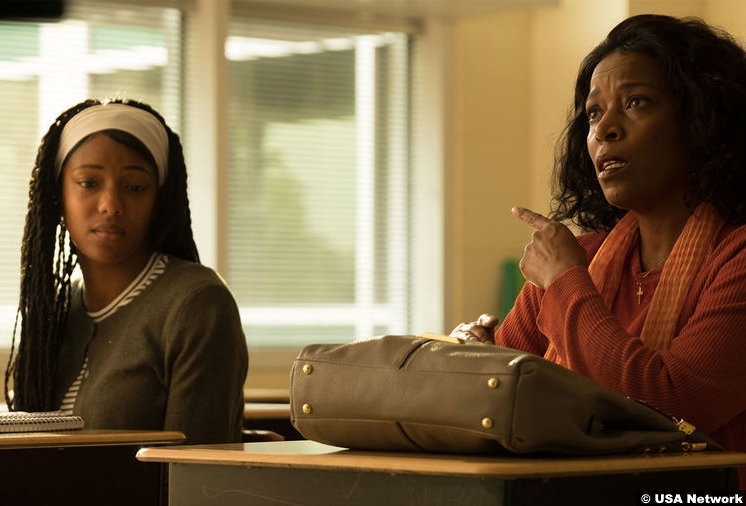 Maybe Jane’s thinking the same thing. Because, as it turns out, this is just the beginning in a fundamental difference between Jane and her mother. Her mother believes that you have to play the game to get ahead–be nicer, show a little skin, etc. Jane initially goes along with it, but then she just can’t. It’s just not in her nature to eat shit. And suddenly, her actions last week make a lot more sense.

Jane has an idea of herself and of the world. But that idea can change. So while the whole reason she ended up in this mess is because she couldn’t go through with having David killed, once Joe frees her, that reluctance is gone. But I still have a feeling that this night will stay with her.

For most people, when you play the game–when you let people treat you like an object–it chips away at you, whether you want to admit it or not. You can try to hide it, but those pieces are still missing. That’s what I think is behind Anya’s actions. She was too scared before–all she needed was a little nudge. 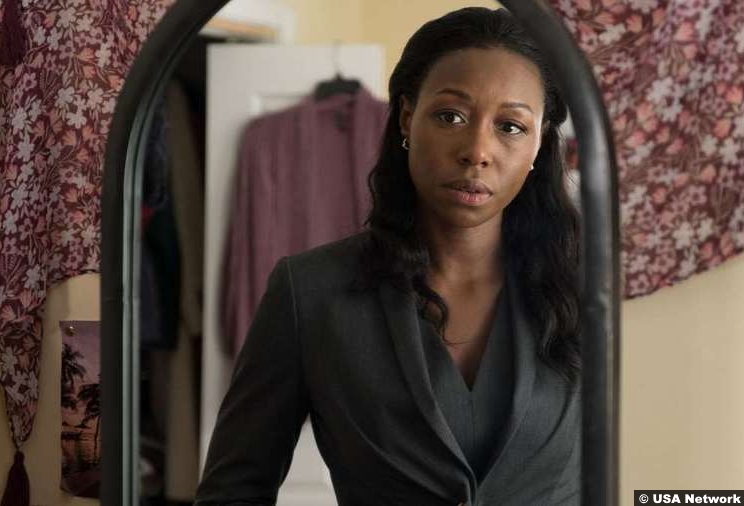 And speaking of people who are close to the edge, Rick and Jenna’s bonkers neighbor, who sneaks into the house after the Betancourts let Lila in. Any regular reader of the subreddit Legal Advice is familiar with this guy–he is the prototypical nightmare neighbor. Anyway, he’s dead now, executed by Lila in a murder that really made me flash back to Banshee.

Lila’s story about her escape from the Stanton mansion raises red flags for Rick, but he’s trying to be supportive, for Jenna’s sake. On that note, Jenna has decided they’re moving, because who wants to raise a baby feet from where your girlfriend stabbed a man? It’s a good question, but I’ve got a better one. How do y’all think Lila escaped the mansion? Do you buy her story?

7/10 – While the flashbacks definitely help ground Jane’s actions in a more believable context, I’m puzzled about Miguel and Penelope’s storyline this week. It just seemed like filler, despite the promise of pancakes. The real excitement was happening inside Chez Betancourt, where everyone’s trying to pretend that everything’s going to be okay. Sure, but…y’all see what’s on the news, right?