The Purge S01E09 Review: I Will Participate – Joe’s full plan is revealed!

Well, well, well. At long last, Joe’s full plan is revealed. My vision of what he had in store for the rest of our friends was fuzzy, to say the least. I truly couldn’t imagine anything so…how do I put this?

DUMB. Yeah, that works. Not the planning and the execution of it, which are remarkable. But the fact that all that work is in service of the dumbest motive. 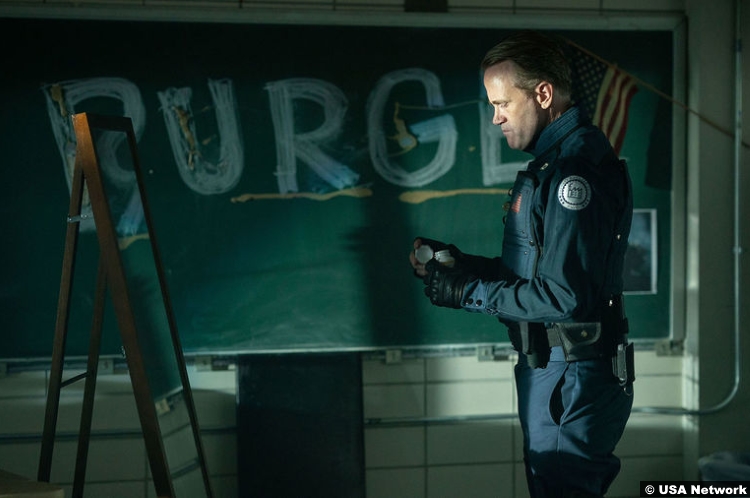 As it is revealed, Joe has saved all these people to put them on trial for their crimes against him. Some of them may be valid complaints. The first person put on trial, the man he saved from a beating, was Joe’s high school bully. He made teenage Joe’s life a living hell. But still. The fact that he’s held on to that pain for 30+ years is just sad.

But as we see his reasoning for the other people, it becomes obscene. The woman he saved, I didn’t recognize earlier, but she’s his former boss. Her crime is what, exactly? Not arguing hard enough when the plant got shut down?

Then there are the people we know. Penelope’s grand crime, as we find out, is that she didn’t say “thank you” when Joe held a door for her. I see door-holding as kinda like a transaction. Someone holds a door for me, I go through it, and then I acknowledge it by thanking them. Sometimes people jump the gun, though, and I’ve had more than one person huff “YOU’RE WELCOME” at me before I’m even across the threshold. So I guess they’d come after me, too, on Purge night. (Better not.) 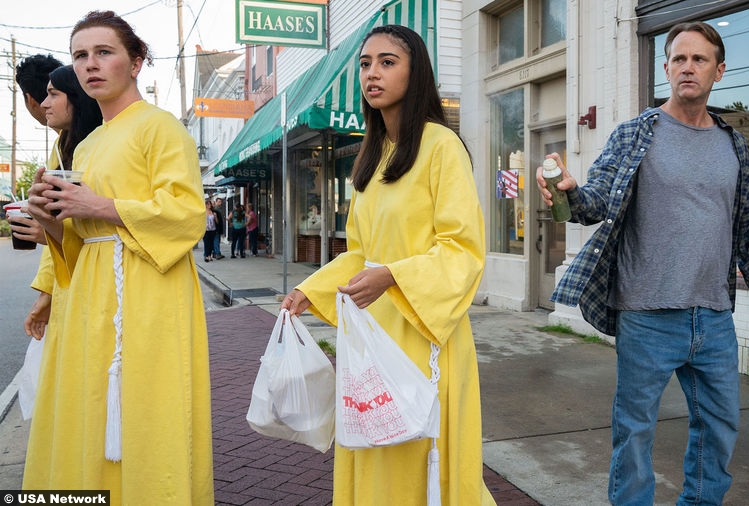 But if you really drill down on that and think about all the times you may have unknowingly offended someone, it’s downright terrifying to think of their purging you for it. Maybe you forgot to look when you were changing lanes and you accidentally cut someone off. Maybe your doorman thought your Christmas tip wasn’t big enough. Maybe you live in the American South and you didn’t say “excuse me” when you passed in front of someone in a store. Or maybe someone said it to you and you didn’t respond with “you’re fine.” (We’re very serious about manners.)

We upset other people every day in ways we don’t even realize. How terrible, how ugly to think that it might warrant our deaths. But thanks to the Purge, that’s how Joe sees it. He has decided that all offenses against him are equal, even the really petty ones. Even the ones where he’s at fault. 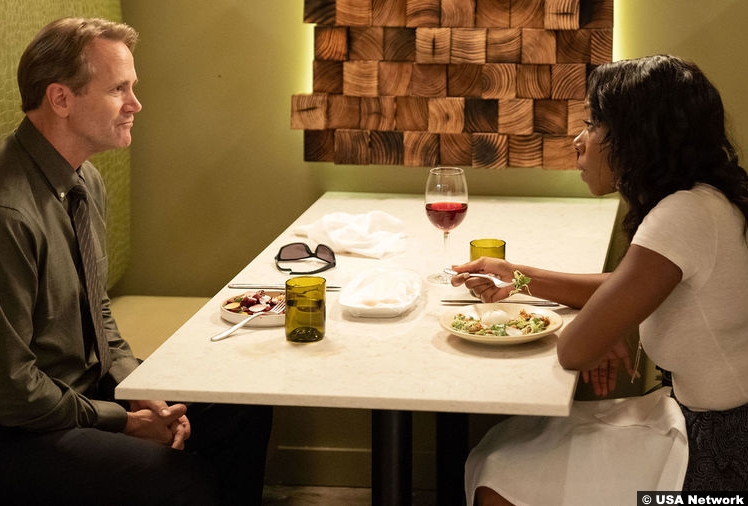 Because that’s the truth of his grudge against Jane. They met on an app, a Tinder-alike, and their date was disastrous. Joe is casually racist the entire time, marveling, for instance, that Jane isn’t as “sassy” as he might have expected. Jane is as diplomatic as she can possibly be, but it’s clear that he feels judged by her and he’s lobbing conversational bombs at her in protest. So it’s understandable when she ghosts him right at dinner.

And while it’s understandable that he’d be embarrassed about the experience–the waitress having to tell that Jane had paid and left–I just can’t wrap my head around still holding that grudge. Like, they spent maybe a half hour together, at best. 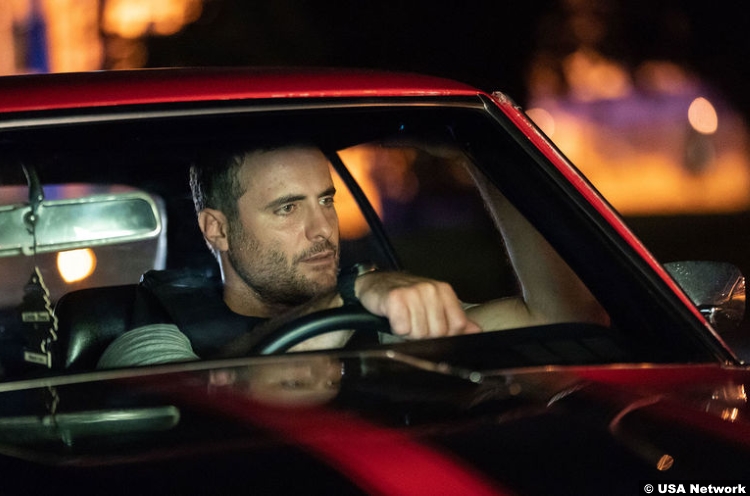 Jane is also at a loss at this revelation, but she knows that “confessing” won’t work–it just got the former bully killed, anyway–so she’s antagonistic. He may have bought into the Purge hook, line, and sinker, but even after killing David, it’s still not worth it to her. It didn’t change anything. It only filled her with shame.

They’re only talking over each other because he’s never going to hear her and she’s already spent her life hearing from men like him. Like The Twilight Zone episode “He’s Back” describes them: “Frustrated men, sick men, angry men.” He can’t get what he wants, but instead of going after the people who are really causing him problems–like the NFFA members who put this system in place–he goes after Jane. He puts her on trial because she briefly hurt his feelings and embarrassed him in front of another woman. Then he strangles her to death.

It’s a sick, sad moment, but it’s true and it’s real. This version of The Purge is just a TV show–it’s fiction. But that doesn’t make it any easier to watch.

8/10 – Whew. I didn’t get a chance to mention Miguel and Pete, who spent this week finding Joe’s “court” at the abandoned high school. I also didn’t get to mention the Betancourts. They’ll be on trial next week and Lord knows what their “crime” is. But as for the rest of the episode, I said what I said. The Purge shows up a thankfully fake world where all crimes are legal, but this week it was uncomfortably close to home.