I know some of you have been curious about Joe, the mysterious now unmasked man we’ve seen only in brief glimpses. Tonight, we get our first real introduction to him.

Joe’s story is, on its face, not that different from a lot of people’s stories. He worked a manufacturing job, he enjoyed his life for the most part, and he had friends and family. There were some dark moments, though. His dad, with whom he works, has a persistent illness for which he won’t seek treatment, for example. Then things get really dark–the plant closes and Joe and his dad, along with everyone else, lose their jobs.

The TV channels he flips through show us another familiar story–things are tough all over. And that’s when Joe hears the voice, the same pro-Purge speaker he’s been listening to. The things the guy is saying are so on the nose for Joe’s situation, though–“You’ve been stood up!”–that it made me laugh, thinking of this song in Baseketball. So Joe was inspired by this guy and the situation to do what, exactly? Just save people? Man, I hope so, because I was thinking that it would be pretty wild if it turned out he was saving people just so he could kill them. But that probably won’t happen. Maybe. 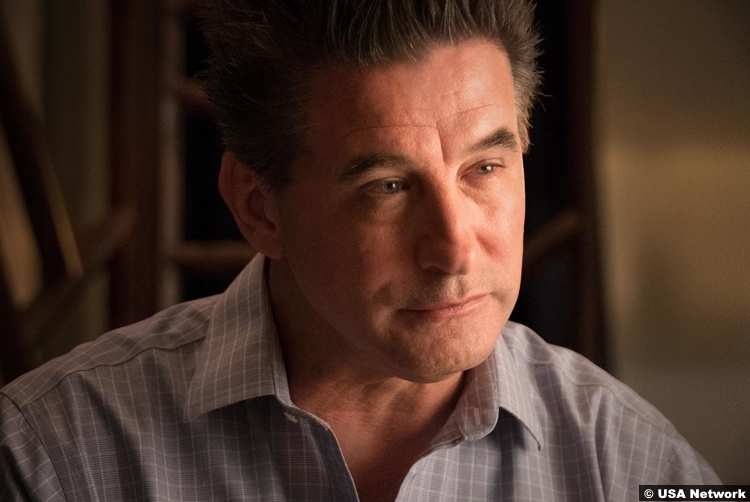 Jane, by the way, is the next to pop up on his little Purge Signal–and what app is this, exactly?–so I hope she’s not jumping out of the frying pan (David’s party) into the fire (whatever Joe has planned). I have to say, I can understand now why she hasn’t advanced in her job. I mean, I know that David is a rank pig, but she makes some questionable choices. Why, why, WHY would you tell that man that you sent a person to kill him? At the very least, you’re probably not going to have a job tomorrow. This is how I wish it had gone:

David: Why, Jane, whatever are you doing here? Why did you go outside?

Jane:  Something happened and I just had to get out.

Jane: You weren’t answering the phone and I was worried.

Jane: Are bears scared of other bears?

Literally, anything would have been better than the truth. Because when she lays her cards on the table, David turns out to have a royal flush. Well, he has Bracka dead in a bathtub. And he has his very own Purge party going on.

Let me clear here. He’s gross. The party, in which women are restrained so that they can be groped, is gross, especially in light of recent US news. But in the grand scheme of things–*cut to the Carnival of Flesh*–it could be much worse. Again, I am not condoning this or David’s Weltanschauung. I’m just sayin’. Also, you know who’d have a lot to “say” about this gathering? The Matron Saints. 🎶 Oh, Lord, I want to be in that number when the saints go marchin’ in! 🎶 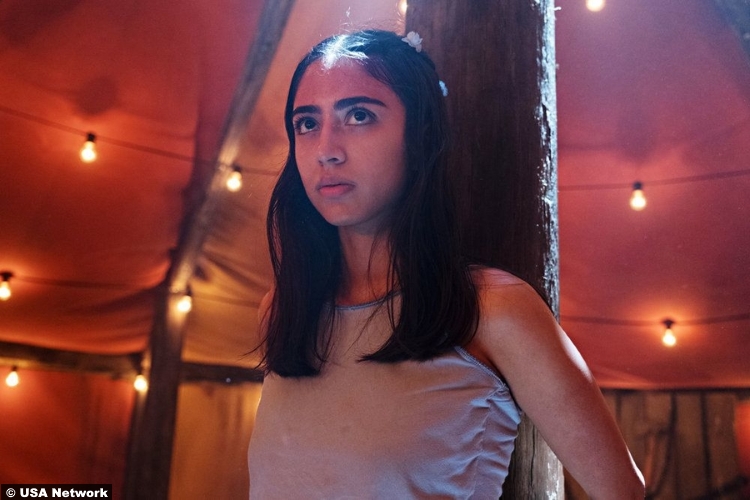 Speaking of the Carnival of Flesh, of course Henry doesn’t get away with it. He’s an idiot. I alluded to his being a supervillain last week, because like the classic cliche, he just keeps jabberin’, long enough for Miguel to free himself enough to fight him. And then kill him. Anyway, Miguel and Penelope are able to escape the Carnival, so yay! Their troubles are completely over now and we needn’t worry about them again. 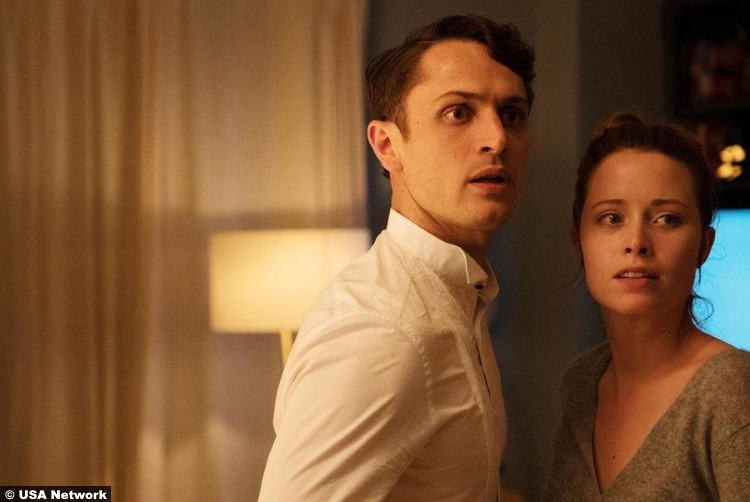 Isn’t it pretty to think so? Speaking of strained relationships, Rick and Jenna. They manage to make it back to their home, but all is not well between them. She thinks he was far too eager to toe the NFFA party line, while he thinks she’s still in love with Lila. Honestly, they’re both probably right. But they do manage to come to a tentative peace. She knows that he still harbors a lot of resentment about growing up poor, but what they have is enough for her and their baby. If they’re going to make this work, he has to believe that, too. It’s very sweet and I too will take some eggs over easy. Oh, but who’s that not-so-gently rapping at the front door? It’s a frantic and bloody Lila, only this and nothing more.

8/10 – I liked getting to know more about Joe, although all it does is make me more curious about what exactly he’s up to. As for the other storylines, the cliffhanger–Lila at the door–is a cool callback to the plot of the first Purge movie (The Purge, not The First Purge). Would you let her in? Miguel and Penelope didn’t do a whole lot, but they escaped, which is good. And Jane. JANE. I shake my fist at the sky.