I know that some of you have been very interested in learning more about Good Leader Tavis’s Bad Times Cult. Well, good news, everyone–Pete the Cop is here this week to give you what you want to know in an exposition dump.

If you were wondering how Tavis went from social worker to cult leader, then the answer is as inelegant as it is unsurprising. According to Pete, it’s money. She’s paid by the NFFA to recruit cult members from rehabs and jails. The members aren’t sought out because they’re pure of heart or whatever. They’re just good fodder.

Upon hearing this news, of course Penelope’s immediate reaction is “we have to save them!” to which my immediate reaction was “Girl, sit down.” Miguel damn near gave himself a heart attack chasing her across the city and now she wants to put herself in danger again? Penelope, please. 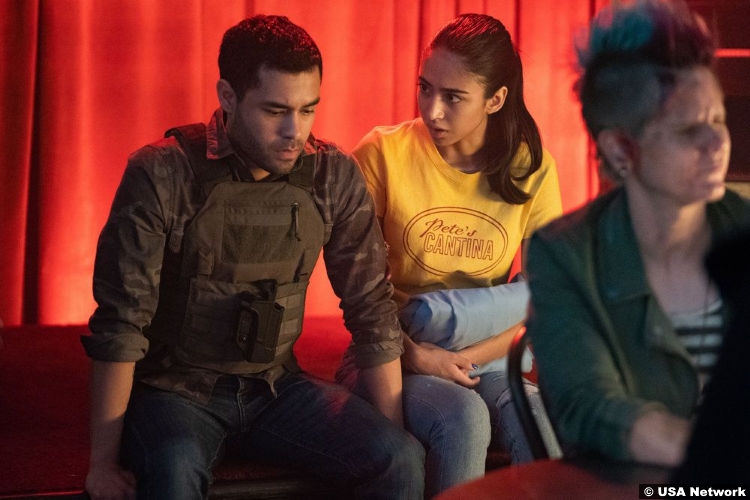 At least she has enough sense, though, to call Tavis to her, instead of rushing out and trying to find her. As you might expect, Penelope’s words do not have the effect she was probably hoping for. The other cult members stand in the front of the bus, meek as lambs, while Tavis answers her with benevolent leader gibberish. So Penelope punches her in the face.

That finally gets the bus driver up and moving, but whatever he was planning to do to her will go unknown, as Joe breaks up their skirmish. It seems that he too hangs out at the cantina during the quiet moments. But instead of returning her to the bar, he takes her to his truck. 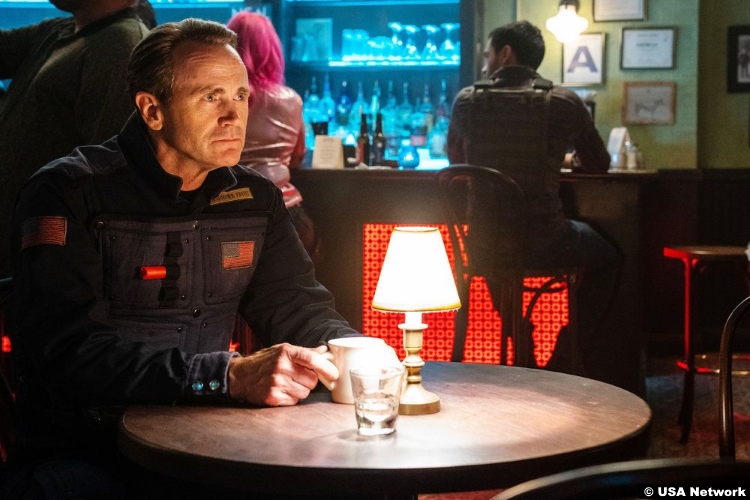 Before I finish that story, let’s get back to the Betancourts, since their story will ultimately dovetail with the Guerreros, whose last name I did not not just learn ten seconds ago. Anyway, despite the fragile peace of last week, things are still tense with them. Rick makes grilled cheese sandwiches for the ladies and then he and Lila can’t help but bicker. Our flashbacks this week take us to Lila’s past, when she turned 18 and was expected to participate in the NFFA’s version of a cotillion, except instead of being presented to society, she was supposed to kill someone. And she did.

If you’ve been watching Netflix’s excellent adaptation of The Haunting of Hill House, then you know it’s ultimately about how our childhood traumas can follow us into adulthood. And while Lila was literally a legal adult when this happened, I think it still affects her in a lot of ways. While I think she loves her parents, especially her dad, his world and his world view are so alien to her that she’s desperate to create her own family. 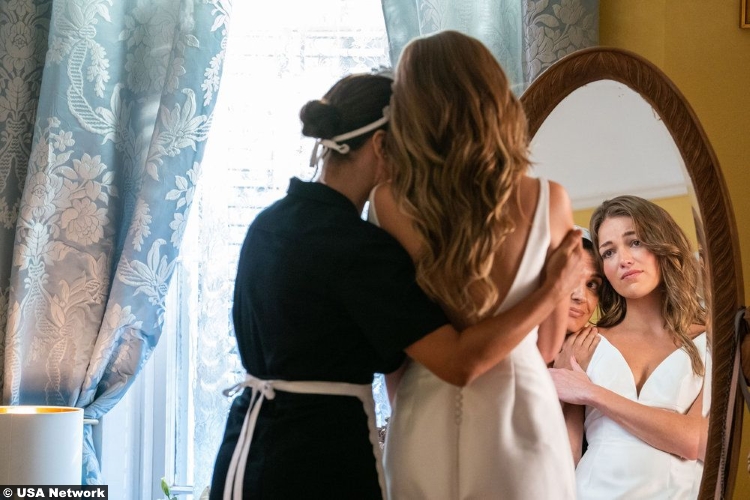 So when Jenna rejects her, Lila lashes out. She knows (or she can guess, because he wears them on his sleeve) Rick’s weak points and she goes right for them. I really feel for both of them in this scene, because while Rick is absolutely in the right here, Lila’s just so damaged.

She may, in fact, be broken. When the Betancourts’ late neighbor’s wife shows up looking for him, her response to the frantic woman is essentially, “He’s dead, ma–try to move on.” I think we’re all with Rick when he asks, “What the hell was that?” afterward.

Last week, I jokingly asked whether a gal like Jenna would really use Softsoap. Another question I had at the time, although I didn’t ask it, was why she would be cool with Rick’s old frat paddle hanging in her home. The answer is, it’s Chekhov’s paddle because Lila uses it to beat Rick this week. She then gets her hands on the dead neighbor’s gun, so she can force an ultimatum–an “If I can’t have her, you definitely won’t” kind of thing. This is after she basically tries to buy Jenna from Rick.

Jenna ends up stabbing her with an NFFA dagger Rick pocketed–poetic irony–and she must really want Lila to die because she yanks it out immediately. And if two dead bodies–provided that Lila’s actually dead–in their home wasn’t bad enough, Rick and Jenna have barely caught their breath before the security system announces that it’s unlocking. Both of them are then dragged out by Joe and it’s revealed that he has everyone else–Jane, Penelope, that woman and that one guy he saved, etc.–all sitting in the back of his truck with their mouths duct-taped. Hey, last week? When I said it would be wild if he was saving people just to kill them? I didn’t mean it!

9/10 – While there were no huge surprises in the Betancourt love triangle, I thought it was handled particularly well, in a way that let us empathize with each person. On the other side of town, Joe insists he’s taking Penelope somewhere safe and while the cantina isn’t as safe as people would like to believe–witness that vengeful fellow sneaking in a plastic gun–at least you don’t have to be restrained while going there. So what do y’all think he’s up to?

Over on the forum, we took the what type of purger are you? quiz and I think we learned a lot about ourselves. I’m a cantina patron! [Pictured: Me, during the Purge.]