I didn’t mention this last week, but Montez is also very eager to solve the Rothstein case. In the wake of what was supposed to be his big Brady Hartsfield prosecution, he needs a win. So he’s trying to orchestrate that by teaming up with Bill. And by letting Bill into crime scenes he’s not supposed to be accessing.

That includes both the late Rothstein’s house and Morris’s wrecked car, which the cops have now found. McNair’s corpse has been stuffed in there, so they theorize that he could have been the other man in the house. Nope, of course, but keep working. They also notice none of Rothstein’s stuff is in the car, so that’s a thread they’ll keep pulling. 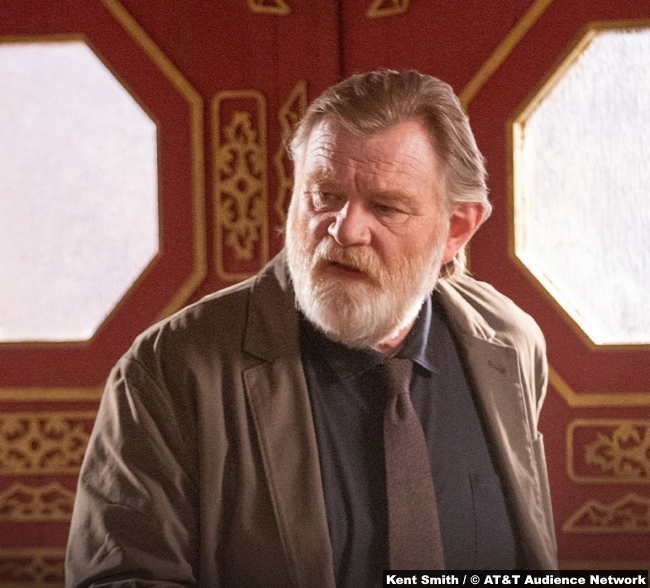 Speaking of, being a kid, Peter doesn’t exactly have the best judgment when it comes to the loot. It’s unclear whether or not he bought new Nikes with the money (or with his actual earnings), but he’s being very sloppy with the manuscripts. Dangerously sloppy. It’s going to throw him in Morris’s path faster than he should be, if he doesn’t wise up.

On that note, it doesn’t help that Morris is being riled up by his friend with benefits, Alma (Kate Mulgrew). Or, I should say, continuing to be riled up. It was her, after all, who tipped off Morris to the existence of Rothstein’s treasures. She has her own reasons for wanting vengeance against Rothstein, which is exactly what Morris doesn’t need. He’s already feeling the weight of taking the life of a Great Man. On the news, he laments, they’re calling whoever killed Rothstein worse than Mr. Mercedes, because Brady only killed “losers.” Hmm, charming. 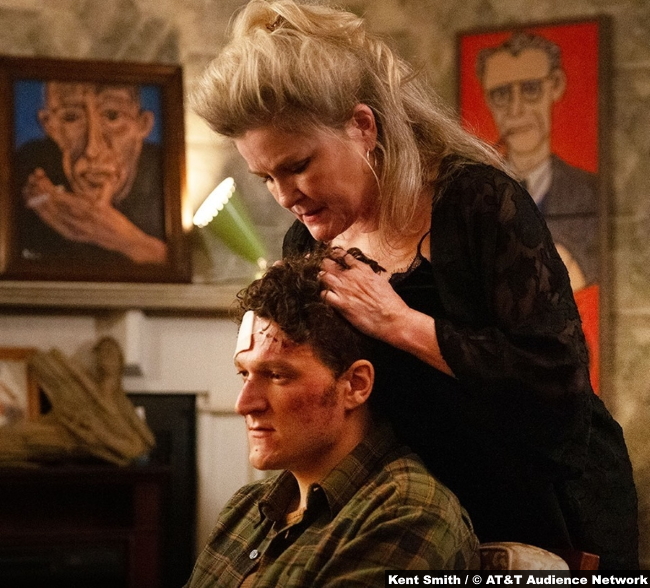 The other storyline this week is the further saga of Lou. Or more specifically, what is the best choice for Lou. Finkelstein wants to get her in court (and through a trial possibly) as quickly as possible. That’s because he believes she’s falling apart. Not only is she spacing out, but also (and more disturbing), she seems to believe that Brady is visiting her. Not in a haunting kind of way, not exactly. It’s more like the situation Bill has been in, like last season, when Brady was tormenting him. With that in mind, it’s weird that Bill doesn’t make the same connection.

Then again, he does have a lot on his plate. And it’s not to say that he isn’t trying to help out with Lou’s defense. He does try to make in-roads with the judge, for example, but Judge Rains (Glynn Turman) is a bit of a wild card. That is to say, he seems to see the failure of the defense and the prosecution to make a deal as a personal offense. It gets even worse when they’re actually in court. 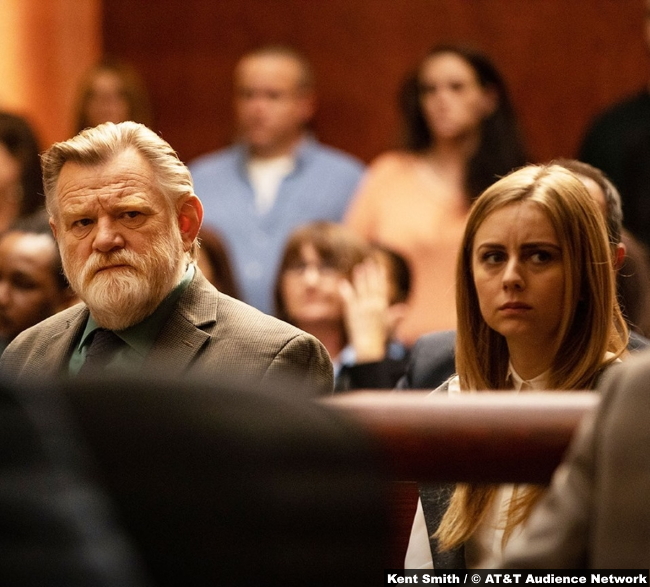 Finkelstein tries to raise an affirmative defense, specifically that Lou shot Brady in self-defense. She obviously did not–her life was not in danger in that moment–but he’s gotta try something. Unsurprisingly, though, Rains shoots it down. So Finkelstein decides he’s got no plays left and they’ll just have to roll the dice with a trial and a regular defense. Rains asks Lou for her input on that, though, and that’s where it all goes sideways.

Lou is so dazed that she doesn’t seem to be on the same planet as us, much less an active participant in her own defense. So, Judge Rains does what is probably the best thing for her, but it’s played like he’s the antichrist. He orders her to be sectioned, pending a mental evaluation. Again, everyone reacts like he’s sending her to be drawn and quartered, but mental health help is what she needs right now. I understand Holly’s argument against it–and she would have plenty of experience–but I don’t know that continued standard incarceration is any better for her.

On my third mutant hand, though, of course she’s not going to do well in the hospital. She’s only there for a few minutes, after all, when a familiar ice cream man shows up. Aw, that ain’t good.

7/10 – I liked this episode in general, but I felt like it dragged in parts. I understand why they had the scenes with Bill remembering Rothstein, but as he’s been only a fleeting presence in our lives, it didn’t really land. I did really enjoy the scene where Jerome suggests that reading an angry young man like Rothstein only fueled Bill’s ire, though.

[And sorry for the delay!]