I said last season that it would be hard to imagine the show continuing as Mr. Mercedes, since there is no Mr. Mercedes. But we’ll just scooch right past that, because the show is continuing. And we’re going backwards.

We’re not going backwards in the world of the show, though. We’re going back to the second book in the Bill Hodges trilogy, Finders Keepers. But not as far back as the book, which begins with a crime in 1978. We start with that same crime, but this time it’s happening now. (I say, in a spooky voice.) 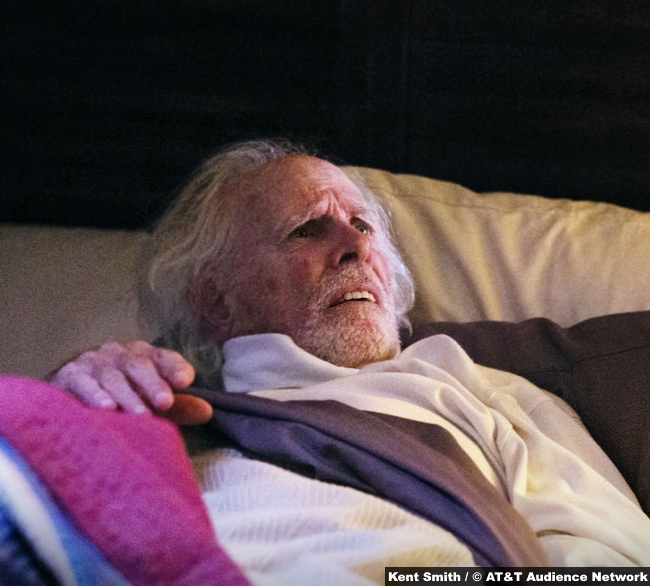 Legendary author John Rothstein (the great Bruce Dern) is apparently a Bridgton local. That’s worked well for him so far, but not the night we meet him. Unfortunately, the night we meet him, he’s murdered by a surprisingly literary-inclined thug named Morris Bellamy (Gabriel Ebert). Bellamy’s accomplice is also killed in the fray, but Bellamy himself manages to get away with a bunch of money from Rothstein’s safe and some manuscripts. The latter feature Rothstein’s famous protagonist, Jimmy Gold, and his unpublished adventures.

Bellamy gets away with the goods, but he doesn’t get far, striking the fakest-looking deer I have ever seen in my life. The way it arcs off his hood [bonnet] like it has absolutely no weight to it is breathtaking. Anyway, he flips the car. He manages to stagger away, where he’s found by unlucky repairman Stan McNair, who takes him to the hospital. 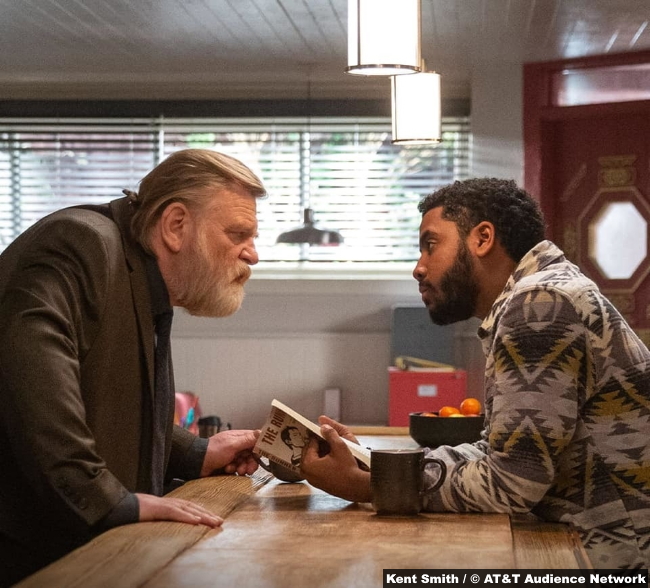 Meanwhile, the news of Rothstein’s murder is hitting the town and hitting Bill, in particular, hard. It turns out, he’s a huge fan of Rothstein, who was actually one of the reasons why Bill moved to Bridgton specifically. Bill will later decide to take on the case as a freebie to himself, much to the consternation of Holly, whose lighter hair looks gorgeous, btw.

(And yes, since we’re seeing Jerome, that means he has not gone back to Harvard. I hope we get back to that storyline, at least to have a proper ending to it.)

Bill’s main concern at the moment, though, is Lou’s maybe trial. The prosecutor and Lou’s defense attorney, Roland Finkelstein (Brett Gelman), can’t come to an agreement. Why would they need to? Well, because it seems the community is perfectly fine with Lou’s extrajudicial punishment for Brady. But the government’s like, “You can’t kill someone, though.” So they’re working at cross-purposes, obviously. Finkelstein does not want to try for an insanity defense, because he doesn’t want Lou to be lost in the system. And also, it was very premeditated. As he points out, she printed a gun. We don’t know how it’ll go yet, but it’s another good example of how Brady’s crimes continue to ripple throughout the town. 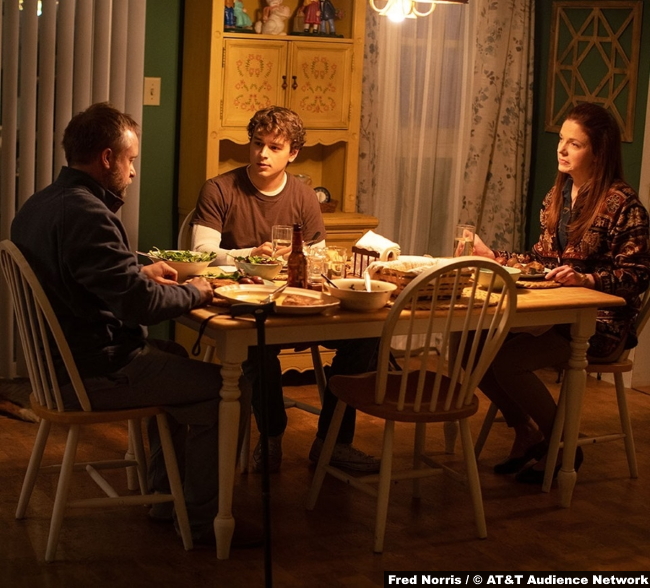 To that end, we meet the Saubers family. Dad Tom (Josh Daugherty) has been out of work since he was injured in the Mr. Mercedes attack* and the family is feeling the pinch. So one day, when teenage son Peter (Rarmian Newton, making the rounds of another King property), finds a suitcase full of cash in a wrecked car, it must seem like a miracle. But it also must seem suspicious, so he hides it on his family’s property.

Driving by, Morris sees Peter and his dog playing in the yard. He pays them no attention, though, because he’s focused on his ill-gotten loot. When it isn’t there, he doesn’t make the connection to Peter, thank goodness. Instead, he lands on Stan, the only other (living) person who knew he was out there. When he accuses him, Stan takes offense, especially he saved this weirdo’s life. Then it escalates into an argument and Morris accidentally shoots someone AGAIN. It is just not his week. But it’s going to get even worse when he finds out that all that stands between him and those manuscripts is a boy and his dog.

8/10 – Honestly, I really wasn’t looking forward to the return of the show. After last season, I kinda just wanted to kick it in its gazebo. But the season drew me in with Bruce Dern. Although he exited a little too quickly for my tastes, I was drawn in all the same. Making Morris younger–in the book, he’s in his 60s when the main action starts–is a smart idea. And I really like his hapless crook vibe. It’s reminiscent of Fargo, which is never a bad thing for me.

*Morris and his accomplice were also at the job fair, btw. The ripples keep coming.