Well, well, well. Looks like Ida has someone new around to build her gazebo, if you know what I mean. I don’t remember exactly, but I’m pretty sure this is the same fellow teacher she was bonding with over the Zappit tablets. Anyway, good for her.

It may just be a reaction to seeing Bill back together with Donna, but…go ‘head, Ida. Speaking of Donna, her doom seemed so foreshadowed this week that it was almost comical. Between the sweet moments with Bill and the suspicious amount of talk* about their trip to Ireland–the only thing missing was a boat called the Live-4-Ever–I figured she was as good as a goner. 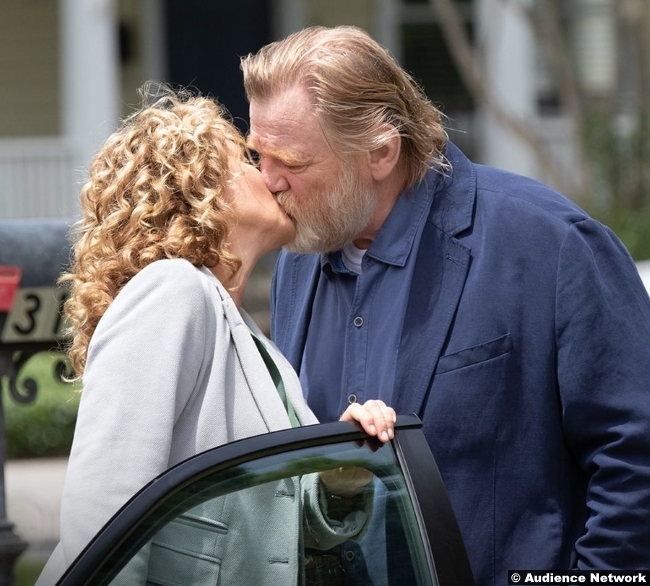 She managed to make it through another week, though, and so did her relationship with Bill. The Babineaus’ relationship, on the other hand, is on thin ice. After Dr. Babineau performs brain surgery on Brady that doesn’t produce very exciting results–there’s brain activity, but Brady still isn’t talking–Cora suddenly has to go to China. Felix finds his nerve somewhere and forces her into confessing that her company isn’t actually sending her. She’s just trying to leave him holding the bag when it all falls apart.

He’s trying his best, though. Granted, he should heed Bill’s warning from last week, but his scientific curiosity won’t allow him to do that. He even goes so far as to try to recruit Lou as an assistant, in the hopes that that will spark another response from Brady. No, don’t put her in his orbit.

The actual tragic figure of the episode, though, is Al. Having spent some time–it’s unclear how long–in jail, it seems as if Brady’s hold on him has loosened. He doesn’t remember killing Montez’s dog, Cujo, but as his brother Reggie (Scott Anderson) tells him, the evidence seems pretty overwhelming. 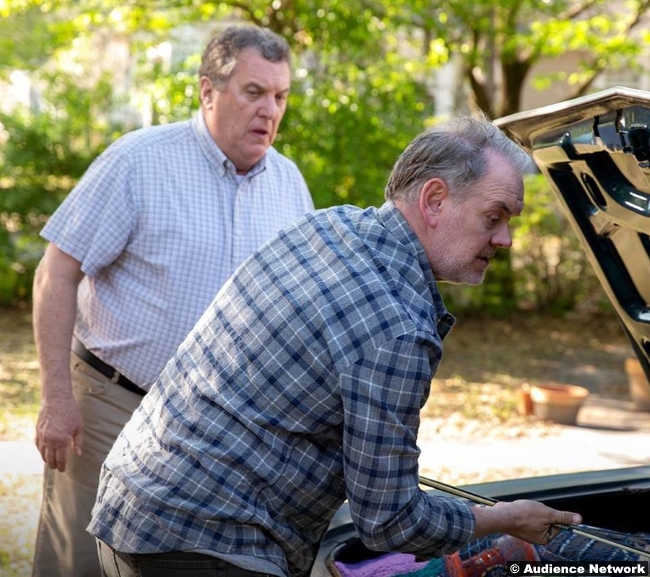 Still, Reggie knows his brother better than anyone. And he knows that he’s a sweet, if simple man who once stood up for a dog who bit him when he was a child. Young Al had gone into a neighbor’s yard to retrieve a ball and their dog bit him. Al protested the dog’s being put down, because “he was only doing his job,” and saved the dog’s life. Al confesses that it’s like there’s a “door” in his brain and someone slimy is getting in. He goes so far as to name the slimy person–it’s Brady Hartsfield.

As you can imagine, this is alarming to Reggie. But he can’t really take it seriously, of course. I mean, how would he? So instead, he suggests that they go away, just the two of them, to their family cabin. It probably would have been a nice trip, all things considered, if Al hadn’t charged his Zappit tablet.

They’re supposed to be leaving for the cabin, but Al’s taking forever inside the house. Reggie goes to see what’s keeping him and Al suddenly insists that Reggie needs a haircut. Instead, he gets his brother in a vulnerable position, cuts off his ear, and slits his throat. All the while, Brady urges him on. 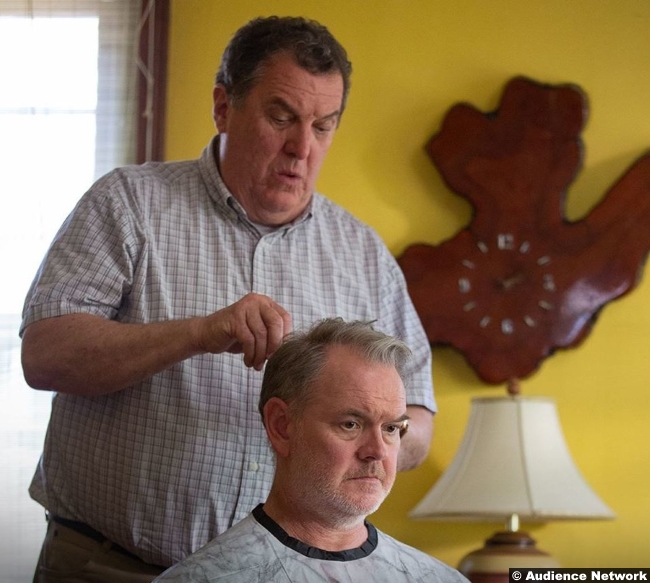 Al’s next stop is inside Bill’s house. This sequence was shot in a very tense, effective way. You had no idea who encounter Al first. Holly comes home, but Al doesn’t attack her there. He just pockets one of her business cards. Then we see Donna arriving home, but it’s her own house. Finally, Bill gets home and a call from Donna distracts him for a second, long enough for Al to attack him. Despite the fact that Al has a gun, his Brady-fueled id has him just pummeling Bill’s face repeatedly. That is, until Ida rushes in and sets off her panic alarm, which snaps Al out of it. But Bill still shoots him twice.

Bill and Montez had been meeting with the St. John’s hospital administrator, in an effort to have Brady moved to a lower tech facility. The administrator balked, though, because having St. John’s make the news so often, hasn’t had the expected effect. Despite having one of their nurses take a nose-dive off the roof and having one of their aides murder the DA’s dog, hospital admissions are up. If it bleeds, it leads.

8.5/10 – This was probably the most solid episode of the season, due entirely to that last scene. Ratcheting up the tension to the point where we have no idea who the intended victim is–Holly? Donna? Ida? Bill? Fred the Tortoise?–was a good idea in theory, and thankfully, they managed to pull it off.

*Speaking of a lot of mentions, Holly talked about the coffee maker so much that I wonder when it’s going to go off.

And now here’s the song, since you probably have it stuck in your head, too.