This is the big one people. The one we’ve all been waiting for since the opening scenes in season 1, since the massacre at The Fist of the First Men, since the series highpoints of Hardhome and The Door. The Dead are here and the heroes and villains of the living (except Cersei) have joined forces to stop the Night King from achieving his goal and starting the night that never ends. To do that they must defend Winterfell, specifically Bran, and kill the Night King with his entire army dying with him. Seems simple, especially with a couple of armies fitted out with dragonglass, two dragons, and some of the best fighters the Seven Kingdoms has ever known, some of which have Valerian steel weapons. Things look even better when Melisandre comes riding out of the darkness to set all of the Dothraki horde’s swords on fire. This is going to be a piece of cake, right?

Wrong, dead wrong, but not as dead wrong as you would think; which makes total sense. The Long Night is easily the most ambitious episode of a show that seems to redefine how epic television can be with every passing season. Yet ambition can only get you so far. Considering how much this particular battle has been built up over the years, it’s all that Jon has talked about since his first meeting with the Night King, it’s not much of a surprise that the results are equal parts amazing and disappointing. For one thing, I myself didn’t think that this would be the end of this particular story. In terms of Game of Thrones main villains, the Night King and Cersei share pretty much equal footing, but it’s a little disappointing that they will never come face to face. That’s one of The Long Night’s main problems, at least in terms of my own early reaction, that it has cut off the possibility for what I thought would be a much more interesting season than this.

Don’t get me wrong, I liked a lot about the episode, and the deaths that did occur were impactful, Jorah, Melissandre, Theon, Lyanna Mormont (RIP Giant-Killer), and Edd all served their purpose. Theon and Jorah got the best of this, dying nobly to protect someone they had both loved and betrayed, Theon especially as Bran all but calls him a Stark. Now, what of Beric Dondarrion? The Lord of Light brought him back exactly six times, and I’ve always believed it was to fight in this battle, but there may be much more to it than that. The two major characters of the Brotherhood, Beric and his priest, both died while protecting the Hound against the dead. There has always been a greater purpose to The Hound’s story, and the manner of Beric’s sacrifice backs this idea up. 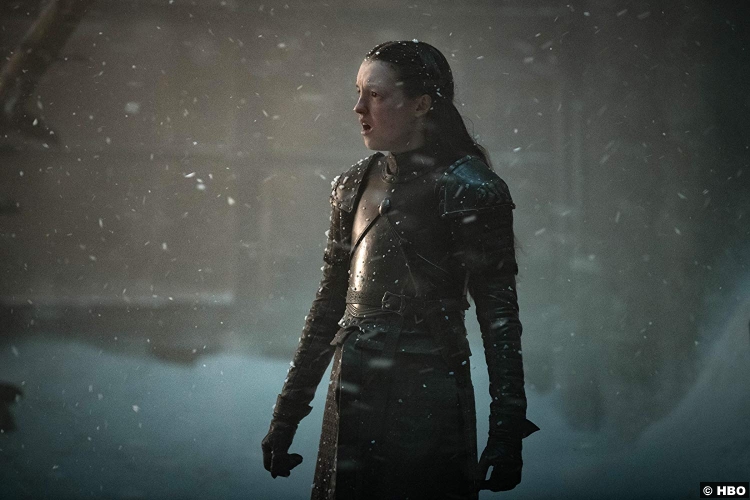 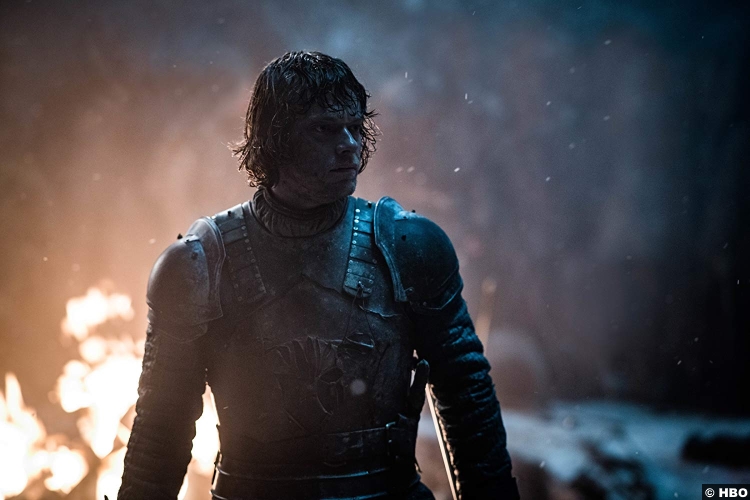 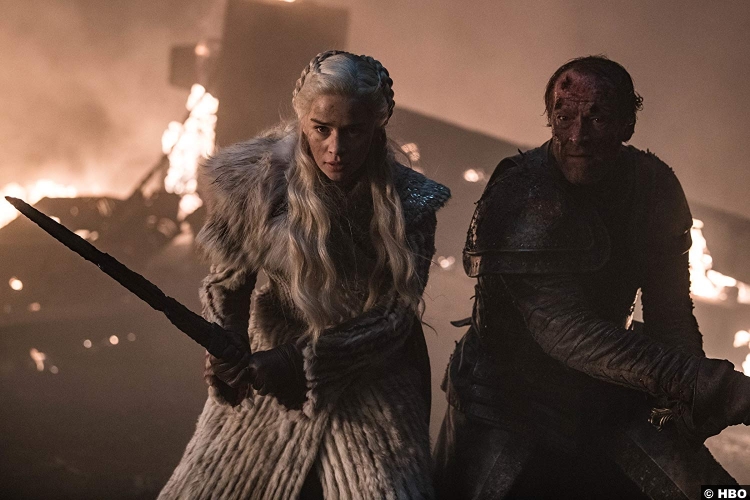 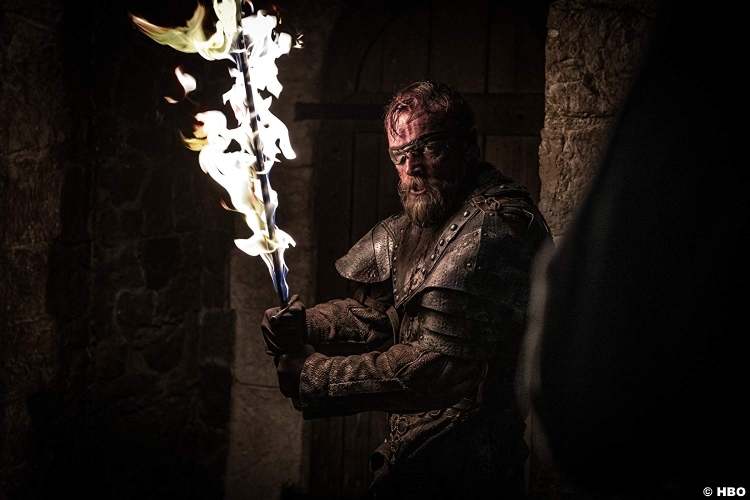 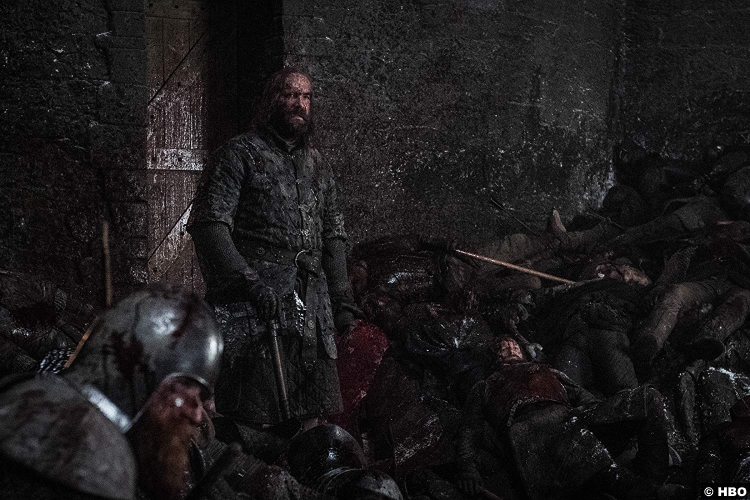 For the biggest battle this show, and indeed television has ever seen, there were a lot of basic problems with this episode. For one, a lot of the time I couldn’t see what was going on (I can see online that I’m not the only one complaining about this). Instead of having a ruthlessly choreographed ground battle, we instead got quickly edited shots of violence and mayhem. One of the pillars of a good action scene is geography, knowing where each character is in the bigger picture of the fight. Take Battle of the Bastards for instance. On one side we had Jon, Davos, Tormond, and the giant, those were the characters carrying the narrative of the fight on one side. On the other, we had Ramsey, who helpfully stayed static on his horse until he was losing, and the Umber leading another part of the attack. Easy reference points for a huge battle.

The Long Night, being considerably bigger and having more characters, couldn’t keep things as coherent as they could have been. We know where everyone is at the beginning: for instance Tyrion and Sansa are in the crypt, Jon and Dany are waiting for the Night King to make his move on a hill overlooking the battle, Jorah and the soon to be dead Dothraki are the first line of attack, with Grey Worm, Pod, Edd, Sam, Brienne, and Jamie on the second wave. Then everything goes wrong and gets harder and harder to keep track of who is where and who is dead. Is Ghost still alive? Is Dany down to one Dragon? Why did the crypt zombies come to nothing? What was the point of Arya giving Sansa the dragonglass dagger if she didn’t use it? 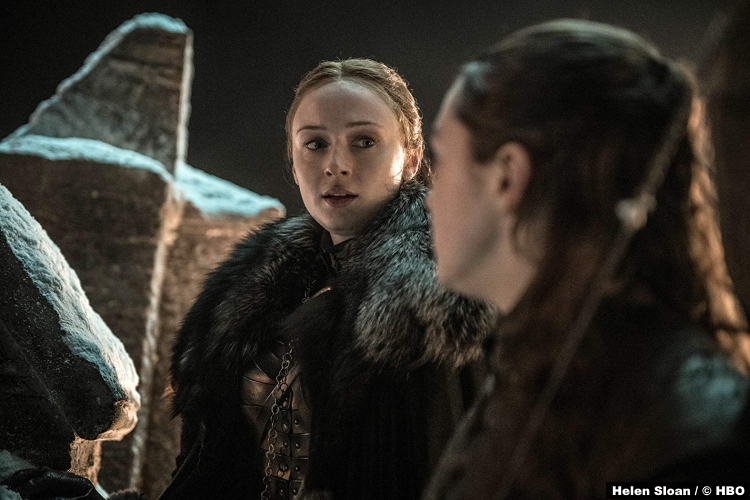 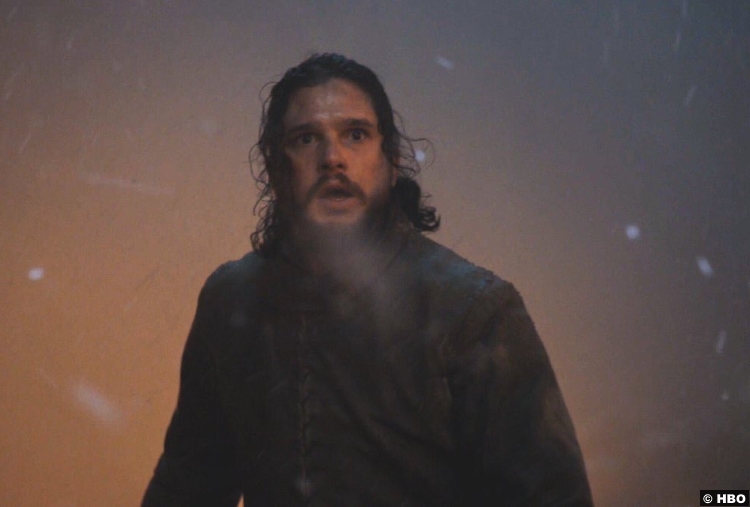 While I have serious, serious issues with The Long Night; which is probably going to be one of the most talked about episodes of television for years to come, I can’t fault some of its execution. Jon was used as a clever decoy since it felt like the main fight had to come down to himself and The Night King. Instead, we have Jon trying to get to Bran but can’t because there is a bloody dragon in the way. So, who will save Bran? No One, that’s who. Game of Thrones has spent a little too much time in recent years crafting great moments over great stories, but Arya killing the Night King has got to be one of the best fist pump moments I’ve had watching this show. In fact, literally everything to do with Arya in this episode was excellent, Masie Williams should be extremely proud of the work she has put into this wonderful character. Arya has spent years becoming the perfect killer, and in the end, it was The Night King’s arrogance that defeated him as much as Arya. He’d won, but instead of killing Bran and getting it over with (I’ll give Theon and assist for dying, which bought time) he gloats. He gloats with his hands around Arya’s throat, Jon nowhere in sight, and with the dagger that was used in Bran’s attempted murder all the way back in season one, kills the Night King. 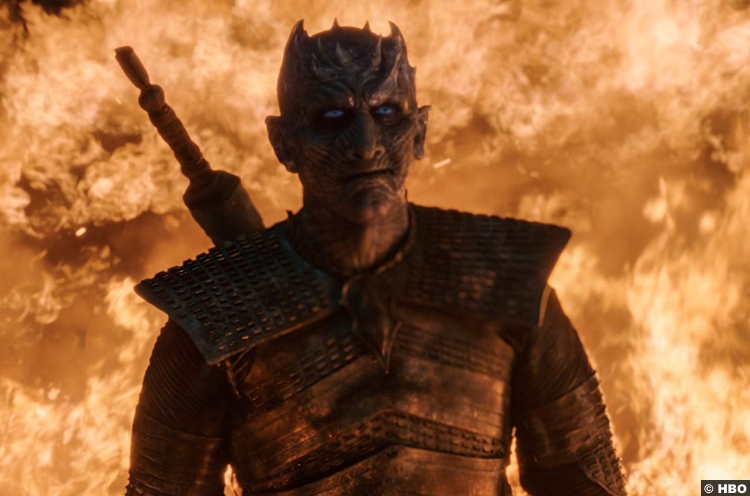 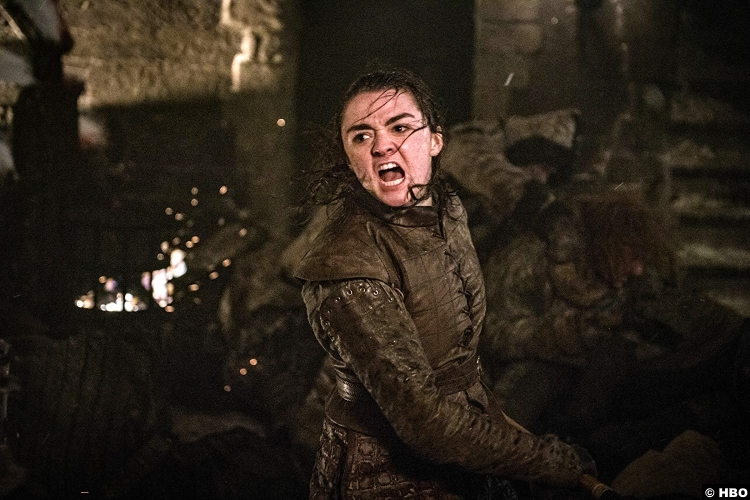 7/10 – A messy episode with a patchy execution that still had some of that GOT story-telling magic. I’ll guarantee you one thing, Cersei is going to be delighted.