Game of Thrones S07E07: The Dragon and the Wolf – A satisfying ending despite a lack of surprises

The way we watch television has irrevocably changed. Gone are the days when shows were just shows, half-hour, or hour-long respites, of escapes, from the rest of our week. There is a typically prescient joke in the Simpsons in which Homer describes an era of his family’s growth with some cultural touchstones, much like Martin Scorsese uses music as a short-hand for when his films are set. In Homer’s description, in this case of the mid-90s, he describes the internet as the place to see what some nerd thinks about Star Trek. Well that observation has grown in the two decades since. The X Files became the first truly internet show, Buffy has an entire corner of academia dedicated to it, and Westworld season 2 has been delayed at least once because Reddit fan theories ended up being correct. What I’m saying is that audiences have never been more engaged, or more intelligent about the shows they love, and Game of Thrones is the biggest example of this.

I bring this up in the context of season seven’s finale for a specific reason. I’m one of those fans that obsesses about every aspect of the show. Because of this, and I can confidently guess that I’m not alone, is that The Dragon and the Wolf didn’t even come close to shocking me. At first I thought that it was a continuation of the downward slide the season has taken since Jamie and Bronn emerged from the lake, but it’s not that at all. The show, at least for this episode, hasn’t gotten dumber (the same can’t be said for Eastwatch and Beyond the Wall), we as a more engaged audience have grown cleverer, and are able to analyse and predict certain aspects of the show because we are paying attention to the mechanics of the plot, and characterisation.

This is all a technical way to explain that every decision made in this episode was the right one, both for the story, and because of who the characters who made these decisions have always been. Of course, Jon’s honour would create problems. His resistance to bending the knee to Cersei, which would have got the aid that he needed, made absolute sense as a decision only he would make. The same can be said for Cersei. As Jon, in his core, will always tell the truth for the good of honour, Cersei will lie for the good of herself. It means we can still call Jon an idiot, as everyone else does, but still see his point of view because it is entirely within character. 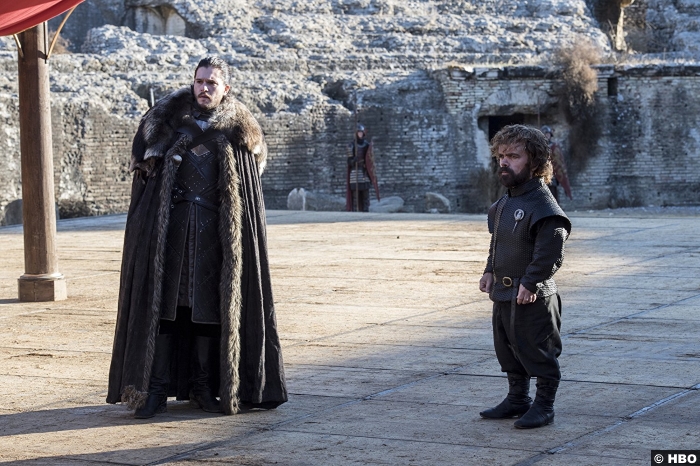 Then there is the lack of surprise from a story aspect. Game of Thrones is probably the most talked about, and theorized show on the planet, and season seven: with its important position as the penultimate part of the whole story, the discussion of how it would end has been a popular one. In a very real way the show has taught us to think like Littlefinger. Looking at where we are in the story, with the Night King and his newly acquired dragon, what is the very worst thing that could happen? It was always going to be the destruction of the Wall. Then, to follow the Littlefinger metaphor, why would this be plausible? Because, in order for the story to progress, the barrier that has kept the White Walkers on the fringes of the show for this long has to come down in order for the fight to truly begin. In order to threaten Westeros, they have to be in Westeros. Finally, what would the consequences of this be? Well, exactly what Jon has been trying to convince everyone of this whole season: the end of everything. So the Night King bringing down the Wall was obvious. Not that the act itself wasn’t absolutely horrifying.

Speaking of horrifying, Dany and Jon have finally done the, shall we call it the Lannister Tango? I’m sure you all can think of a better name, but this consummation of their relationship, and Jon’s true identity as Aegon Targaryen, and rightful ruler of the Seven Kingdoms is exactly the kind of thing that will put this new relationship to the test. While each are playing their roles of King of the North and the Dragon Queen, or the Dragon and the Wolf, everything is fine. Yet with Sam and Bran’s information Jon becomes a threat to Dany’s claim. Also, since Tyrion didn’t look to happy about their sexy-time, he might just nudge Dany toward her more violent tendencies. 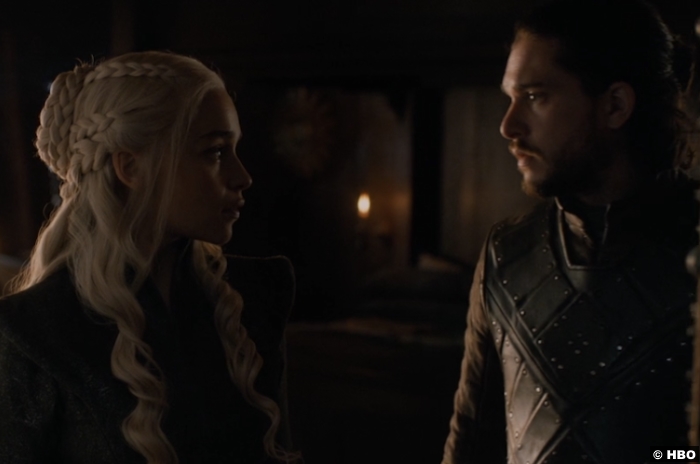 The Dragon and the Wolf has done just enough to get the show back on track. The last two weeks weakened the season overall, the finale got back to what Game of Thrones does best: some killer performances in some killer conversations. The scene between Cersei and Tyrion would have been enough to convince me, since Peter Dinklage and Lena Heady are the best actors in the cast, but it didn’t stop there. With one enemy taken off the board that he thought he has mastered, another joining with the good guys, and another riding his dragon to kill everyone else, there was enough sparks to distract from mall the table-setting. 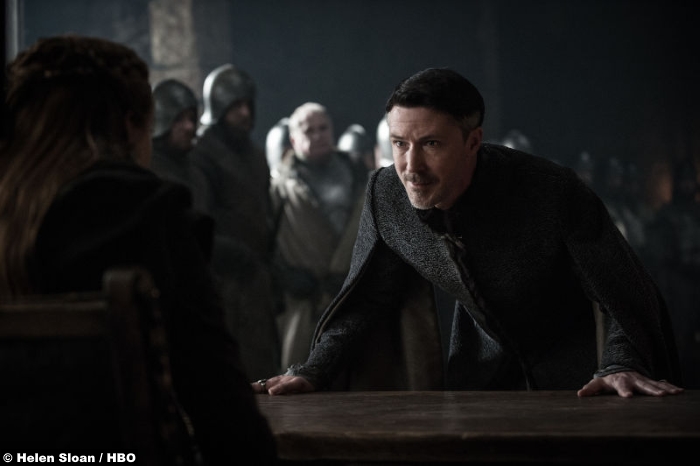 Littlefinger’s death in particular was especially satisfying, and probably the only useful thing Bran has done all season. Sansa and Arya’s masterful misdirection got a big “YASS!” from me, especially how they consciously mirrored their dead mother and aunt. The Starks are stronger than ever, and the Lannister’s have crumbled. Cersei may blame Tyrion for the destruction of their family, and their House, but Cersei, and her father sacrificed their loved ones for their own gain. Because of this, Jamie is free to be an honourable knight. I just wonder if Westeros is ready for him. 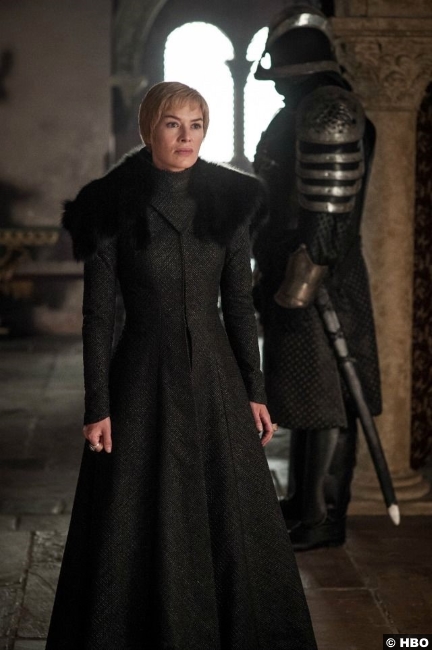 8/10 – A great finale despite its predictability. The stupidity of the Wight plan can be forgiven a little as it led to a great episode in which everyone, even in the face of certain death from forces more powerful than them, adhered to their true natures. Long live Queen Cersei.