Game of Thrones S08E02: The Knight of the Seven Kingdoms – Everyone at Winterfell faces what could be their last night in this world

With a show as vast as Game of Thrones it’s hard to keep track of who knows what. I’ll give you a popular example: one of the catalysts that started all of this mess was a raven sent by Catelyn’s sister (Lysa) saying that her husband (and Ned Stark and Robert Baratheon’s mentor) Jon Arryn, had been killed by the Lannisters. It was because of this that Ned rode south with Sansa and Arya to lose his head, which all but guaranteed the war of the Five Kings. Yet it wasn’t the Lannister’s that killed Jon Arryn, it was his own wife thanks to the manipulations of Littlefinger; a piece of information that we didn’t find out until season four. There was also the fact that only Catelyn knew that Littlefinger had betrayed Ned after swearing to her that he would help her husband. That was in season two. It’s only at the end of season seven, with an assist from Bran Exposition, that the breadth of Littlefinger’s crimes against the Stark’s were revealed and he was executed.

All of which brings me to Jamie, perhaps one of the most hated men in the entire show, though certainly not the fandom, as he walks into a place where he has to make a case for his life, his service, his allegiances, and his usefulness to a table of people who he either killed their father, or was indirectly involved with killing another. Yet as this scene played out in meticulously fine fashion: both the writing and performances here were just top notch, I was wondering about the Bran of it all. Again, we know that Jamie threw Bran from the Broken Tower to protect his and Cersei’s secret affair, but does anyone else? Not anyone who is alive anyway because the only person that Jamie admitted this to was, again, Catelyn. Seriously, if Lady Stoneheart was in this adaptation Jamie would be completely screwed. Well, everyone is screwed with the army of the dead coming, but Jamie would have been immediately screwed. 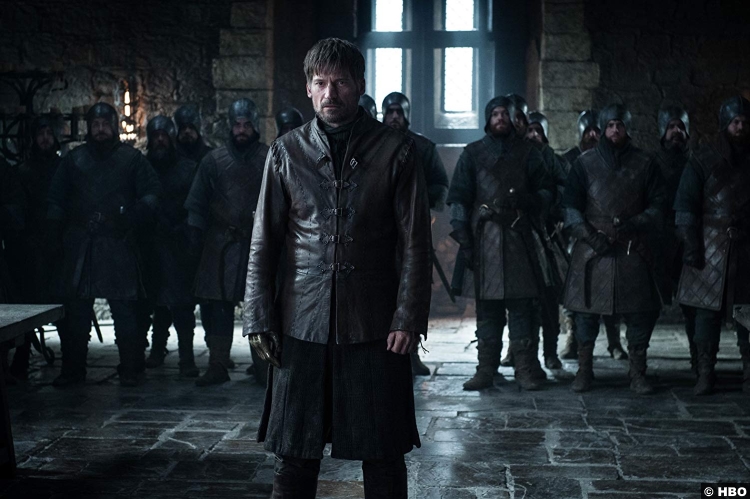 The Knight of The Seven Kingdoms, while still teasing its way towards the action, is a much better episode than last week’s necessary prologue, Winterfell. This is an episode where things are really starting to pay off. We have Sam giving Jorah, a man who disgraced his house and his Queen, a Valyrian steel sword so he can continue his redemption in the eyes of both. Edd, Beric, and Tormund manage to get to Winterfell before the White Walkers to deliver the message that the Umbers are now part of the Night King’s army, also Brienne and Tormund is either really inappropriate, or sweet as hell. We all love Tormund, but Brienne really needs to start reciprocating a bit so it isn’t just this hairy dude perving on one of the show’s best characters. 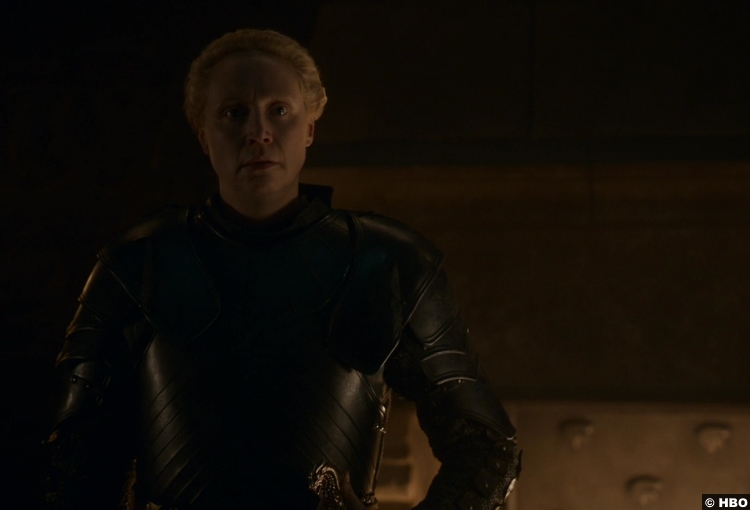 Here’s something I never thought I would have to write about: Tyrion being an idiot when it comes to his family. Quite understandably, Tyrion is on the outs with Dany this episode as Jamie’s arrival confirms that Cersei lied about the truce. Now, Tyrion is not an idiot, but he also doesn’t hate his family as much as he says. He killed his father, sure, but only after Tywin sentenced him to death and slept with Shae (though Tyrion bears some responsibility where Shae is concerned, he did murder her after all, because she felt betrayed by him). Yet he has underestimated Cersei since the war of the two Queens began. If Tywin has a true heir then it’s her. Cersei is happy to let the Dragon Queen and the North fight the dead and rule the mess that remains. Plus, she only used the cache of wildfire under the Sept, there’s plenty more hidden in Kings Landing. Back to the point, Tyrion was tricked, as was Jamie, by Cersei’s pregnancy, a way that the family name could live on, especially since Tyrion is partly responsible for Marcella’s death. He let his feelings cloud his judgement, but Cersei left feelings behind a long time ago.

Elsewhere in Winterfell, everyone else is preparing for their probable last night in this world. Arya and Gendry, who funnily enough both resemble Lyanna (in Arya’s case, which might also partly explain her affection for Jon), and a young Robert, have some last night on Earth sex, Davos rests his arse up against the fire (which is exactly what I would be doing), and in the episode’s most touching moment, Jamie makes Brienne and official Knight of the Seven Kingdoms. There is also the small matter of Jon telling Dany that he is the rightful heir to the Seven Kingdoms, a piece of info she barely has time to process before the horn sounds three times. 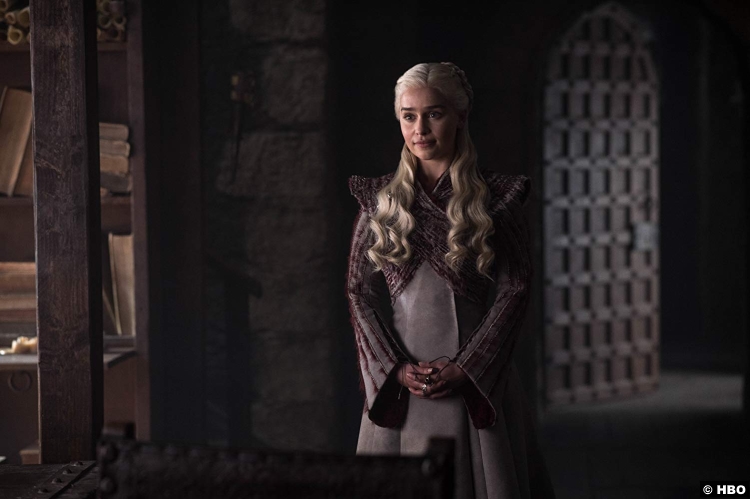 9/10 – The Knight of the Seven Kingdoms is the calm before the snowstorm, but by putting all of these characters in one location we get to see how rich George R R Martin’s world has become. Right before we probably lose about half the cast.

I wanted to mention this last week but didn’t have time. I’ve been thinking about the first proper trailer for this season. It begins with Arya’s speech about the many faces of death she has seen then cuts to her running through Winterfell, terrified, as something is chasing her. I kept asking myself, what would scare Arya at this point. The White Walkers are still outside the gates, I assume since Arya doesn’t seem to be with Jorah, Brienne, and everyone else. I think I’ve cracked it, though I’m allowing that someone, probably on Reddit, has already figured this out. Anyway, in the previous two episodes we have been spending a lot of time in the Winterfell crypt. It’s the place where everyone who can’t fight is going to be during the battle, while also being the location for a lot of important revelations over the years. To cut to the Arya chase, I think the Night King is going to reanimate the dead Starks in the tomb. While Ned may be headless, and Robb and Catelyn’s bodies were desecrated elsewhere, Rickon is still in alright shape. This is Game of Thrones after all, something this messed up could definitely happen.