Game of Thrones S07E05: Eastwatch – A Lot of set-up in an episode that feels the most like GoT

Season seven has been an odd beast in comparison to the rest of Game of Thrones. Five episodes in and there have already been three battles, two Stark reunions, and everyone seems to be able to travel through Westeros at about five times faster than normal. This isn’t a surprise really, after all the season is only seven episodes long, and the penultimate season of the show, so the pace really does need to quicken. That’s why something like Eastwatch feels like such a comfortable prospect. Remember when Game of Thrones took its time with plot? Well that doesn’t really happen here, in fact Eastwatch is the equivalent of season five’s first seven episodes rolled into one. The fact that it was the first episode of the season to act as a bridge, thanks in part to the absence of a battle to distinguish it, means that it has the show playing to its strengths in terms of world-building, and setting up conflicts, but it does leave you with the feeling that there is lots of good stuff that we missed.

We begin with Jamie and Bronn emerging at a safe distance from dragons, thus ruining, and saving the Tyrion reunion for later in the episode. Jamie was never going to die, at least not here, as he has to take the news back to Cersei that she’s basically screwed. Dany struck a huge blow with one dragon and a horde of Dothraki, wiping the sneer of Cersei’s face, as well as the advantage she was gaining in the previous three episodes, and unleashing her instinct to just say “fuck it, let’s fight the dragon bitch anyway”. What did Jamie really expect? Cersei has been passed reason for quite some time. Yet Jamie is determined to make sense out of the chaos that his life has become. No character has been twisted up by his family like Jamie has. I know Tyrion could match him in those stakes, and Dany was literally sold by her only living relative, but they came out of it all as good people. Tyrion especially got lucky, Tywin and Cersei hated him and loved Jamie, he got the better deal. Jamie’s love of Cersei, and his continued affection for Tyrion makes him the perfect bridge that his warring siblings can use to fight the bigger threat. Even if Jon’s plan to grab a White Walker and bring it to Cersei is insane, I can’t think of a better one. Not that it matters, as we know, and Jamie finds out, Cersei knew about the meeting of her brothers and will use the results of that meeting to her own advantage. This isn’t the first time this episode that Tyrion underestimates a Queen. 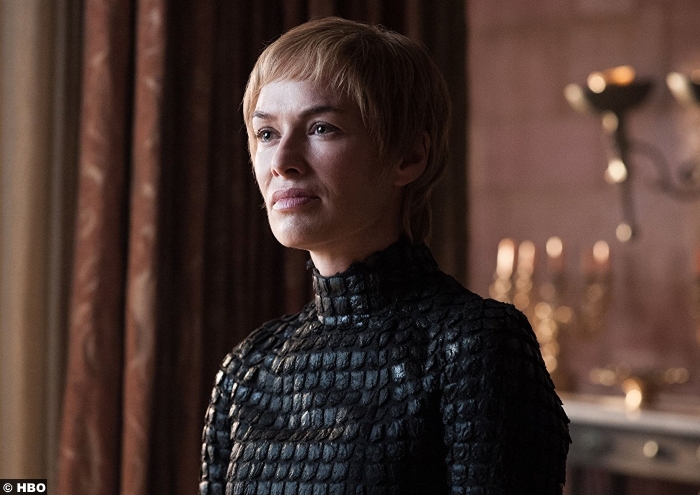 No matter what way I approach it, I don’t get the scene between Tyrion and Varys concerning Dany. There is a worry that Dany’s actions will bring her closer to the kind of psychosis that has plagued her family for generations but I have a little more faith in the actual Dragon Queen than the past that has been and gone. This obviously says more about Tyrion’s state of mind than Dany’s. Tyrion has always been good at war, but the human cost is something that sickens him: that’s why we walk with him through the aftermath of the Loot Train Battle, seeing through his eyes, the destruction that Dany is capable of. 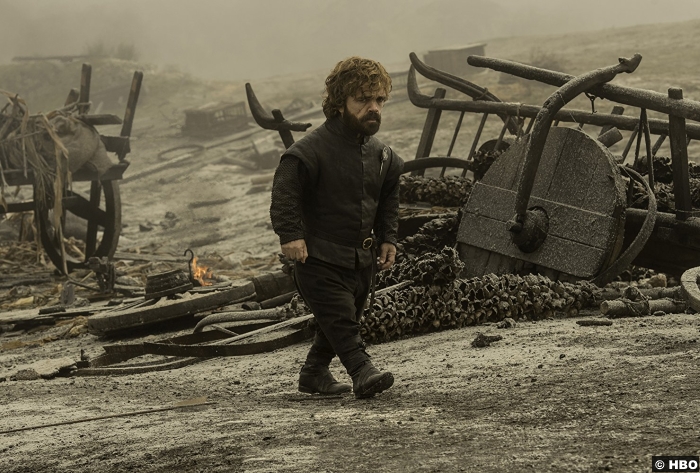 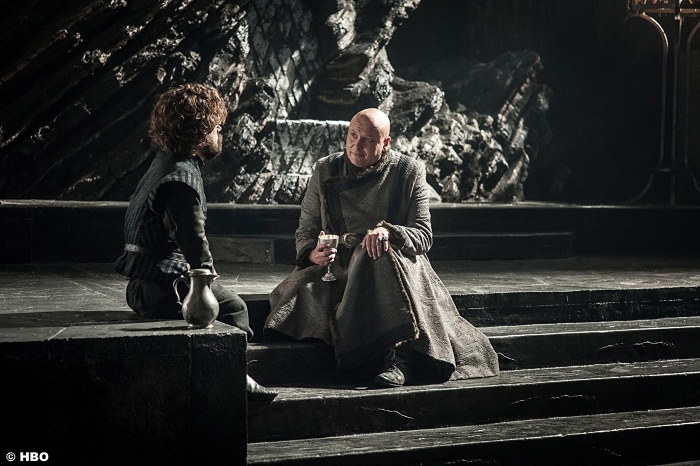 My argument is that all of this was absolutely necessary. Before this Dany was losing: with three of her main allies taking off the board easily. She had to respond, she had to set an example. War, by necessity, is not a place where those fighting can avoid getting blood on their hands. Add to that the fact that all of Tyrion’s strategies up to this point have failed. Dany still needs him as her hand, but she is fighting for herself as well as her rightful home. The burning of the Tarly’s was brutal, but again, a point had to be made. It’s one thing taking not taking Kings Landing because innocent people will die, but Dany, with the death of the Tarly’s has proven that she is a strong leader, and capable of winning this war. Tyrion’s worries seem premature. Even just comparing Dany and Cersei’s interactions with other people shows which of them is closer to being a monster. 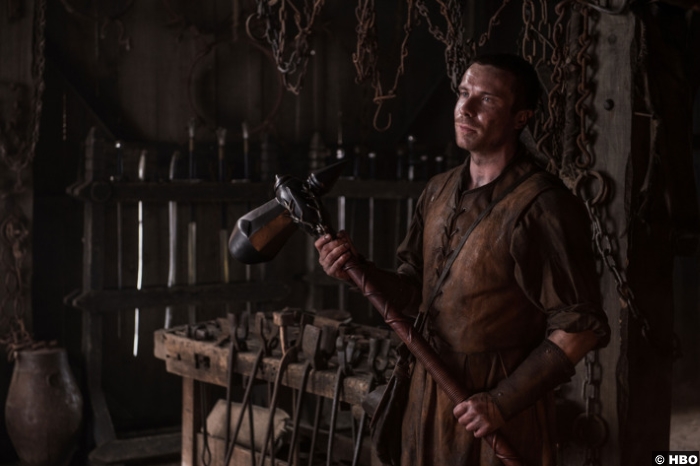 Speaking of monsters, the army of the dead is approaching Eastwatch, a location that was handily added to the opening credits this week. The crack team of warriors who will implement Jon’s plan, while ignoring Davos advice, despite being proof that that advice works, consists of Jon, Tormund, Gendry (I know, in a minute), and the Brotherhood, is an enticing prospect, even if it all seems a bit rushed. On the one hand, the fact that Gendry’s return was a significant moment for the show, the way that he breezed into the story was refreshing. He is ready to go with Davos at a moment’s notice, and there is no bullshitting Jon, as he shares his status as the bastard of his father’s best friend. Although, if Gilly’s revelation (which Sam ignores) is true, then Jon is actually a trueborn son of Prince Rhaegar, making him the rightful ruler of the Seven Kingdoms. That information would be exactly the type of metaphorical bucket of cold water thrown on those looks Dany and Jon give each other when the other isn’t looking.  On the other, the Hound, and the Brotherhood just appear at Eastwatch, after being absent for three episodes. That could have been fun. 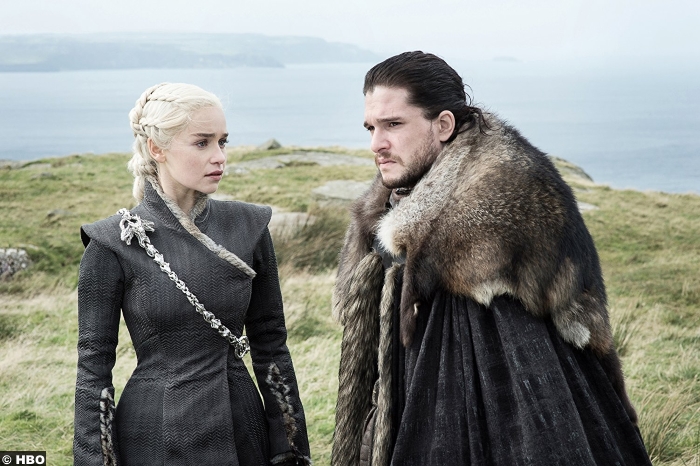 Lastly this week is Arya. Like Tyrion, Arya is being fairly judgmental to the woman in the hot seat. Her relationship with Sansa is starting to strain, mainly because Sansa is exhibiting the kind of behaviour that would have kept the rest of the family alive. It’s harsh on Sansa, but Arya is a blunt weapon, one that thinks, foolishly, that she is a match for Littlefinger. That scroll which he intentionally wanted her to find is the letter that Sansa wrote Robb under duress after when she was being held in Kings Landing. Arya doesn’t know about this crucial context, and has fallen into Littlefinger’s trap. 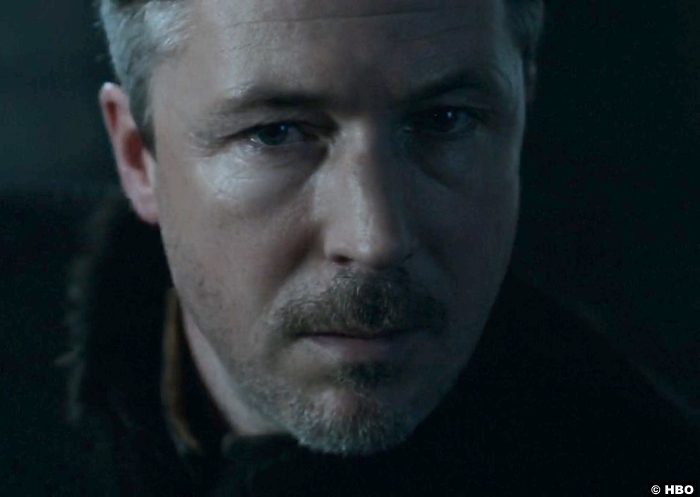 8/10 – Here is the lesson of Eastwatch, and one that Game of Thrones has been teaching from day one. Motives and behaviour are not always so easy to predict.