Game of Thrones S07E03: The Queen’s Justice – Things are escalating uncommonly fast in a landmark episode

Before I examine the Game of Thrones meeting of the ages between Ice and Fire, I need to examine three conversations between less important characters (at least in the context of this episode) to highlight something this episode, and this season as a whole, is doing really well. Game of Thrones has always excelled at scenes in which two characters talk alone in a room. Strip the show back from dragons, armies of the dead, and Three Eyed Ravens, and its these scenes that are the most important.

The Queen’s Justice, while having a good portion of action, and some truly sickening stuff from Cersei, is packed with these types of scenes. There are the positive: anytime Tyrion talks to anyone this week it’s usually to that person’s advantage, and the wholly negative: Cersei’s poetic justice fits nicely here. Yet there are three conversations outside of the main Jon and Dany plot, which have aspects of this, three conversations that bring home the moral ambiguity of the show.

The first is between Varys and Melisandre. The two are unarguably success stories: both former slaves who have suffered horribly in their lives yet are now pivotal pieces in the proverbial Game of Thrones. This conversation starts with Varys having the upper hand, almost gloating at his continued relevance to power now that Melisandre’s job of bringing ice and fire together is complete. Of course, any conversation with the Red Priestess is fraught with traps and that goes double here. Her last words to Varys is the assurance that they will both die in Westeros. That could mean anything in Varys’ case but Melisandre still has a confrontation with Arya to come. Remember: when both met each other in season three it was foretold that they would meet again. This conversation is an example of how varied the tone of the show can be, just in a single conversation, although by the slippery nature of both characters there is less of a grey area here. 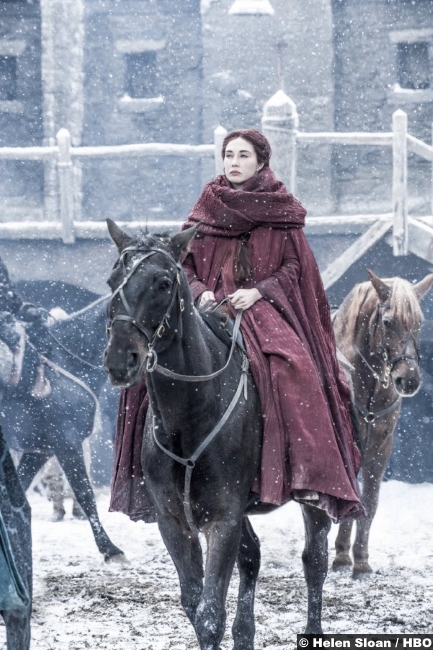 The second conversation is between Sansa and Bran. While I had a tear in my eye for this reconciliation, and excitement at Bran’s knowledge of Jon’s origins, but the scene in which brother and sister catch up left me a little queasy, and kind of furious. This is an example, for me anyway, of the show misusing this tonal variation. While the point of this scene is achieved: Bran’s casual mention of Sansa’s wedding night with Ramsay was shocking for both Sansa and the audience, and it certainly conveys Bran’s disconnection, but did it really have to come in the form of triggering his sister’s PTSD? While Sansa’s trauma should never be swept under the rug, even as she proves herself as a capable leader, this uses that trauma in service of another character, again. 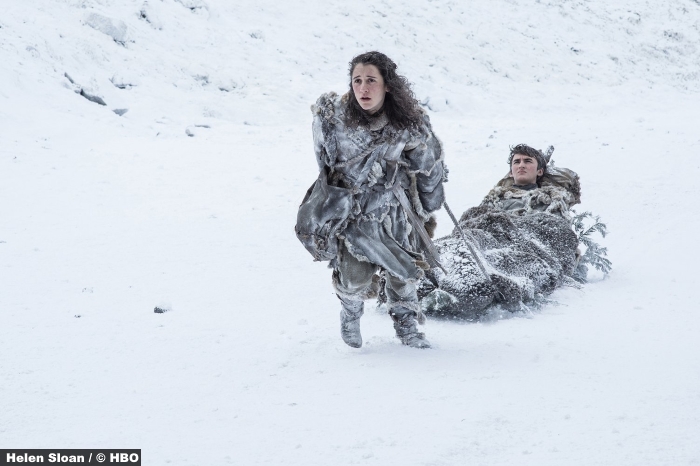 While that scene left a bad taste, the scene between Jamie and the defeated Queen of Thorns was the show in its best form. What helps this final conversation have such dramatic weight is the contrast in how Jamie and Cersei operate. This is a horrific episode for the Queen’s enemies as Cersei gets her revenge on those who murdered her children. Illyria Sand is doomed to life as she watches her daughter being taken from her in the same fashion as Myrcella was taken from Cersei. While Cersei shows all sides of herself: her brothers lover, the Mad Queen, and truly her father’s daughter, Lena Heady grounds the character with a performance that suggests both nuance and logic in Cersei’s actions. She could co easily slip into campy villain (Euron) territory in the poisoning scene, but Heady truthfully conveys a person that has had to rebuild herself into someone monstrous in order to survive the things that she has lost. Even when she is committing such evil acts, her mentioning not being able to sleep anymore actually made me sympathise with her.

Jamie used to be a monster, he is the reason Bran is crippled after all, but after taking Highgarden he grants the best Tyrell a merciful death. The Queen of Thorns never had trouble sleeping, as everything she did to protect her family was justified in her eyes. Jamie can relate to that, but the confession that she killed Joffrey, and that she wants Cersei to know, was a masterful left turn in a scene that would still have been perfect without it. 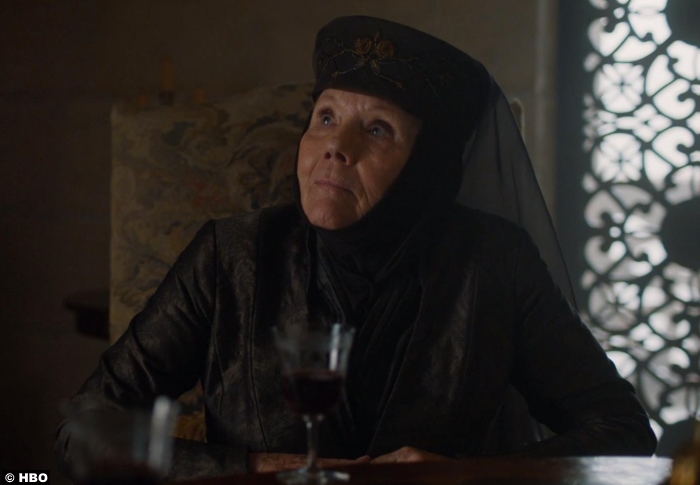 But enough preamble, let’s talk fire and ice. What can I really say about Dany and Jon’s meeting that isn’t blindingly obvious to the entire audience? In a plot sense, the meeting went as expected: neither got exactly what they wanted but they did get some consolation. Jon gets his Dragon Glass, and men to fight with him, and Dany has more useful allies. What really struck me about these scenes, which had all of the strengths of this seasons recurring motifs: mainly the sense that what they have down is now history to be learned from, and especially the choices of the current generation as opposed to the old, was how magnificent Emila Clarke and Kit Harrington are. 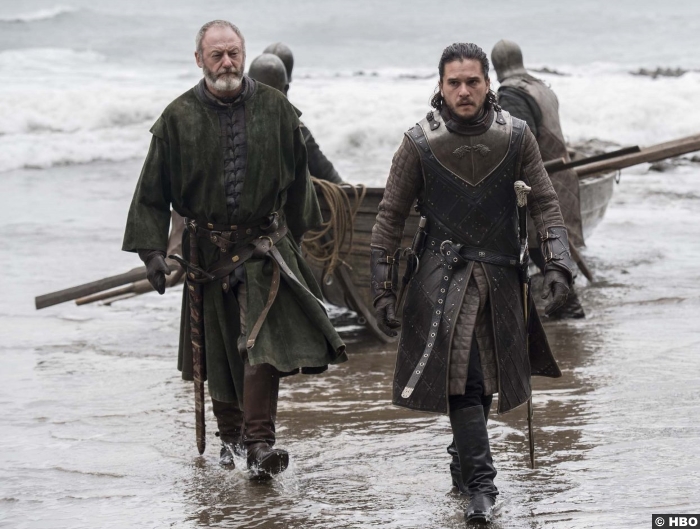 Both actors have such a command of their characters, with the weight of all they have experienced contrasted with the children they used to be. Emilia Clarke was especially brilliant as she lays out all that she has accomplished, and all that she has survived to become the rightful Queen of Westeros. This is especially highlighted by the fact that both acted veterans like Peter Dinklage and Liam Cunningham off the screen,

9/10 – Three episodes in and already a season’s worth of story has happened. The war has begun, the players are taking their positions, and some are already being taken off the board. Let’s hope the rest of season seven is as good because right now I feel like Jon Snow seeing a dragon for the first time.