On September 21, 1961, a New Hampshire woman named Betty Hill phoned the closest Air Force Base (Pease) to report that she and her husband Barney had had a strange encounter with something in the sky. That story of a close encounter, including an abduction, would become one of the most famous UFO stories of all time, so famous that when I saw the preview for this episode, I actually said, “Oh, that’s Barney Hill.”

The character based on Hill is named Thomas Mann (Malcolm Goodwin) and as with previous episodes, there’s a bit of a departure from the original story. For instance, although Mann is accompanied by his wife Valerie (Khalilah Joi), his abduction was a solo experience.

By the time we meet him, when he and Valerie arrive at the Project Blue Book office unannounced, he’s already phoned months earlier to try to get help. But Quinn brushed him off and that’s dangerous, because Thomas is a desperate man. 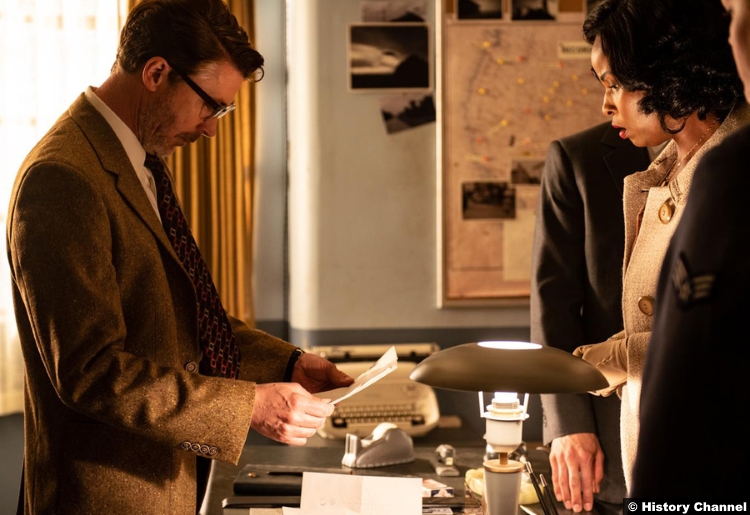 They’ve arrived at a difficult time for the Project, too. After Mimi’s ultimatum last week, it seems that Hynek has made his choice, and is at the office only to resign and take home his papers. This results in a tiff with Quinn, who reminds him that the Air Force owns all their work. Before they can really get into that, they’re interrupted by the Manns.

In keeping with their usual demeanors, Hynek wants to hear more, while Quinn can easily chalk up Mann’s issues to his being shellshocked by his war experiences. Before they can really come to an impasse, Mann makes the decision for all of them by pulling a gun. As I said, he’s a desperate man. 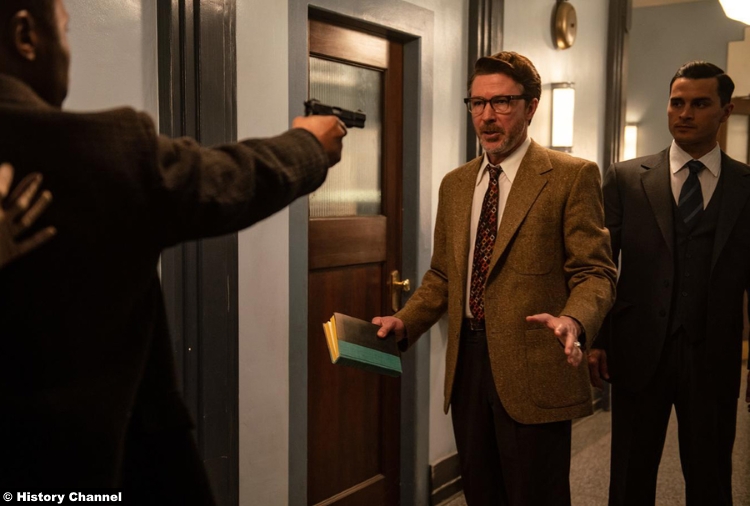 But is he telling the truth? It would seem so, as he produces a doodle he can’t stop drawing. It’s of a star system that wasn’t known to the general public at the time. And as Hynek points out, it’s drawn backwards, as if Mann had seem it from space, not from an earthbound perspective.

When Hynek hypnotizes him, which is apparently a skill he has now, Mann is able to describe his encounter in further detail. What he describes is a traumatic experience, in which he was not only abducted, but also experimented on in some fashion. It helps to remember that while these kinds of details are old hat to us after years of alien abduction TV and movies, they were revelations at the time.

Mann’s experience was so traumatizing, in fact, that he has to break himself out of his hypnotic state. By that point, the MPs on base are almost certainly outside, having been alerted to the hostage situation by the Project’s secretary. Mann ends up locking Quinn and Hynek in an office while he convinces his wife to remove whatever is causing the strange bump on the back of his neck.

Quinn and Hynek, meanwhile, are in the office for like, 30 seconds before they are in a full-on tussle. I understand their frustrations with the project and with each other, but it’s a little embarrassing to see two grown men horsing around like this. Luckily, their skirmish is interrupted by the Manns and the little disk that’s been removed from Thomas’s neck.

Quinn, almost immediately: It’s probably shrapnel. They don’t really get a chance to find out, though, because the MPs cut the power at that moment. While Quinn is urging Mann to stay away from the windows–he doesn’t and is subsequently shot–the little disk lights up. No one sees it, because they’re obviously more concerned about keeping Mann alive. (He survives.)

After all that, Hynek agrees to stay on with the Program. And all it took was some shoving and punching. That’s good, because that’s what he’s in the mood for when he returns home to find The Fixer waiting outside. The Fixer, unbothered, hands him a plane ticket and tells him to get to DC, because there’s something he needs to see there. 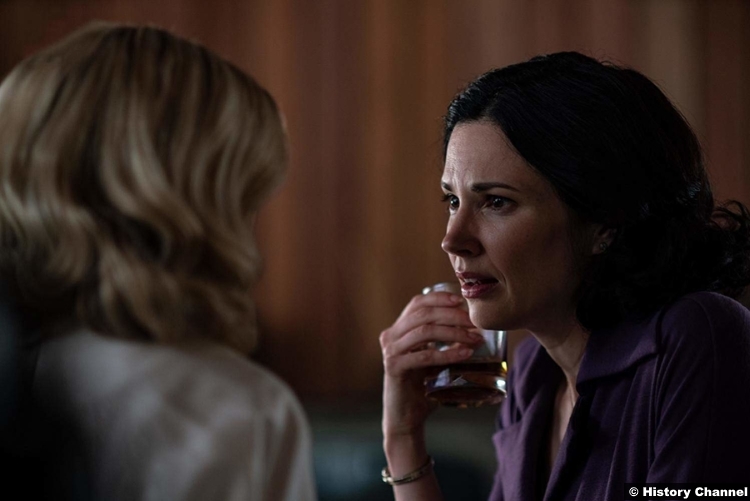 And Mimi’s gonna love that. She’s spent her time at home being 1950s-roofied by Susie, who was supposed to be gathering photos of Mimi in a compromising position, so the Russians can blackmail Allen. Instead of turning over photos, Susie just shoots her handler. That’s a plan, too.

8/10 – While I still have no idea what they’re doing with the Susie storyline, I enjoyed the mystery of the week and the compassionate way in which they handled the abduction story. Something is clearly troubling Mann and I wish we could see if anything changes after he’s pulled out that implant.

Note: Malcolm Goodwin is a series regular on iZombie, which you should be watching. The final season will begin in May, so you’ve still got some time to get caught up if you haven’t already. Also, as I mentioned in my Roswell review, next week’s reviews will be a bit late so I can go do something almost as scary as getting abducted by aliens.