This week’s episode is loosely based on an incident that occurred during the Korean War, but it seems to draw some elements from other, far scarier moments in American military history.

It begins when Project Blue Book is called to Wright-Patterson Air Force Base, where the generals show them a film of an Army Rangers training exercise. Well, that’s what it was supposed to be. What it turned into was chaos.

The Rangers were just about to begin when lights appeared in the sky. They started shooting at the lights and yada yada yada, they all ended up with injuries of some kind.

It doesn’t get any less confusing when Hynek and Quinn talk to the men at their base in Missouri. Their stories are contradictory and they seem to take that as a personal offense, becoming aggressive with one another when they disagree. So, the professor and the captain do the only thing that does seem to make sense, and check out the training scene. 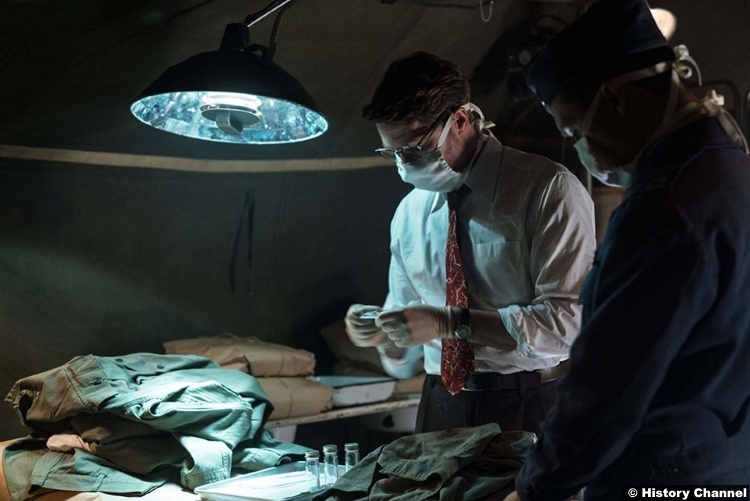 They find a lot of spent shells, but obviously, that only tells them what they already know–there was a lot of shooting going on. A noise nearby, however, gives Hynek a starting point for theories. That’s because the noise is coming from the murmurations of starlings. It’s quite lovely, or at least it is until they start attacking each other and tons of them fall dead to the ground.

Hynek dissects one of the birds and finds deterioration in its brain, which leads him to conclude that there might be something viral out there that’s causing all the aggression. If that’s the case, then everyone, including Quinn and him, is at risk. He decides to start blood-testing to find out.

Meanwhile, the generals are consulting with Corporal Wells (Jonathan Whitesell), an unhealthy-looking young man who’s apparently been turned into a conduit for communication. They ask if something is coming, but chin up, boys–Wells says something is already here. Then he just gets up and runs out of the building, as one does.

Then the sirens go off. Quinn, who’s geared up to go with some of the soldiers, tells Hynek it’s just a drill. He also tells him multiple times to stay put, but Hynek is not a child and also, you should know by now that he doesn’t listen. 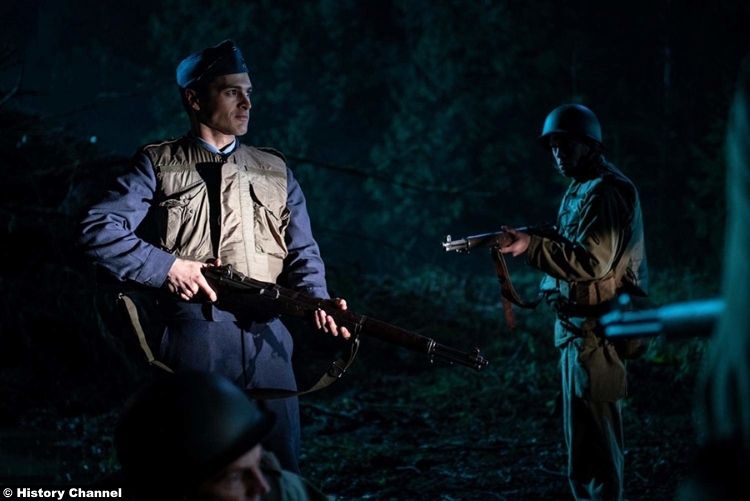 And that’s a good thing in this case because it becomes very clear very soon that all is not well in that truck. The leader of the group is aggressive with Quinn from the start, and by the time they get to their destination, the men have essentially decided that Quinn’s their enemy and they’re going to take him out. And if Hynek had listened, he wouldn’t have been there to make up a story about this all being a psychological test that the men passed.

That works for a few minutes, which is long enough for the Project team to run and hide. While they’re making their way out of the woods, Hynek finds evidence that the men were purposely exposed to some kind of agent. It’s not aliens, it’s not Russians–it’s just good old-fashioned government experimentation.

Speaking of, they then find Wells. He’s just as loopy with them as he was with the generals and becomes increasingly more so when he ferrets out the alien object, still hidden in the back of the car. (Quinn: “I KNEW YOU TOOK SOMETHING.”) Wells then runs off with the thing.

By the time they return to the base, we know two things: the generals had no idea this was all an experiment and Wells is dead. It’s not clear how, but we do see The Fixer pick up the object in the woods. He had no qualms about hurling an old woman from a window, so yeah. He probably killed Wells. 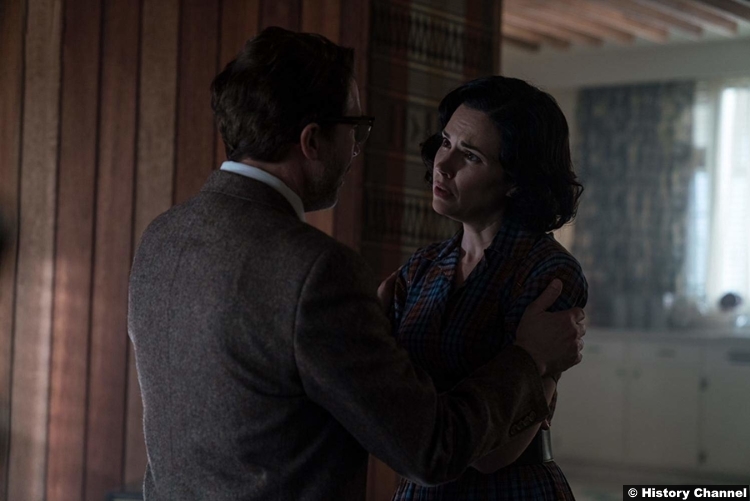 Anyway, it turns out the experiment was part of a test by Fairchild, who suspected the generals hadn’t shut down the Program that produced well-adjusted young men like Fuller and Wells. He will now be assuming control of the Project, much to Harding’s consternation.

Back at home, Donna’s husband has reported her missing and Mimi tells Susie that her husband brought home an alien object. Cool. She also gives him an ultimatum about continuing his work with the Project, but I’m just going to ignore that.

7/10 – This was a decent enough episode, but I didn’t buy the final confrontation between the Hyneks. I know Mimi is shaken after the incident with Fuller, but her reaction seems disproportionate. But hey, she’s got a gun now, so we can look forward to that.