iZombie just finished its second season, which might seem like a strange time to tell you to start watching it, but the CW renewed it for a third season in March. So, you’ll have plenty of time to catch up. But why should you? I’m glad you asked. 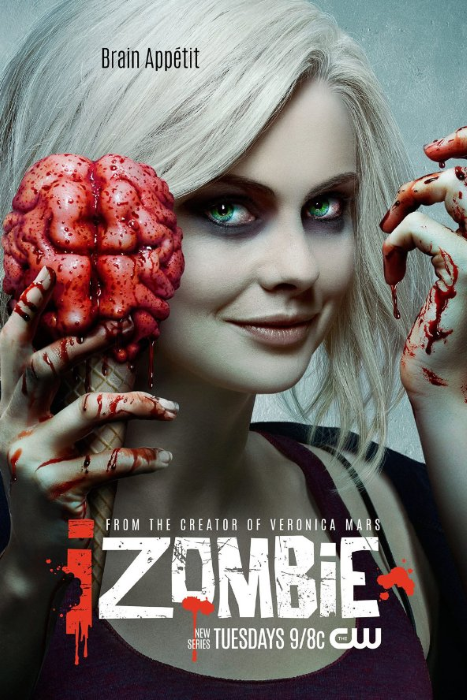 At first glance, iZombie might seem like just another supernatural show on the same network as Supernatural. It’s so much more, though. Set in Seattle, the show is about Liv Moore (pun intended), who was a medical resident on her way to bigger and better things when she decided to attend a boat party. At the party, everything started coming up zombie, Liv (Rose McIver) was scratched by a newly-turned living dead man, and there went her best-laid plans. (Note: In iZombie’s mythos, zombiism isn’t the typical instant ticket to decay and mindless violence. As long as a zombie stays sated with brains, she is, for all intents and purposes, a regular Jill.) 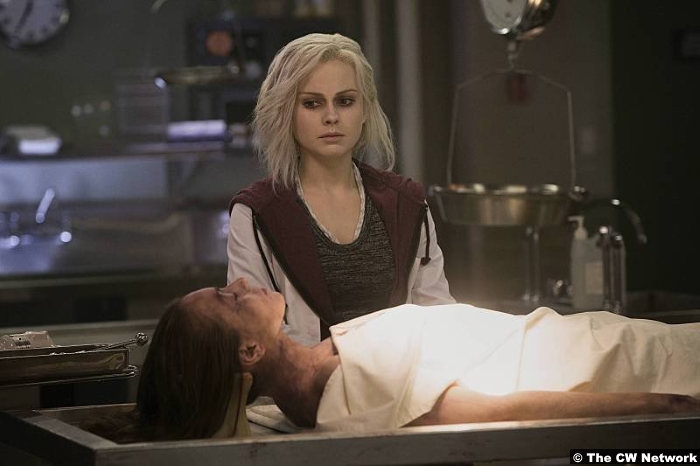 So this is where we meet Liv at the start of the series. She’s reinvented herself, breaking up with her fiancé and taking a job as a coroner’s assistant. The job serves a dual purpose: it gives her access to the brains she now needs to stay alive and it fits the lower profile she’s had to assume since her zombification.

When we meet Liv, her zombie status–as well as the fact that zombies are a thing now–is the one thing she’s desperate to hide from her friends and family. The only person she can confide in is Ravi (Rahul Kohli), her boss, who’s hopeful he can find a cure for the zombie blues. Ravi also inadvertently pushes Liv into a working relationship with detective Clive Babineaux (Malcolm Goodwin). When a zombie eats a brain, they take on parts of the deceased’s personality and memories. To hide how Liv is truly getting her information about murder victims, Ravi gives the cover story that she’s a psychic. Clive is a born skeptic, but he suspends his disbelief because Liv’s knowledge obviously gets results. 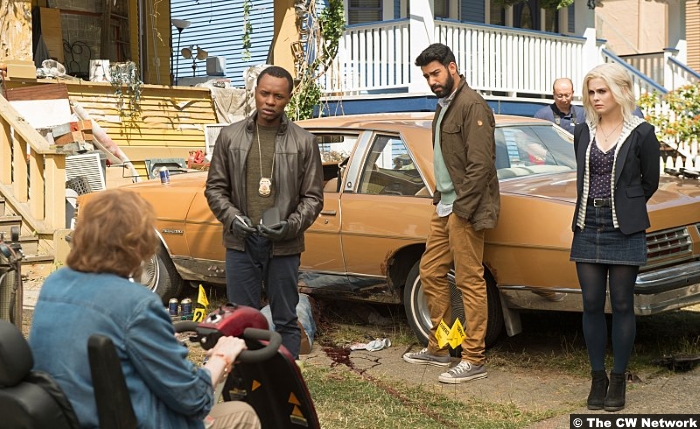 Meanwhile, Liv meets other zombies, including Blaine (David Anders), the poor little rich boy who turned her. He’s the kind of sleaze who oozes easily from drug-dealing to brain-dealing, who will always land on his (now pale white)  feet. His relationship with Liv is interesting, because she rightfully dislikes him, but he’s one of the few who can understand her new reality and with whom she can be her new self. That’s in contrast to her relationships with her family and friends, including former fiancé Major Lilywhite (Robert Buckley).

iZombie shares a lot of the bones of co-creator Rob Thomas’s former show, Veronica Mars. Both are about blonde gals scarred by trauma who now solve crimes, after all. There are stylistic similarities and repeat actors, as well, including Enrico Colantoni as a cop. However, there are some differences. While VM was able to explore issues of class and wealth through the depiction of the ultra-rich in southern California, iZombie’s characters are generally less flush. So instead, its exploration of class is shown through the treatment of the street kids who become victim to Blaine’s brains for cash business. And again, we see Liv’s struggle to reconcile herself with her new life, which her loved ones attribute to PTSD after the attack at the boat party. 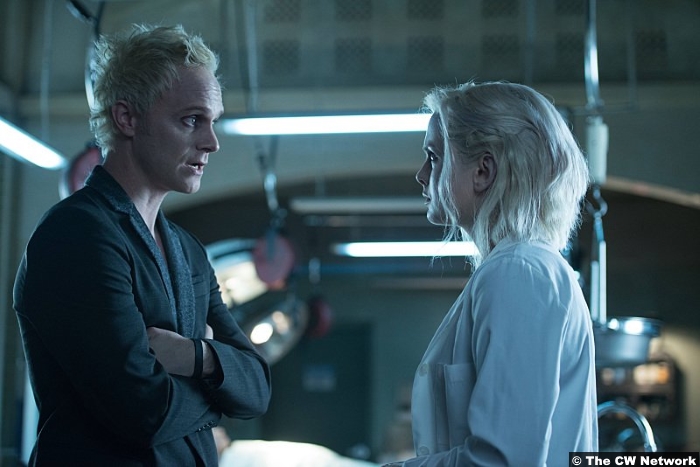 But despite these heavy topics, the show is downright fun. From Major naming his dog Minor to the butcher that serves as the front for Blaine’s business being called Meat Cute, there is a deep streak of cleverness to the show. The show also enjoys indulging in a bit of meta from time to time, like by having the other Rob Thomas appear. Then there are Liv’s adventures as other people, as she takes on character traits, hobbies, and skills previously foreign to her. Under the influence of other people’s brains, she speaks other languages, becomes an adrenaline junkie, and moonlights as a superhero, among other things. This is all fun to watch, but it also serves to help Liv heal, by letting her get a shot of courage or a dose of optimism.

The show’s title and general concept were taken from a comic book of the same name, and there is an element of that world in the series, including the graphics and the fact that the local crime boss is actually named Mr. Boss. But the show staves off death what could be a fatal overdose of silliness by grounding everything in reality or at least, as real a world populated by intelligent zombies can be.

If you like your zombie shows saturated with gloom and doom and/or you can’t abide zombies outside the Ricktatorship, then this might not be the show for you. But if you are looking for a funny, smart show to fill the void until we find out just who Negan killed, then check it out. You can watch the first season on Netflix or through the CW’s app. (Unfortunately, like WGN, the CW is apparently unavailable on demand.) And let me know what you think…