If you thought that Fuller would lay low after last week’s adventures, then I regret to inform you that we begin this week’s episode of Project Blue Book with his climbing a radio tower.

Before he advances toward the tower, he tells the security guards and police tailing him to remember a set of numbers. And somehow, they do! (Whereas I’ve heard the numbers repeated multiple times and I am still a little fuzzy. A 30?) 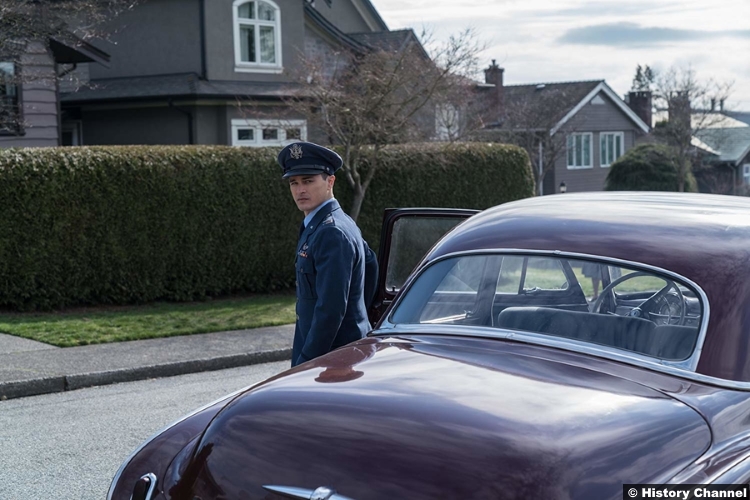 Fuller’s activity is enough to bring the generals to the Hyneks’ home, where they question the couple about their experiences. Mimi can’t add much, of course, and Dr. Hynek doesn’t want to. Even when pressed by Harding, he claims ignorance. The numbers are a sequence of pi, but he’s afraid he can’t help beyond that.

Of course, he recognizes the significance immediately, as he saw the numbers in that strange medical unit in the abandoned amusement park. They also function as a radio frequency, which is broadcasting a message that says, in part, “The arrival is upon us.” Tracking down the source of the transmission takes him to a studio where they produce softcore cheesecake. That’s nice. Everyone needs a hobby.

The woman running the studio doesn’t really know anything, though. She was paid to broadcast the signal and given an envelope to pass on to anyone who showed up. Hynek’s the first person ever to come.

The envelope contains WWII-era photos, which, with Quinn’s help, Hynek is able to trace to a group of veteran pilots. All of them believe they had encounters with “foo fighters”–not Dave Grohl’s band, but what they used to call UFOs. But when they reported these meetings, the Air Force did something to them. 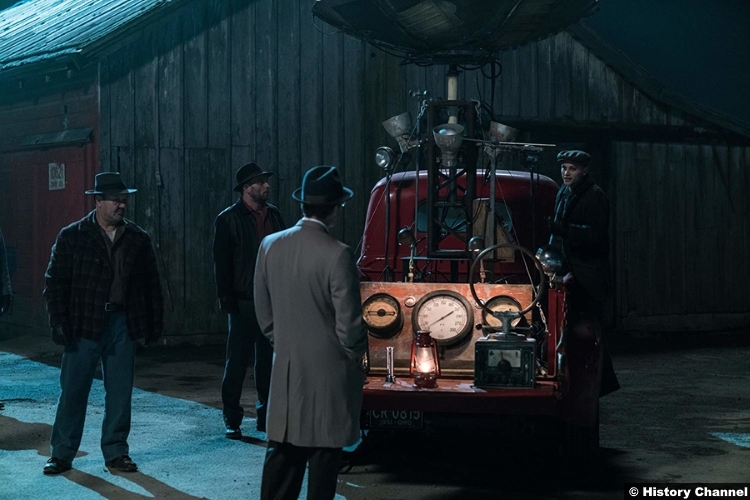 Hynek has no reason to doubt the encounters–they report similar stuff as Fuller, like hearing radio broadcasts from their hometowns. But something is clearly scrambled here. They believe that the communication they had with the foo fighters wasn’t just one-way–they can communicate back. And they’ve built a contraption to do so.

Quinn and Hynek are skeptical on this point–as Hynek points out, the strange lights they see are likely logging trucks in the far distance. But their talk with the men is enough for Hynek to tell Quinn about the amusement park. So they drive up there.

And if you’ve ever seen a TV show or movie before, I’m sure I don’t have to tell you that there’s nothing there. All traces of medical experimentation are gone. While Quinn takes a bathroom break before they go back home, Hynek dips outside to find Fuller waiting. I don’t like that can of gasoline sitting next to him.

However, he explains that he’s come to burn down the park. Hynek tries to reason with him, press him for more information, but when he shows him the strange symbol he keeps seeing, Fuller dumps the can on himself and self-immolates. He doesn’t make a sound as he burns. 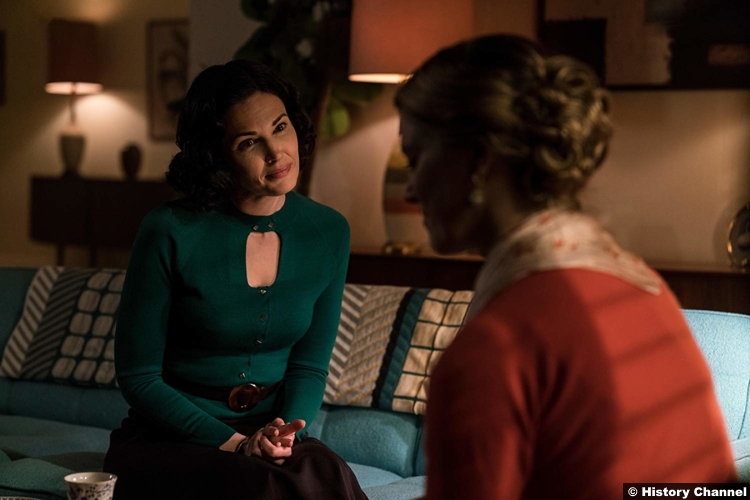 Back at home, the presence of military security outside the Hyneks’ home has not failed to attract attention. The same neighbor whose fallout shelter prompted Mimi to buy one visits, using a plate of cookies as her premise. The implication of her questions is clear–she thinks that perhaps the Hyneks have done something wrong and by “wrong,” I mean that they’re dirty commies. Mimi shuffles her out the door.

Meanwhile, Susie’s been questioned as well about her role in the Fuller incident and follows up on the initial interview with a meeting at Quinn’s office. She very obviously hits on him, which is both a power move and a good idea. I’d admire it, you know, if she weren’t trying to collapse my country. 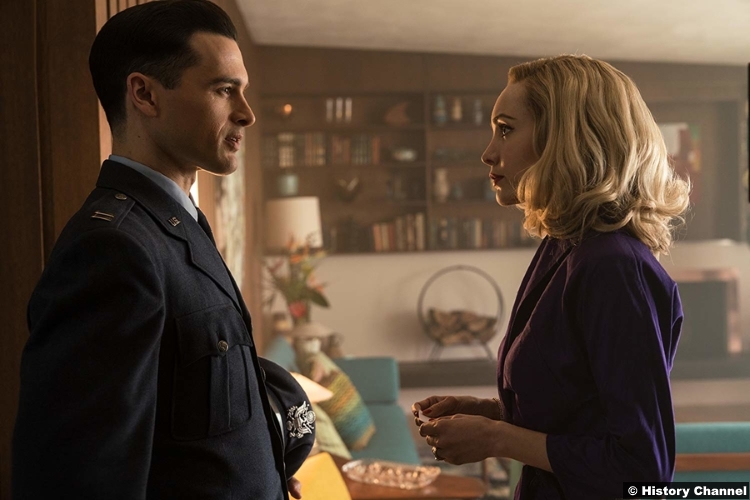 At the same time, Harding and Valentine are glad the whole Fuller mess has been wrapped up, but the ending is a bit puzzling for them. Suppose, Harding posits, Fuller’s shuffle off this mortal coil wasn’t entirely voluntary? And then we see a flashback of Hynek showing him the symbol and the awful meaning becomes clear: those pilots didn’t just have their memories muddled. They’ve been programmed.

9/10 – Whoa, this show just got dark! The introduction of Manchurian Candidate-style programming is nothing new, of course, but it still adds a scary edge And for a show that hasn’t exactly been all puppies and rainbows so far, that only makes it better.