Project Blue Book S01E06 Review: The Green Fireballs – The truth is out there

This week’s episode of Project Blue Book sees Hynek and Quinn venture further west than they have before and closer to a truth, if not the truth. Have you heard? It’s out there.

They’re visiting sunny Nevada, where a strange incident occurred at White Forest Testing Range (the non-union equivalent of White Sands). Something triggered a nuke, but thankfully, the launch was aborted. However, the two soldiers who were inadvertently in the target area reported that they saw–check the episode title–green fireballs. 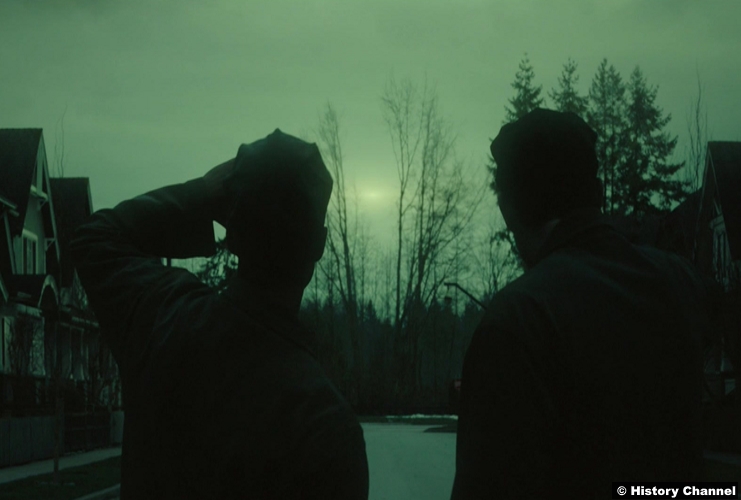 This offers Dr. Hynek ample opportunity to test out his new baby, his camera matrix project–basically a motion-activated camera system. And it gives him the chance to get away from home, where he’s having nightmares that a burn-scarred Fuller is trying to communicate with him. He’s definitely different after the Fuller incident and Quinn can tell, especially when Hynek is almost insistent that it was only meteors. (Meteors to this show are becoming what lupus was to House.)

They have another clash when it’s revealed that he didn’t clear the camera project with the generals, instead going around them to Fairchild. Quinn warns him that this is a bad play, but unsurprisingly, Hynek doesn’t listen. And Quinn can’t really dwell on it, because he soon has his hands full.

When they’re setting up the cameras where the fireballs were sighted–an effectively creepy mock neighborhood used for missile tests–Quinn catches a soldier from the range lurking about. He’s identified as Edward Rizzuto (Michael Imperioli), who works in the motor pool. Quinn questions him, but Rizzuto’s demeanor during their interaction raises his hackles. He reports to the generals that he believes Rizzuto to be a spy. They support his suspicions and encourage him to discreetly gather evidence, which he finds in Rizzuto’s quarters. This won’t be the end of Rizzuto’s story, I’m sure. 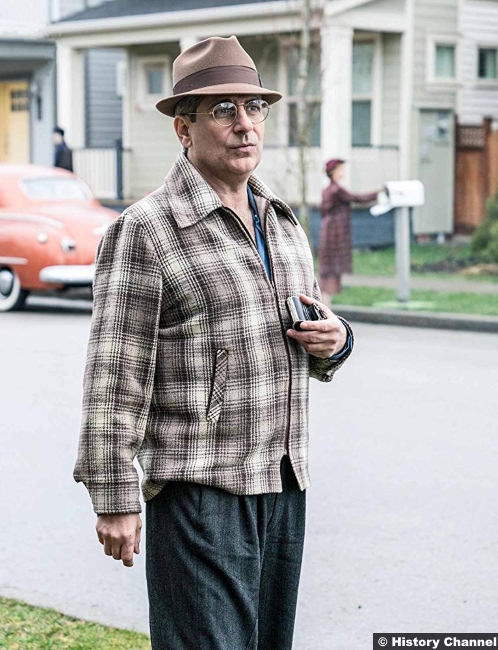 Meanwhile, Dr. Hynek is having a dizzy experience in the mock neighborhood. When he comes to, he’s being watched over by the man in the hat (Ian Tracey, who’s billed as “The Fixer”). He’s probably a Man in Black, judging by the loopy way he talks, but we’ll hold off on this designation until it’s definite. Anyway, he tells Hynek to meet him later at a local church and then tells him, “They’re coming back,” just before the sky fills with fireballs.

Later at the church, he’ll give Hynek keys–the trend this week on alien shows–and it will unlock a storage facility from which the doctor will take a souvenir. It reminds me a little of Al’s handlink on Quantum Leap, but in golden tones. Oh and it definitely looks not of this world.

Having finished their work for the most part and having had a semi-awkward conversation about their feelings, Hynek and Quinn meet with the generals. They’re satisfied with the meteors explanation, which Hynek obviously does not actually believe, but Harding tells him in no uncertain terms never ever to go behind his back again. Yeah, that seems unlikely. 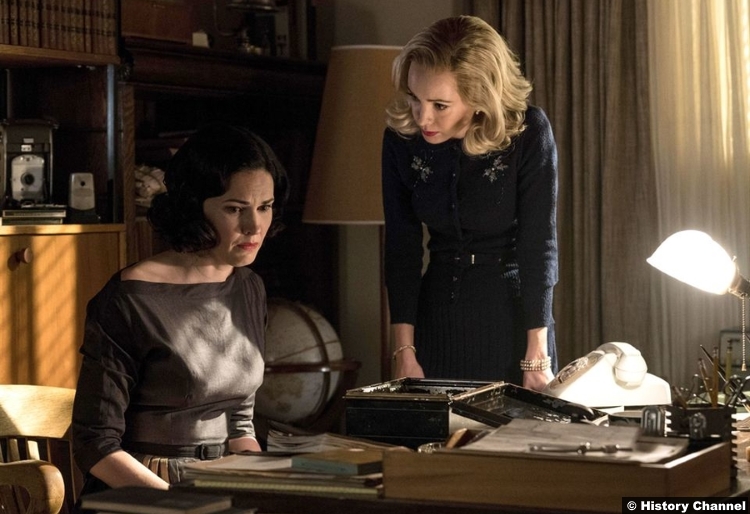 Back at home, Mimi confides in Susie about how distant Allen has been lately. This is great for Susie, because her handler’s trying to pull her off this project. Gently nudging Mimi into searching Hynek’s study for clues is obviously beneficial for Susie, as she’s able to gather reasons why she should stay. But why is she so adamant about staying? Is it Mimi? Because it doesn’t seem like this particular mission is that important to her.

Anyway, unfortunately for Donna (Heather Doerksen), the nosy neighbor, she runs into Susie and the handler (Currie Graham). I guess they’re not supposed to be seen together, because the next time we see Donna, she’s dead, thanks to the handler. Donna was a real Paranoid Patty, but she didn’t deserve this. Also, if you’re trying to be secret, don’t meet in public botanical gardens! Meet in parking garages like everyone else.

The handler gives Susie the hideous task of disposing of Donna’s body, but hey–won’t she and Mimi have so much to talk about?

8/10 – This was a solid episode overall. It wasn’t nonstop action, but it was exciting to get to hear from The Fixer, even if he tends to speak in riddles. But between me in a fog of medication and Dr. Hynek with his own issues, I think we got the gist of it. It’s aliens. And they might not like us that much.

And if you’ve been enjoying the show, you’ll get to enjoy it some more, because it’s been renewed for another season.