As you may have seen me mention before, I have a history degree. My concentration was on the Third Reich and part of my research work was on German rocket engineers. Why am I telling you this? Because when this image flashed up during Project Blue Book’s opening credits, I knew this was a show aimed at me.

That’s because that’s Wernher von Braun. He’s not only one of the German rocket engineers I studied–he’s the main one. And when I saw that the fourth episode was called “Operation Paperclip,” I was already excited.

You see, after World War II, the United States scooped up as many German scientists as they could. Of particular interest were rocket engineers. The military’s Joint Intelligence Objectives Agency began Operation Paperclip, which rid the scientists’ backgrounds of any troublesome wartime activities and brought the men and their families to the United States.

In 1950, over a 100 of them, including von Braun, were sent to Huntsville, Alabama. There they would build the American space program, which would put men on the moon less than 20 years later. But of course, on the show, we’re not there yet. 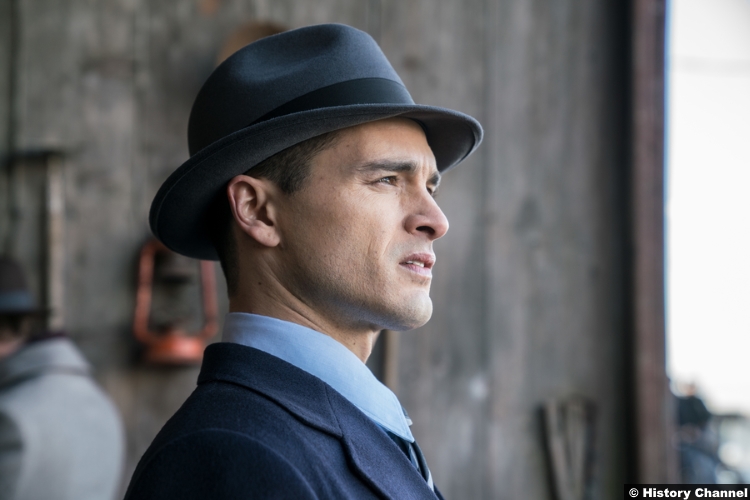 Having received a report of a strange craft that menaced a commercial airliner [based on the Chiles-Whitted encounter], Hynek and Quinn are sent down to rural Madison County in Alabama to interview a witness on the ground. When the farmer, whose hogs mysteriously died that same night, is led by Quinn into admitting that the craft had a rocket-y shape, Quinn makes a land speed record returning to the car. Their work is practically done because he knows what everyone saw.

It’s just von Braun and his scientists, testing their rockets. So they make what they intend to be a cursory visit to the base, a trip that takes them through streets lined with signs in German, which is clearly meant to be weird.

Me, born in a Bavarian settlement in Alabama between the towns of Bremen and Berlin, going to see a movie at the Marktplatz: Ist das komisch?

Yes, the Germans had a big impact on us when they came here. They are, after all, the main reason Huntsville became Rocket City.

But when we meet them, they’re just trying to get their rockets off the ground. It’s apparently top-secret stuff, too, because Project Blue Book is informed they’re not cleared to be on base. Hynek gets out about 3 seconds of an entreaty before Quinn is just driving through the gate. That works, too!

Despite that entrance, von Braun (Thomas Kretschmann) invites them in, answers some questions, and lets them observe a launch. And I must say that it’s hilarious watching Hynek interact with von Braun. As soon as the esteemed scientist mentions a paper Hynek wrote, the good doctor is practically swooning.

Quinn, on the other hand, who helped liberate at least one camp, is less enthused. So much so that he orchestrates an elaborate plan to get them secretly back on the base that night. And that’s after Hynek has revisited the pig farm and found crop circles nearby. By the way, someone has replaced the farmer’s hogs. 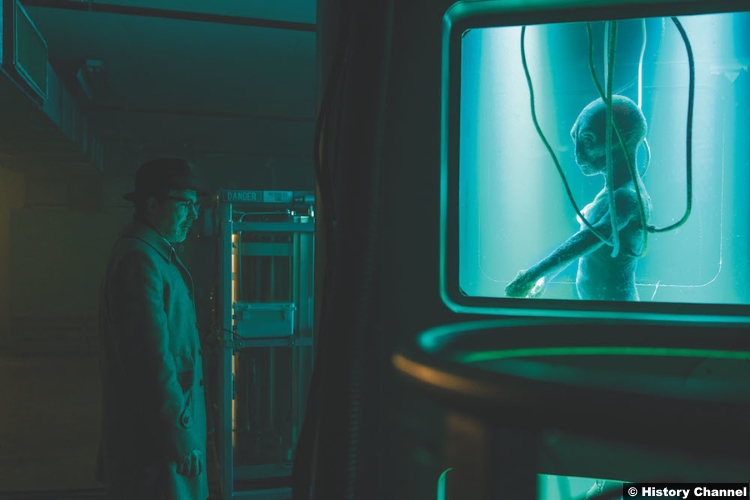 Once back on the base, the men break into a lab. There they make their most stunning discovery yet: a humanoid creature floating in a tank. Unfortunately, the tank is wired, so when Hynek touches it, it sets off alarms. They beat a hasty retreat, but still are cornered by von Braun and his men on the side of a road.

The scales have now fallen from Hynek’s eyes, though, and he tells von Braun that he sees him for who he is. A man whose allegiance is ruled by expedience? Well, maybe. But mostly a liar. This is after von Braun has told them that the thing they saw was a rhesus monkey. We know what monkeys look like, Wernher.

Back at home, Mimi is still being menaced by the man from the hardware store, whom I didn’t recognize as Fuller, the pilot from the first episode. He’s desperate to warn her that they’re all in danger, but of course, he comes off unhinged, so she’s terrified of him. So much so, that when Susie picks it up on her bug, she rushes over to save the day. Fuller runs off, but I’m sure he’ll be back. 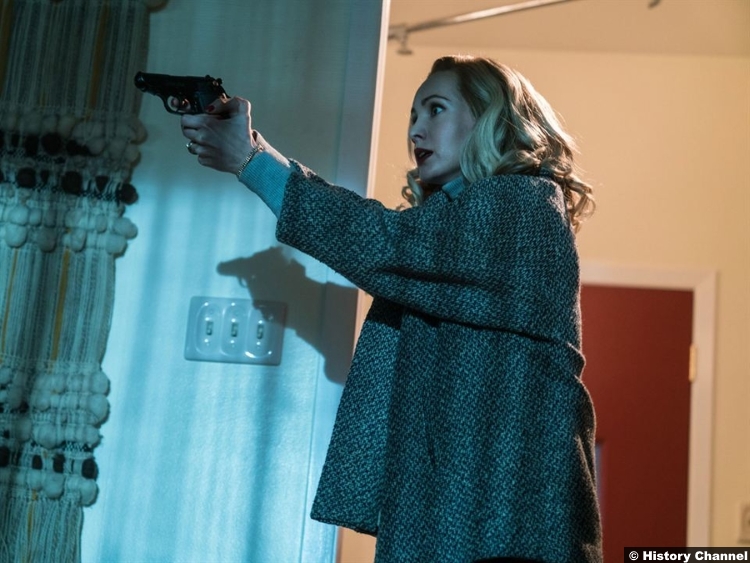 Quinn is also back, after being suspended from the Project. Harding meets with von Braun, who recommends he rehire Quinn, so he can be watched. He also recommends handing Hynek a little victory, so he’ll feel appeased. Yeah, this TV version of von Braun may know rockets, but he doesn’t know shit about Hynek.

Harding is with von Braun, by the way, to watch the launch of that flying saucer we saw previously. A very nervous (human) pilot is hustled into the saucer, which whirls and stirs and finally just disappears. “It worked,” von Braun says, but what does that mean?!

8/10 – Although there were minor errors–von Braun would have never spoken German at work–for the most part, this was a pretty decent (fictional) portrayal of the man. As for the rest of the episode, it was wild. I actually gasped when they revealed the crop circles. Although it was a little odd tonally, I appreciated that Quinn made a reference to the horrors he saw after the war. Part of that, of course, involved human experimentation and as we saw this week, it hasn’t ended for those poor pilots.