In 1952, a 32-year-old Scoutmaster named D.S. “Sonny” DesVergers reported a startling incident he had experienced. If I were to write the headline, it would be “Florida Man Knocked Out By Light, Wakes Up Burned in Swamp.”

According to DesVergers, he and a group of Scouts were just outside West Palm Beach when they saw a flash. When he went to investigate, he found a craft surrounded by a red light that turned into a mist. Then he lost consciousness. When he came to, he had been badly burned.

This incident, which IRL Project Blue Book chief Captain Edward Ruppelt would call “one of the weirdest UFO reports that I came up against,” is the inspiration for this week’s episode. It’s also Dr. Hynek’s first solo mission. As with previous episodes, the show takes a few liberties with its source inspiration. 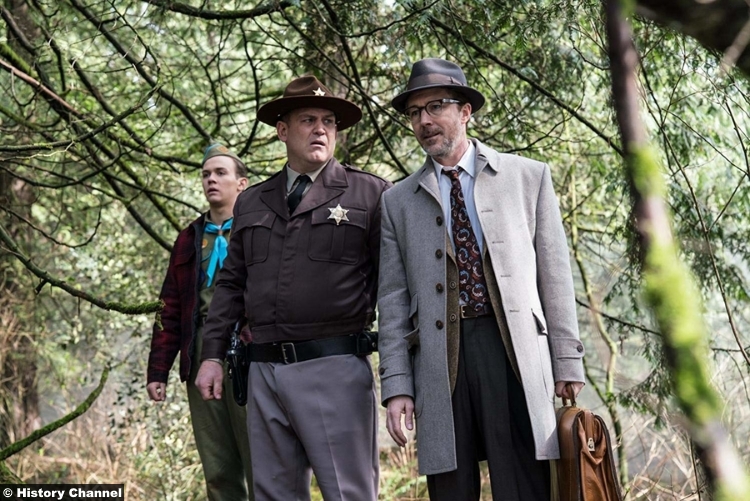 For example, the Scout troop we meet in the episode is in Kentucky, and they’re on a camping trip when they see the lights. By the time Hynek’s on the scene, the Scoutmaster (Kevin Christy) is still missing, but Dr. Hynek finds his camera in the woods. When he develops the pictures, it certainly looks like the Scoutmaster’s seen something odd.

When teenage Scout Brian tells him about the local Chahta legend about “star people” who are supposed to return, obviously Dr. Hynek is intrigued. (Brian has wanted to be an astronomer since he was 7, so you know he’s going to be one of Hynek’s favorite people.) Specifically, the legend mentions that in “fire and ash, the ground will burn,” and that the listener should “beware the night the star people return.” That’s soothing. Y’all sure that ain’t a German tale for children?

Anyway, Brian takes Dr. Hynek to a cave where petroglyphs depict a craft much like the one in the Scoutmaster’s photos. The triangular symbol that triggered Fuller’s death is also there, so that’s great. Armed with this new information, he obviously needs to talk to someone who knows more about the legend, so the Sheriff (Ty Olsson) brings him to the Chahta rez to meet with David Akule. Akule is played by the great Graham Greene and he is wonderful.

Akule, the Sheriff, and Hynek go out to the woods together, at which point Hynek thinks he’s solved it. The woods are ridged by a swamp and swamp gas could have caused the phenomena that the troop saw. Of course, that still doesn’t explain why the Scoutmaster’s still missing, a fact that is repeatedly shouted at Hynek when he shares his theory at a town meeting. And of course, the Scoutmaster chooses that moment to make his return. The drama! 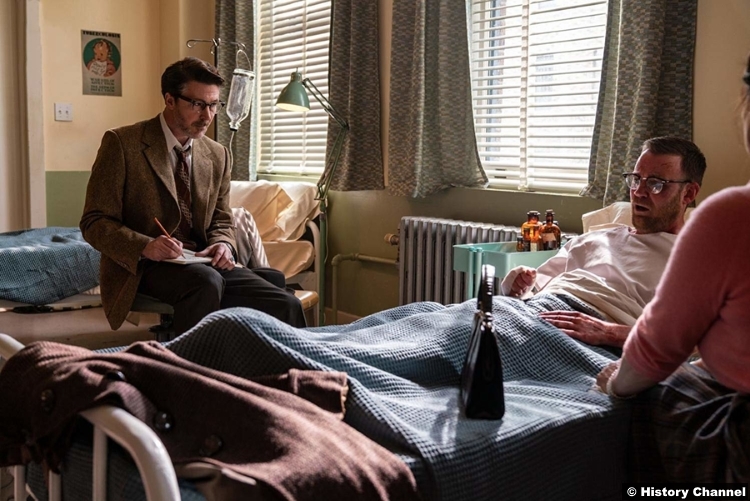 He tells a tale much like the one DesVergers told, except in this one, he saw a creature and then murdered it. He takes Hynek and the Sheriff and Brian out to the woods where he produces an elongated skull. Man, that thing decomposed fast! Unless, of course, it was already decomposed. Because it was.

Because when Hynek shows the skull to Akule, the doctor finds out what I already knew–the Chahta people practiced head-binding, which would deform the skull in that manner. It seems all we have here is a hoax built on a grave robbery. The photos were taken on a different night–Hynek can tell by the moon’s position, the skull was ripped from its grave, and the Sheriff, who did the ripping, sent out a telegram about the incident before it even happened. We know that last fact from good ol’ Brian, who *wiping away a tear* works three jobs, including one at the Western Union.

Confronted with the evidence, neither of the men cave, but Hynek doesn’t care. He’s cracked it and that’s it. If only it had gone so easy for Quinn. 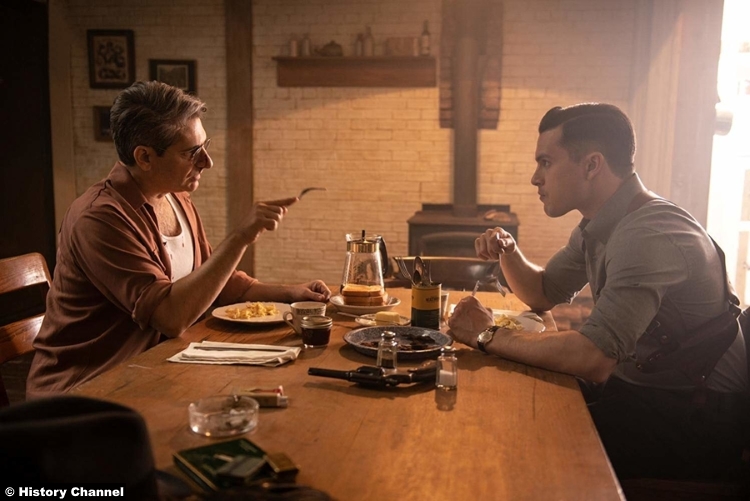 That’s because he spent the bulk of the episode with Rizzuto, in a series of scenes that were really the stand-out of the episode. I realize that’s a strange thing to say since they’re getting such short shrift in this review, but that’s only because they’re fairly simple to summarize. Quinn thinks he’s breaking a spy, but it’s all a trick. Rizzuto’s already been turned, and it’s a ploy to see if Quinn is up to no good. It seems that object Hynek took did not go unnoticed. In a funny twist, they think Hynek is too much of a nerd to have stolen it.

Quinn is understandably outraged, but Harding, who was overseeing this little exercise, manages to say all the right things. It appears that Quinn is appeased, but there’s a crack now. As the late, great Leonard Cohen said, that’s how the light gets in. Quinn’s going to have to decide who to trust. And right now, he may trust Hynek, but there’s not a lot of reason to. After all, he keeps lying to Quinn, too. 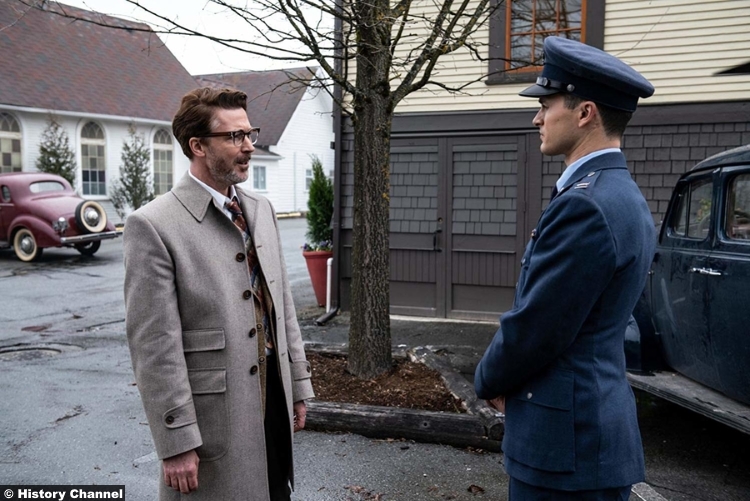 Okay, technically, he technicallys his way out of this. Quinn asked specifically if he stole “sensitive material,” not an object. And then Hynek just didn’t answer him. He did that classic liar’s move of just repeating the question back.

But of course, he did take that object, which he moves to his trunk for safe-keeping once they return home. Apparently, that was the wrong move, though, because his tail light illuminates and then shatters right after that. And nothing good happens on this show when something’s activated.

9/10 – Although the scenes with Graham Greene were wonderful–and oddly respectful of native life for the 1950s–as I mentioned, the real power in this episode was in the interaction of Quinn and Rizzuto. Quinn has shown flashes of his barely contained rage in previous episodes, but the scariest thing so far on this spooky space show is learning that he can control that rage. He’ll control it right into a fork in your hand.