You S01E06 Review: Amour Fou – You were expecting blood, right?

Last week, we had the exact nature of Peach’s feelings for Beck confirmed for us. To recap, she’s obsessed with Beck and will use anything she can or has to to keep Beck wrapped in her tentacles.

So of course, she’s going to milk her near-death experience to the hilt. She is holed up in Beck’s apartment, of course, where the essential oil diffusers are on high and Peach’s GAF meter is very low. She tolerates “Joseph”‘s presence just long enough for him to see that she’s bought Beck and herself tickets to Paris, but then she needs the “male energy” to get out of there. She has no idea that Joe is the one who attacked her, btw. She thinks it’s a stalker because she’s ever so famous, of course.

What she really wants to do is convalesce at the family estate in Greenwich, which would just be so much better if Beck were there. In response to hearing about this, impulsive Joe impulsively blurts out that Peach is in love with her and that she’s just manipulating her. I mean, yeah, but you don’t just say it. Joe, have you met my friend Jane? 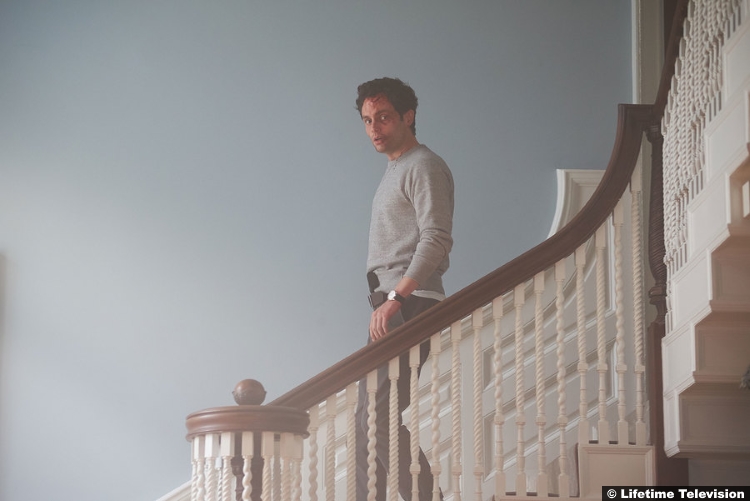 Anyway, Beck takes that about as well as you’d expect and huffs out of Mooney’s to go get ready for her trip to Connecticut. All is not lost for Joe, though, as Claudia (Victoria Cartagena), Paco’s mom greets him outside. Not only has she kicked Ron to the curb, but she knows what Joe’s done for Paco and so she owes Joe a favor. Don’t owe that man any favors. It won’t be anything good. So after hearing that good news, Joe decides to stay in the city and give Beck some distance.

Ha, just kidding–he follows her up there. He’s wearing Benji’s cap and watch–why do you still have those???–so that he can better fit in among the moneyed crowd. He’s nearly there when a deer darts out in front of him and city boy Joe steers off the road for some reason. (Mental note: I do all the country driving from now on.) Although there’s no damage to the car, as my grandmother would say, he’s been knocked a-windin’. He’s got a nasty cut on his forehead and he spent the whole night unconscious. And now he’s hallucinating his ex Candace (Ambyr Childers).

A cop stumbles upon once he’s cleaning up, but don’t worry, Joe is able to talk his way out of it. Or so he thinks. He does get to leave without providing any real information, but the officer takes down the license plate number. Meanwhile, Joe is making it to the Salinger estate, which is unlocked, because it can be. Peach and Beck are off on what sounds like a pretty chill day to be honest: a little mall shopping, pizza, and a movie. Joe passes out in the house while trying to sew up his forehead. 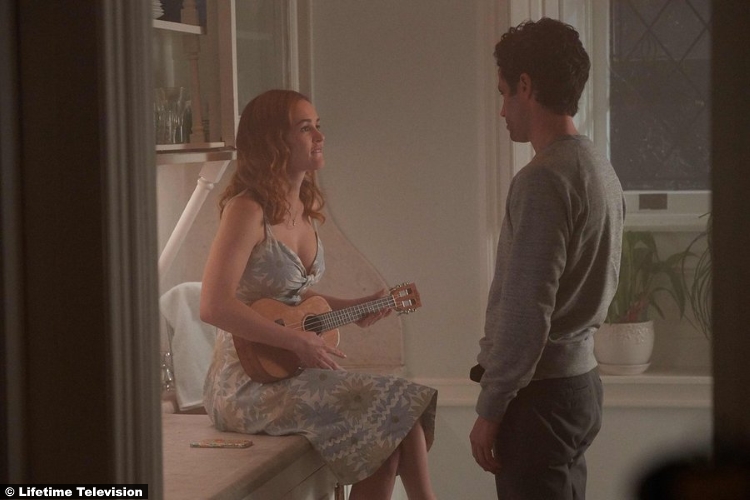 Although it strains credulity, Joe manages to scamper about the house without ever being noticed. Sure, he has to pee in a jar, but he learns so many secrets, like that Peach has a gun in her purse. While Joe’s scampering, Peach brings up the Paris plan. Specifically, she wants Beck to come stay in her family’s flat there. She drives a hard bargain, so Beck agrees to think about it, but come on. It should be obvious what’s going on here–it’s just another manipulation to keep her dependent on Peach.

And speaking of obvious, meet Raj (Gerrard Lobo), whom Peach’s invited to come play. It’s obvious what’s supposed to happen here–they’re all going to take molly and maybe Beck and Raj will hook up and she’ll forget all about “Joseph” and come to Paris. Instead, after Peach kisses her, she leaves the room to dance and text Joe, who’s trapped under the bed while Raj and Peach do “interesting” things all night.

The next day, she has a fight with Peach when she tells her that she’s not going to Paris. Her reasoning is solid–she doesn’t want to give up on her MFA and her life. But it’s her specific mention of Joe that sets off Peach, who calls him “trash” and “nothing.” Again, Beck is trying to be reasonable here, but Peach doesn’t want to hear reason. 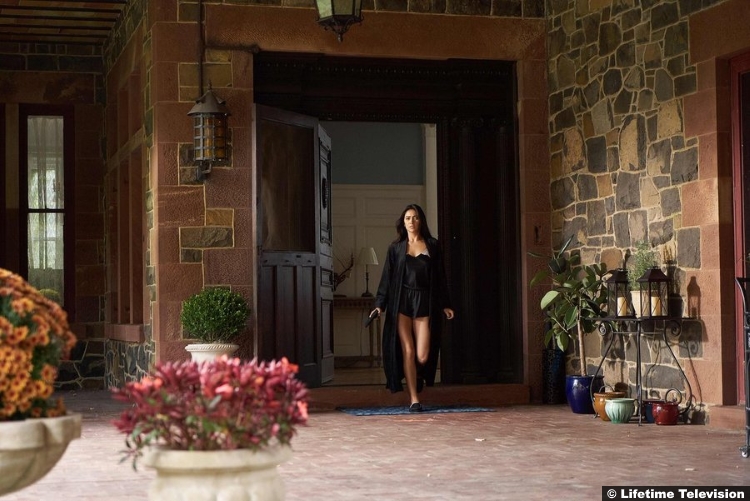 Joe is now alone in the house with Peach, but unfortunately (for him), he has another hallucination with Candace. It seems that he assumed she was cheating. When he comes to, Peach has her gun on him. She’s figured out that he’s behind, well, everything. He’s the stalker. He tries to stall by saying that he has her secret files and that his “associate Paco,” LOL, will release them to her friends if anything happens to him. He tries to convince her to just go to Paris. It doesn’t work, though, so he just makes a run for it.

She manages to clip him in the leg, which is not an easy shot, so good for you, Peach. Unfortunately for her, she falls for one of the oldest horror movie tricks in the book–the monster’s dead. She gets a little too close to Joe, so he’s able to trip her. They struggle and he shoots her.

We don’t see how he shot her, but he’s apparently able to stage it as a suicide, which is what he does. It’s altogether very sloppy–he’s left DNA all over the house, particularly that jar of pee. The cop who detained him earlier is on the scene and runs his license plate. Then he uses up his one favor from Claudia to have her fix his gunshot wound.

At least he’s got Beck. For the moment.

8/10 – I was going to rate this higher, but there were a couple of moments that just rang false to me. The convenience of Peach having a printed itinerary, for one. I’m a super-planner and even I don’t print my itinerary. And having Claudia fix him up. As she says, it’s just a graze, so I don’t know why he can stitch up his own forehead, but not deal with a grazing wound. Anyway, I enjoyed the full-tilt bonkers conclusion, but I wish they didn’t use little cheats like that to set it up.