Preacher S03E10: The Light Above – Finally, a good finale

Writing about television is not the hardest job in the world, far from it, but reviewing different shows builds certain expectations in terms of what those shows accomplish, whether they’re good or bad, and how so. For instance, writing about The Walking Dead is simple as the show continues to prove that it’s at least three seasons past its peak. Vikings is still reliably flailing nearly two years after a major cast change, and Westworld is always good but feels like it could be so much better. Oh, and Game of Thrones is always horrible. You’re probably wondering why I’m bringing up nearly my entire collection of shows, but it’s quite simple: Preacher is very much an anomaly.

Out of all the shows I’ve covered for this site, Preacher is the one I have the most history with. I’m still a huge fan of the comics that the show is based on, it’s possibly my favorite series of comics that I’ve ever read, which has made for an unpredictably weird relationship with the show. The fact is that three seasons in, Preacher is still hard to pin down. Is it a good show? Yes, absolutely, but it can also annoy the bloody hell out of me as a lot of the changes they have made through adaptation have been less interesting, and sometimes downright nonsensical. Then there is the fact that season two was half good and half the worst TV show I saw last year. More than anyone, I didn’t think that Preacher could get out of its own weird way long enough to gain even a shred of consistency. But, because Sam Catlin is a merciful God, that is exactly what has happened with season three.

From the moment Jesse arrived in Angelville with a hate-filled Cassidy and a dead Tulip, the show has sharpened its focus and finally found material that gets the best out of its characters. It hasn’t been perfect: I still can’t stand Hitler and while the choice to make him the new king of Hell is funny in theory, I found myself groaning at the mere possibility if his return in a very probable fourth season. Adding to that, the Angelville plot went on at least three episodes too long, and Tulip has been given inconstant material that, luckily for the show, Ruth Negga has elevated from boiler-plate to extremely entertaining. There are still flaws inherent in the show, it looks like there always will be, but I can’t deny that Preacher has improved drastically this year. The main example of this fact is that we have finally been given a season finale that is actually worth watching.

Much like Chris Carter in The X Files, Sam Catlin’s name on the credits usually meant a dip in quality for Preacher, none more so than the finales for both season one and season two. This is the guy who thought the theoretical humor of a fart bomb taking out season one’s entire setting was more important than the fact that it destroyed most of the characters whose stories we had been following for the previous nine episodes, while also having Jesse display Genesis to Tulip by forcing him to kiss her. Season two was somehow even worse as all of the plot threads that kept the show as dull as dishwater for the previous seven episodes culminated on Tulip getting screwed again. If you can’t tell I’m very protective of Tulip and she deserves better. Much to my surprise, The Light Above isn’t just Catlin’s first competent season finale, it’s actually a blast from start to finish. Not only is the episode packed with humor and violence, it sets up plots for season four that are very tantalizing, apart from Hitler that is. 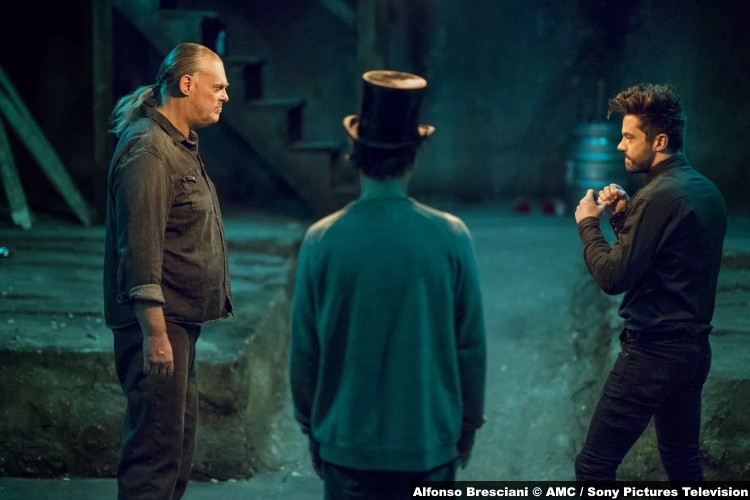 Jesse’s revenge is well-earned, and I loved that he couldn’t get away clean. Jesse’s dark side has always been one of the show’s most interesting diversions from the comics: in which Jesse is a lot more straight-laced, and Angelville is the very core of that darkness. While the story shouldn’t have lasted the full ten episodes, The Light Above brings the curtain down on Angelville in a very satisfying way. Jesse finally beats Jody in a fair fight, TC goes down with the proverbial ship, and Grandma gets fried, but the fight still costs Jesse his soul. He could have left Marie to rot with everything she relied upon destroyed, but his choice to willingly damn himself is the kind of choice that directly informs his character. Even when he wins against these people, and he feels like he has, he loses. 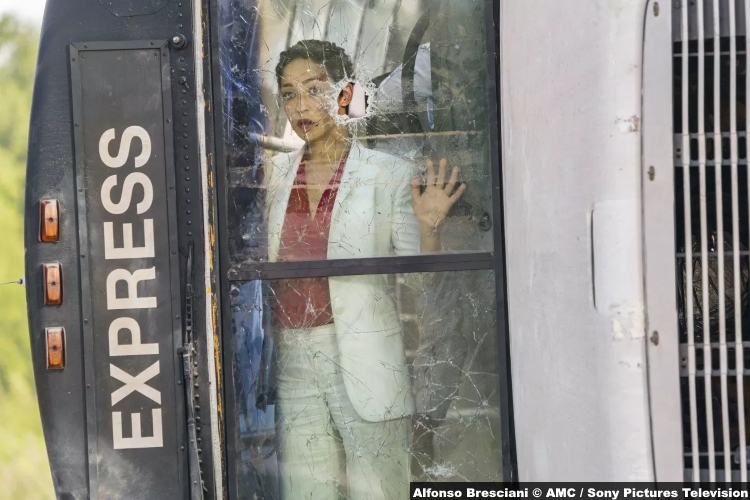 Tulip and Cassidy wrap up their plots in explosive fashion with some neat twists and turns: especially Cassidy’s defeat of Eccarius. While Tulip’s plot had to go through a lot of hurdles to get her on that bus, the three-way battle was the action highlight of the hour. Catlin’s direction has improved tenfold in this episode, with a different style to differentiate each battle: The Saint and Sydney take out the Nazi’s as two powerful entities swatting flees, Tulip has a nicely choreographed battle that shows off her resourcefulness, and Eugene and Hitler have a sloppy pub fight. The whole thing reminded me of the end fight in Kick-Ass which is always a good thing. 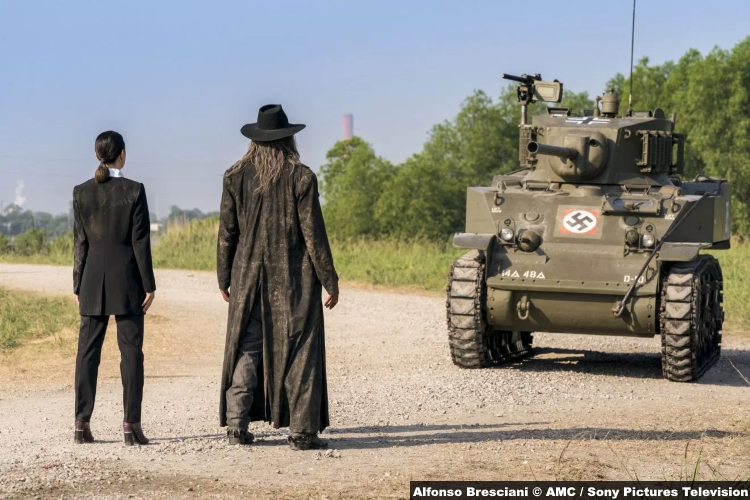 8/10-  It has been a rocky road to get here, but season three of Preacher has got me excited about the show again. The teases for season four are great, with the Grail headquarters ripped straight from the comics, and the combination of The Saint of Killers and Eugene going after Jesse is proof that this pairing has obvious comic potential. It’s not high art, it’s still nothing on the comics, but Preacher is finally convincing me that this version deserves to exist. Also, Eugene’s suggestion that the Devil just apologies to God was absolutely priceless.