While it may be premature to label season three of Preacher as the best season of the show yet, especially with a little under half of the season to go, the last six episodes have, at the very least, been the most consistent run of quality. The characterization has been on point, Tulip has felt vital rather than wasted, Jesse is still struggling to be one of the good guys, and Cassidy is being utilized in a way that makes him feel real instead of the walking gag he has been previously. Les Enfants du Sang isn’t the best episode of the season but it does a good job of juggling multiple plot-threads that present us with different types of dramatic stakes while still matching the tone of this weird show. With everyone scattered, and at least four stories going on in Les Enfants du Sang let’s take a look at each one in detail.

The return of Eugene

I honestly didn’t realize how much I missed Eugene until he appeared in the opening scenes of the episode. His incredibly unique way of viewing the world is both textbook naive and extremely endearing in a show that is lives on the cynical side of the street. It’s an absolutely brilliant touch that Eugene quickly puts the devastation of finding a Sunnydale shaped hole where Annville used to be into a positive light. Being trapped in Hell by Jesse really did save his life, and it’s easy to follow his logic (logic that you and I probably don’t share) that God still has a plan for him. Then The Saint of Killers adopts him, unofficially because throwing social workers through walls doesn’t count as a signature, and he even sees this in a positive light. Think about all the work the writers and directors or Preacher have done to make The Saint of Killers such a horror show and Eugene bursts that bubble with a complaint about his chest hairs being pulled to hard. Welcome back you beautiful soul, TV has been dark without you. 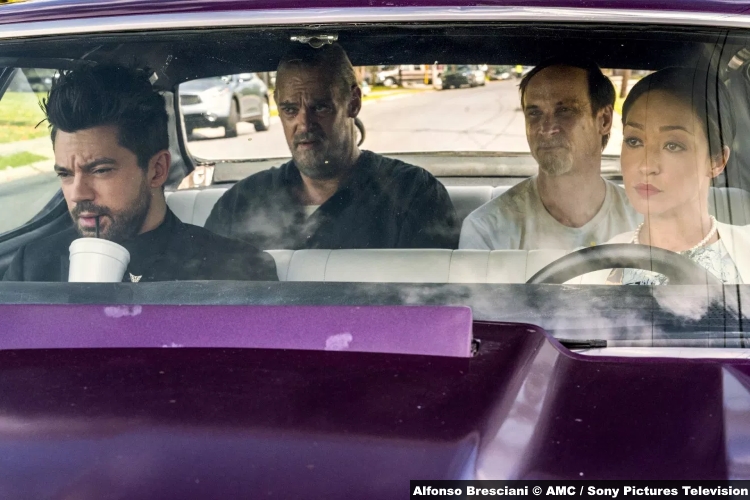 Last week we left Jesse and Tulip fighting Jody and TC once again and Jesse still hasn’t beat his surrogate father, and something needs to be done about Gran’ma. As much time as we spend in Angelville, it is the main plot after all, the bank job may be the weakest part of the episode. I’m not saying it’s bad, in fact, it can be quite inventive at times, but at the end of the episode Jesse is still between the same rock and the same hard place. 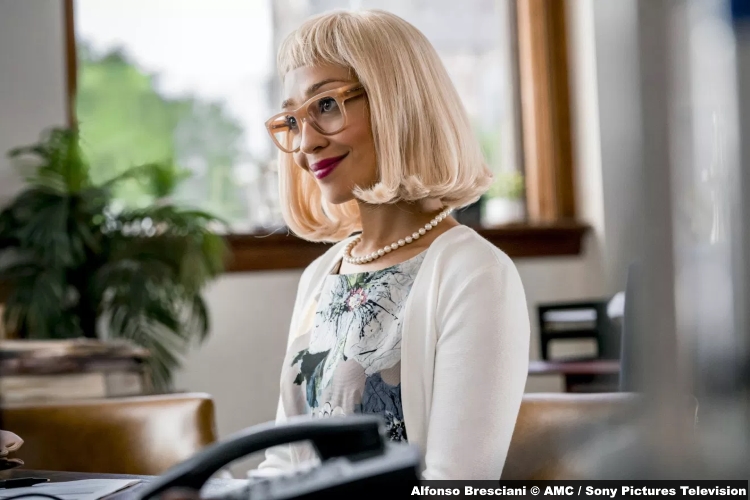 Gran’ma, Jody, and TC seem like they’re going to be around for the whole season, meaning that the Angelville plot has to find ways to stay interesting, but Madame Sabine hasn’t had a whole lot of screen-time for her death, and the destruction of her business, to have that much of an impact. The heist itself was fun on its own, especially as it sees Jesse and Tulip clearly in their element considering the only time we saw them rob a bank before is when Carlos betrayed them. We have heard time and again how these two used to be badass outlaws so it’s cool that we finally see this in the show, with some very Preacher examples of ingenuity: I told you TC liked his animals.

The Horse with No Name 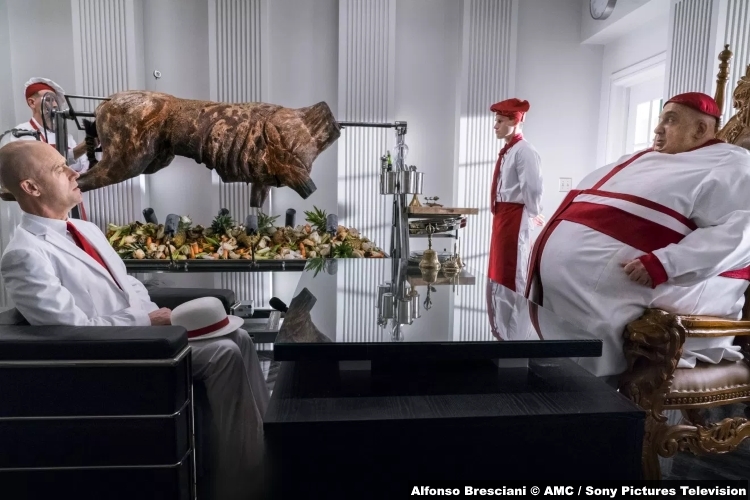 In what has been a smart move, The Grail has taken a bit of a backseat in season three but Herr Star and co have been as brilliantly compelling as usual within the short amount of time we have seen them. Herr Star has been trying to find new ways of gaining leverage over Jesse, his soul doesn’t seem to be enough, and the attempted kidnapping of Cassidy went horribly wrong. Before Starr can think about his next move, all of which serves his overall purpose of overthrowing the Allfather, the bog boss pays him a visit. We don’t get a lot of essential info here, mainly that the Allfather is not to be messed with, and that Herr Starr’s two collaborators, Featherstone may be the only capable one. Even so, Pip Torrens keeps everything ticking along with a rare glimpse of Starr as the lackey instead of the big boss. The main thrust is that the Allfather knows about Jesse and has his own plans for him. Also, he seems to be partial to horse meat.

Season two of Preacher gave Cassidy a by the numbers vampire plot which was a predictable and dull method of padding out the story. Cassidy’s meeting with Eccarius is the exact opposite. Cassidy is a fairly unique pop culture vampire with his closest contemporaries possibly being the vampires from The Lost Boys, or a particularly depressed Spike from Buffy. The fact is he isn’t the classic version of a vampire made popular by Bram Stoker, and particularly Anne Rice. Eccarius is definitely an Anne Rice vampire, something that is seen as predictably lame to someone like Cassidy. Eccarius is certainly a send-up of classic vampirism, with his powers of seduction and transformation, his group of human slaves, one of whom has a sweet old grandma who lets them stay in her basement. Normally this gag would be the ng and short of this plot, but Preacher surprisingly goes the other way. It’s Cassidy, not Eccarius who makes being a vampire look like it sucks. Eccarius makes it look pretty awesome, with the ability to fly and his own group of worshippers. Eccarius’ way of doing things is old fashioned, and Cassidy does have a genuine concern for how he gains these powers, meaning Cassidy will probably kill him at some point, but the initial meeting with Eccarius is Preacher at its most fun and creative.

8/10 – Another strong episode, but the Angelville plot needs some fresh blood.