Preacher S03E07: Hilter – Jesse makes a deal with the devil to kill another devil

Season three of Preacher continues to tick along quite nicely with Hilter: an episode that is clearly the set-up for the final act of the season, but it does have a few details and characters that are both inconsistent or that should be dropped altogether. Much like last week, Hilter opens with the Saint of Killers hunting the fugitives of Hell and capturing them with apparent ease. With Eugene captured already it’s Hitler’s turn in a sequence that reminds me that I never cared about this character in the first place. 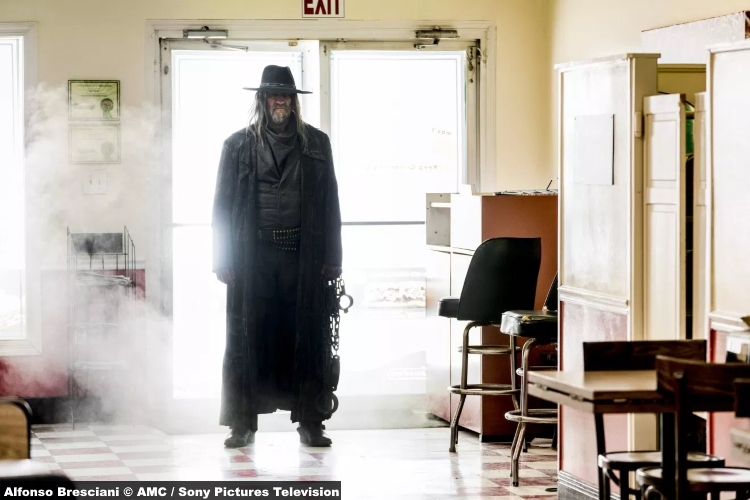 Preacher isn’t a show known for its consistency, after all, it did blow up most of the characters from the first season with huge fart bomb. While catching up with Riverdale has given me some perspective (as it’s a show that cannot commit to a single tone in one scene, never mind one episode. That’s why I love it) Preacher is tighter than that at least, but the show could never find a consistent tone with Hitler. Are we supposed to like him? It is Hitler after all, and he is frequently made to look ridiculous, but I still don’t know what he brings to the show. I think the character is a huge waste of Noah Taylor’s talents (I think I’ve said that about every actor in this show, so, bingo!) and his season three debut didn’t do much to change my mind. 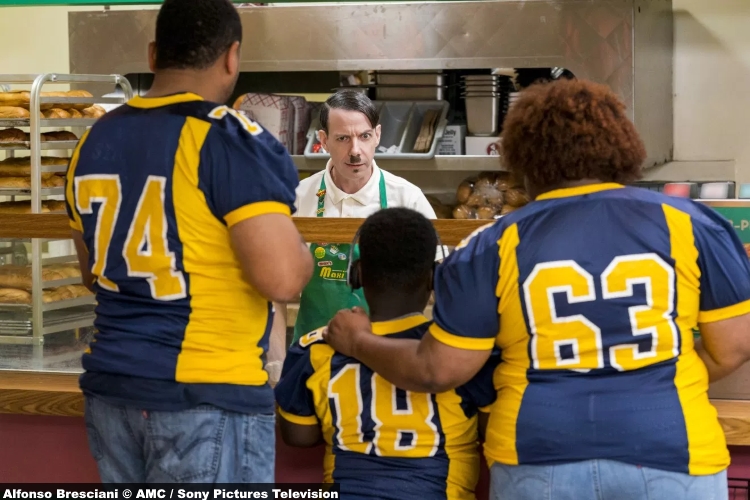 I guess the show that Preacher most resembles with these narrative tangents is Fargo. Noah Hawley was prone to some flights of fancy in the three seasons of Fargo: with UFOs in season two and Ray Wise as probably God in season three. His other show, Legion, is Hawley’s excuse to lean into that part of his creative process. Preacher has these moments as well, I mean God is on a mid-life crisis road trip dressed as a dog (which is God spelled backwards, boy howdy does this show think it’s funny), but there are times when it can come across as the adaptation of a really bad standup routine: remember when a rocket hit Harry Connick Jr’s house last season? That writers room sure knows what the kids of 90s find funny.

Don’t get me wrong, Preacher can be hilarious at times, but usually in a way that enhances what we know about a certain character. A good example of this is The Saint of Killers throwing the woman through the wall last week, or how Cassidy defeats the Catholic hit squad because of his tolerance of tranquilizers, or any time Tulip chews out God. Up against these instances where the show’s comedy feels very distinctive, Hitler working in a sandwich shop and trying to kick-start the Third Reich on his tea break is some very weak sauce. The introduction of the Saint and Eugene does improve matters slightly, but the fact is we don’t need Hitler to make these two any more engaging than they already are. The Saint and Eugene are a great pairing so do me a favor show: kill off Hitler quickly.

The rest of the episode is an improvement on the opening as Jesse paints himself and Tulip into a very compelling corner as Herr Starr comes face to face with Gran’ma and we get more strong stuff from Cassidy’s vampire plot. All of which means I’ll try to keep my nitpicking relatively short, but there is one other thing, besides Hitler, that has bothered me since this show began. How does sunlight work? In Preacher, vampires can just drive cars in daylight quite comfortably despite the fact that there is no way to avoid direct sunlight. The final scenes with Eccarius highlighted this problem as the sun is literally shining on him both in the car as he disposes of his latest follower, and as he joins Cassidy in the coffin. Another piece of evidence about Preacher’s inconsistency. 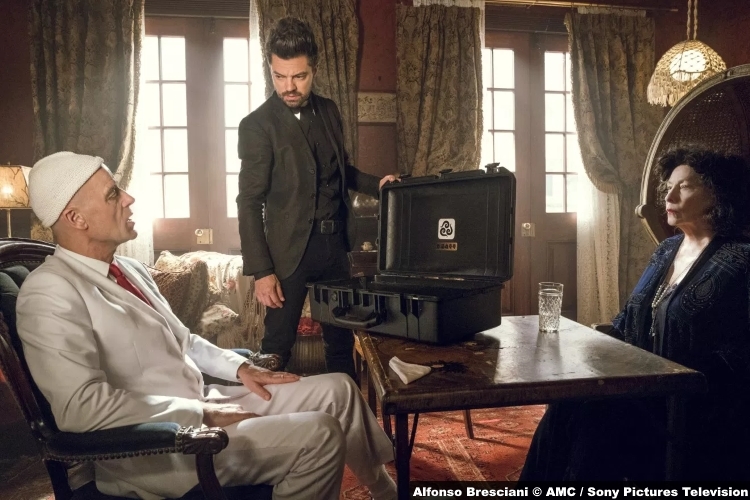 Even so, Hilter is another solid episode that while merely consisting of table-setting, does have a few cool details. While I’m not convinced that Tulip is being utilized properly the fact that she has to work with Featherstone (the woman who killed her) and Jody to rob a factory full of souls is enticing stuff. Ruth Negga thrives on antagonism and this plot is full of it.

Hilter is also a rare episode in which the Jesse storyline is the strongest. The main reason for this is the healthy dose of Herr Starr, but we get to see a little glimpse of what Jesse’s relationship with Grandma is really like. Like a lot of abusive relationships, theirs is based on love (from Granny at least) and it’s no wonder that Jesse is as screwed up as he is after growing up with these people. That said, Starr has offered him a way out by giving him his soul back, which should awaken Genesis, as long as Jesse becomes Starr’s messiah. The catch is that in order to get his soul Jesse has to kill the Allfather leaving Starr to fill the decidedly huge power vacuum in the Grail.

7/10 – Once again this is strong stuff with Jesse ending the episode with a literal gun to his head, along with the power his grandma has over him and being told to figure out how to win. Hilter has promised us excitement so let’s hope next week pays off this palpable sense of anticipation.