Preacher S03E04: The Tombs – I am very entertained

In the last couple of weeks, Preacher has proved to me that the show is very far from a lost cause. While the show is still dealing with the deeper issues of waste and mediocrity that was the second half of season two, season three has been course correcting from those mistakes in an effort to bring Preacher back to the type of show it was always meant to be, pure b-movie pulp mayhem. With each passing episode of this improved season, Preacher is trying to clean up the mess of the previous season while also redefining its characters, and their relationships towards one another, into a story that is more coherent while being really fun to watch.

The Tombs may be the best episode the show has done since the Saint of Killers was taken back to Hell, which makes even more sense due to the fact that the opening finally gives us the Saint’s talk with the Devil. It’s great that Graham McTavish is back as the Saint, who is still bloody terrifying, and his scenes with a pleasingly silly Satan, in a Hell that balances a cool mix of practical and CGI effects that look both terrible and really, really cool, is a welcome change of pace to the main plot in Angelville. These scenes bookend the episode, and their purpose is pretty simple: getting the Saint back to Earth to cause more chaos. Before that happens, we are treated to the Devil making a pathetic show of his power by getting the Angel of Death to whip the crap out of the Saint, something that seems to bother him as much as a fly landing on his back. The Devil, who has his own plans now that God has left on his mid-life crisis tour, has his own plans to expand Hell, but he needs the Saint, who escaped Hell, to find and bring back another to jailbreakers. While it’s not said who these two fugitives are, its Hitler and Eugene obviously, the show more than makes up for it by giving the Saint a triumphant stroll out of the depths of Hell. This is cool stuff.

What’s even better is that Preacher has found a sly way of making things a little trickier for the Saint, he has to get the job done without his guns. Not only does this keep him from being unstoppable, it also gives the show’s writers a chance to be more creative with a character that functions as nothing more than a blunt object up to this point. It’s great to have the Saint back, while also having the promise of the return of Eugene (I could care less about Hitler), all of which should give Preacher some variety outside of Angelville.

With the Saint back on the loose, The Tombs also provided another improved hour for Jesse, Tulip, and Cassidy. Picking up where Gonna Hurt left off, Cassidy was The Tombs newest fighter and Tulip continued to her comeback tour on the road back to the character that we were promised in Preacher’s very first episode. Each character was proactive in that they had problems to solve. Jesse’s mission was to get Cassidy out of Angelville in such a way that wouldn’t get the vampire killed by Jody and TC. This led to one of the funniest exchanges Jesse and Cassidy have had in quite some time, as Jesse dismembers Cassidy as he tries to sneak him out of Texas by mailing him to New Orleans in a cardboard box. This feels like Preacher at its best, a little nonsensical, but with a huge amount of gallows humor. Unfortunately, Cassidy goes against this admittedly silly plan and comes back to the Tombs to fight Jesse. 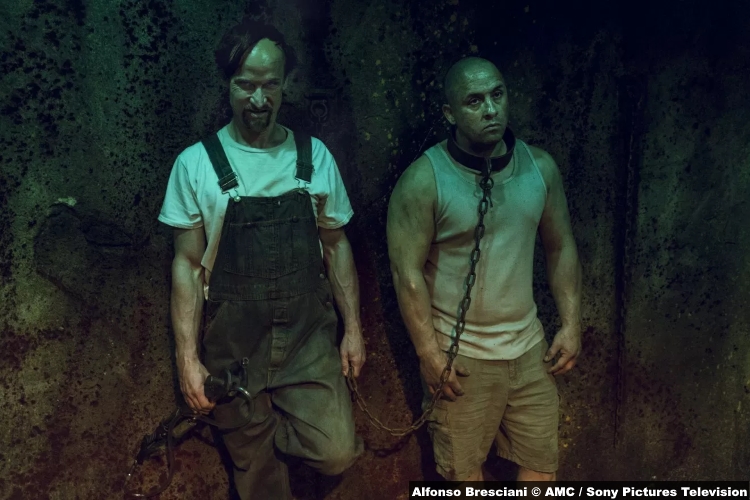 Considering how creative Preacher’s set-pieces can be, Jesse vs Cassidy was a little underwhelming, but it did serve the purpose of getting Cassidy out of Angelville with the help of Tulip. This also gave the show the chance to address Cassidy’s feelings for Tulip, feelings that she has never shared, and for once Cass, and the show makes the right decision not to give Tulip the love potion.

The Tombs was also week 2 of Tulip as the show’s best character. While she doesn’t get as much to do as last week, she really just spends the episode trying to find her way back to Angelville, she gets the rundown form Jesse’s ex-girlfriend, and his grandmother’s main rival, that Jesse is an awful person. Season three has hinted at the overarching theme of how a toxic environment can create a toxic person, Tulip’s purgatory was based on her repeating the behavior of her father and Jesse has clearly been tainted by his time in Angelville. 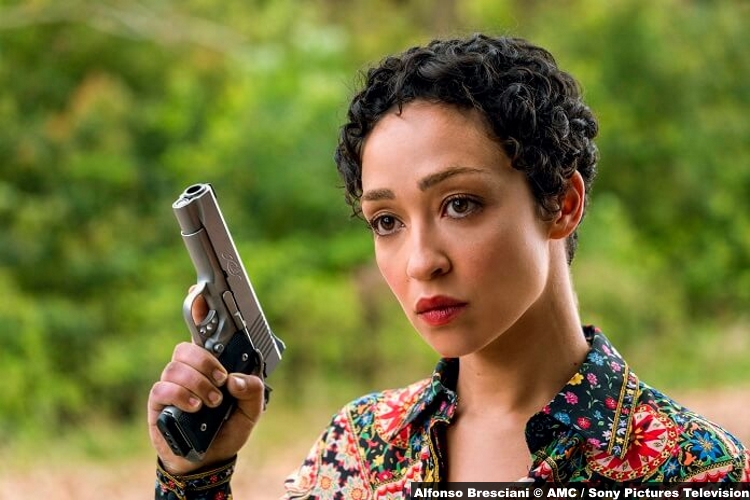 It’s here where The Tombs runs into trouble. As much as Jesse’s awful behavior has usually been a smokescreen to try and get the people he cares about out of trouble, we haven’t seen enough of his relationship with Tulip that it makes sense that Tulip would immediately see through it. As much as The Tombs is another example of how the show improving, it’s still hard to ignore the damage that season two has inflicted on the show. Instead of a season that dug into Jesse and Tulip, and their relationship with each other, we have only been given hints of positive times, and these are usually at the end of a drawn out, and mostly boring conflict between the two. It happened in season one, and it was even worse in season two. 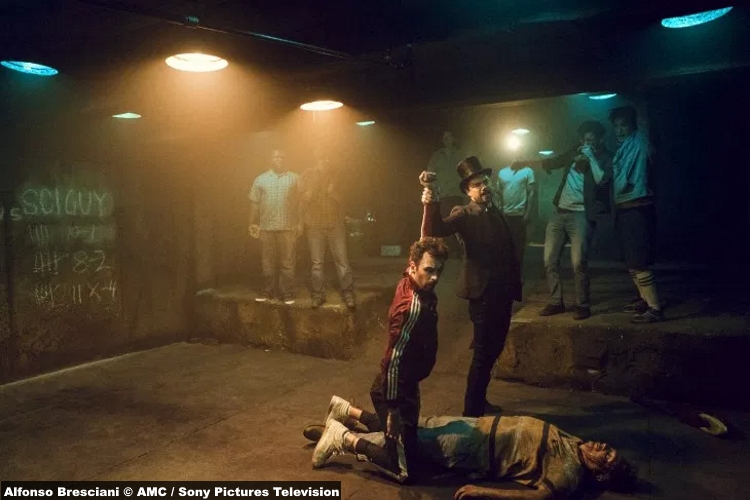 9/10 – Even so, The Tombs is an immensely enjoyable episode of Preacher, an episode that feels like the show that has been hinted at for too long now. Season one was patchy (and I didn’t mention the comics once) but promising, season two was one half brilliant and one half a total waste of time (I’ll be complaining about season two on my damn deathbed), but season three may finally give Preacher the balance it needs to be the fantastic nonsense I always wanted it to be.