Preacher S03E05: The Coffin – Season three continues to improve with the addition of some real danger

Season three of Preacher has been a lot of fun to watch, and at the halfway point of this story, it’s hard to keep that sense of dread at bay as I wonder how they’re going to mess to up in the second half. They might not, and I hope they don’t, but what makes me a little more confident watching the show this year is that Preacher seems to finally be comfortable with the kind of show it wants to be. It’s not a direct or even indirect adaptation of the comics, it’s more of a remix. It’s not in the prestige pile of AMC shows like Mad Men and Breaking Bad, instead it’s a balls to the wall horror show that still finds the balance of drama and comedy to be a hard act to pull off over a full season.

Case in point is the Angelville plot. Jesse’s adoptive family: which includes his grandmother, who eats souls, TC, who is indefinably weird at the moment, but he has sex with animals in the comics, and Jody: the man who killed Jesse’s father. Jesse’s abusive behavior and overall dark side that he’s been running from was born in the previous two seasons, yet it has taken a bit too long for these three to feel like a genuine threat to himself and Tulip. This makes a little sense as Preacher has to make a case for Jesse to have stayed in Angelville so long, so despite what Jody did to his father, and the overall weirdness of TC, you get a little hint here and there that these two monsters have genuine feelings for Jesse. Jody is a classic case of an abusive father figure, he clearly has some affection for Jesse, using his violent nature to toughen him up. The other side of this comes in the form of the coffin. 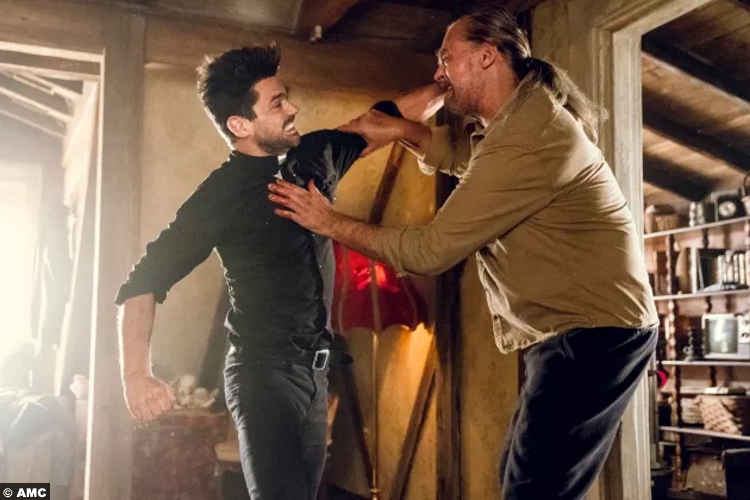 One of the things that I was desperate for Preacher to do was bring in the coffin. As a method of punishment, it’s one of the most disturbing things I’ve ever seen when it was introduced in the comic, and all of the subtle foreshadowing of Angelville in season two seeded the coffin’s appearance in a relatively creepy fashion. Like Angelville, Marie, TC, and Jody, I’m a little disappointed in the show’s version of the coffin. It still has the power to creep me out (those words that included Tulip’s name were a very effective visual, especially as a lot of them looked really old), but it was merely an obstacle, which is understandable as it gives the episode real stakes for Jesse, but I didn’t get that visceral feeling of discomfort this time. Still, at least the show finally brought in the John Wayne stuff, though I can see how that would confuse people who weren’t familiar with the comics. Despite these misgivings, The Coffin is another impressive episode of Preacher. Each character had a compelling plot, there was a good mix of horror and humor, and its plot revolving around Cassidy and The Grail didn’t feel stuffed in for the sake of it.

What has impressed me most about this season is that Tulip is really, really, and I mean really, awesome. Since coming back from the dead, (I’ll admit that it’s weird that a fridging has actually made the character that was fridged more interesting) Tulip has been a blast to watch, even when she’s getting things wrong. There is a real sense that the writers, and by extension God, has taken a real interest in making Tulip good for once, and Ruth Negga has taken that opportunity to steal the show nearly every week. Her relentlessness in killing Marie was the best part of the episode as Tulip couldn’t give a crap about Jody or TC’s reputations, this woman has told God Almighty to kiss her ass. The twist that in killing Marie she actually dies herself is a neat little problem that she and Jesse need to deal with. 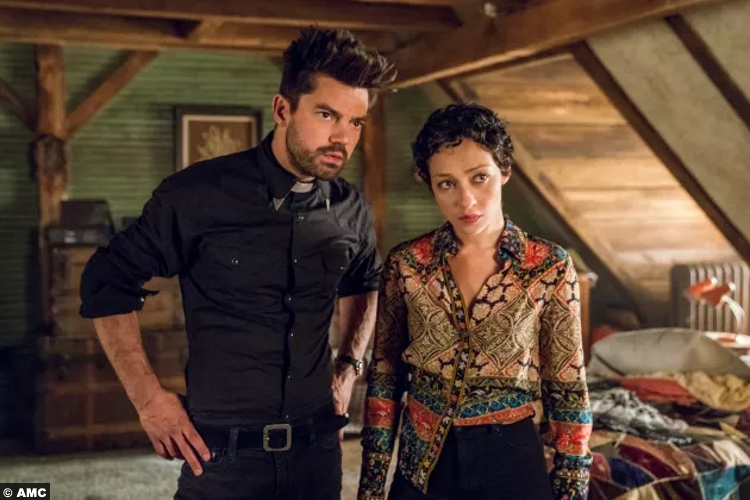 Tulip’s rise in quality has led to a core problem within the Angelville plot: the three antagonists don’t feel like a huge threat. This is supposed to be the worst place in the entire show, the place n which Jesse was at his worst and made his worst, but Herr Starr and The Saint of Killers, even with Starr’s comedic moments, still feel more dangerous than these three. Which brings me to a surprising conclusion: I’m fine with it. 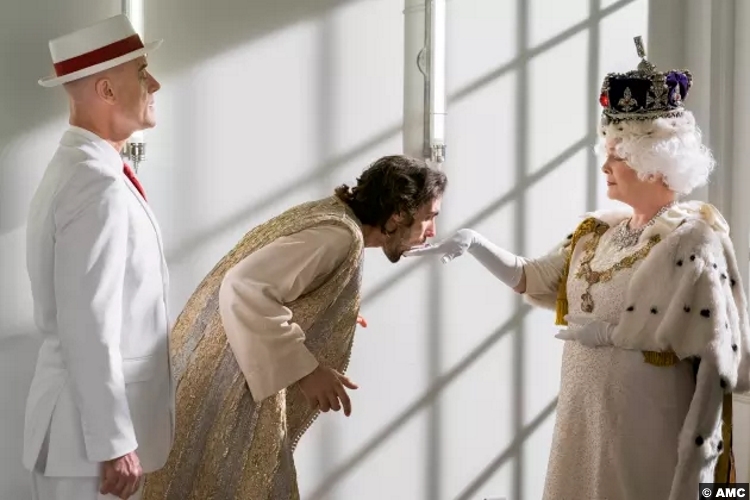 I know, I’ve been nagging on for the full season about how much I was looking forward to Angelville, Marie, and especially Jody, but I’ll throw all of that under the bus if it means that Jesse and Tulip have stronger characterization. The two of them becoming a team, which is exactly why Jesse needs to escape these awful people, after two seasons of wondering why they are together in the first place is finally paying off. I’ll take awesome Tulip over awesome Angelville any day.

8/10 – Finally, we need to address the tone of Preacher. Preacher is an action horror comedy, with most attempts at genuine drama undercut by the other three genre boxes it ticks. It means that a lot of dramatic moments, except for The Saint who breathes drama, are punctured by the need of a joke or a weird choice that sounded better when the writer was stoned. Most of the time this mix works just fine: especially when it involves Herr Starr painfully grinning at his boss’ terrible ideas regarding the current Messiah, or Cassidy being kidnapped from his own kidnapping by a vampire cult that clearly loves The Vampire Chronicles. Yet for the end of Angelville to work, Preacher needs to double down on who Jesse has become because of this place and these people, and what it means to overcome it with the woman he loves.