Preacher S03E09: Schwanzkopf – No more hats and no more screwing around this week

Schwanzkopf, which means dickhead in German for those of you too busy to look it up, pulls the trigger in just about every plot of season three. Tulip is on the bus to hell thanks to Eugene recognizing her, the last we saw of Cassidy he was nailed to a pool table in what I’m calling a man-cave crucifixion, as he waits for the sun to be on its merry way, and Jesse has his soul and the use of Genesis back after a showdown with The Grail. All of this was achieved by what has to be the most busily plotted two episodes of the season: a season that has managed to trim the fat with only ten episodes compared to the plodding 13 of season two. While all of this has strengthened the show, there are still some problems that threaten to knock down the house of cards the series’ plotting is built up of. 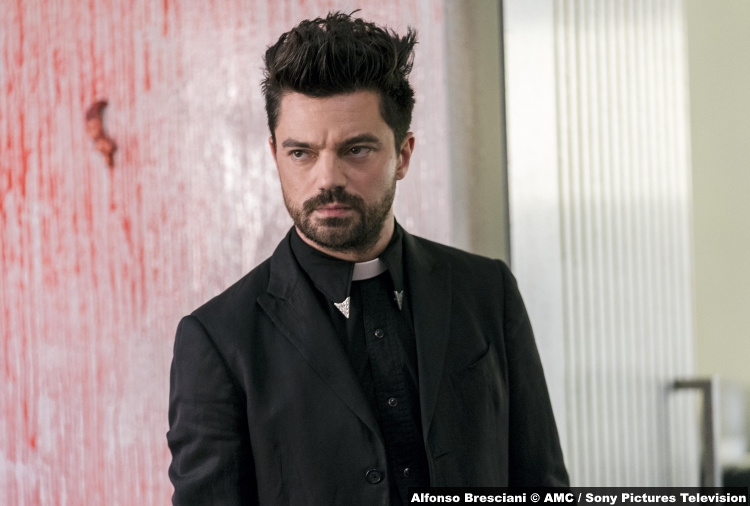 Schwanzkopf gets off to a brilliant start as Jesse shows some serious smarts to defeat the Allfather. With Humperdoo poised to get the power of Genesis, Jesse just tells the Allfather Starr’s plan and then plays on his sense of ceremony as well as his arrogance. What is surprising is not that Jesse so easily got the upper hand, but that the Allfather didn’t crush his bones to dust when he was on top of him. While the fight made for an entertaining sequence, it did stir my nit-picking muscles once again. There’s the aforementioned fact that Jesse wasn’t crushed to death by the Allfather, even though we have been shown this in the past, but also the fact that Jesse wasn’t completely covered in viscera after the Allfather exploded. Maybe Dominic Cooper didn’t want to do the scene while covered in gore, especially since he was meant to roll around it with Herr Starr anyway. 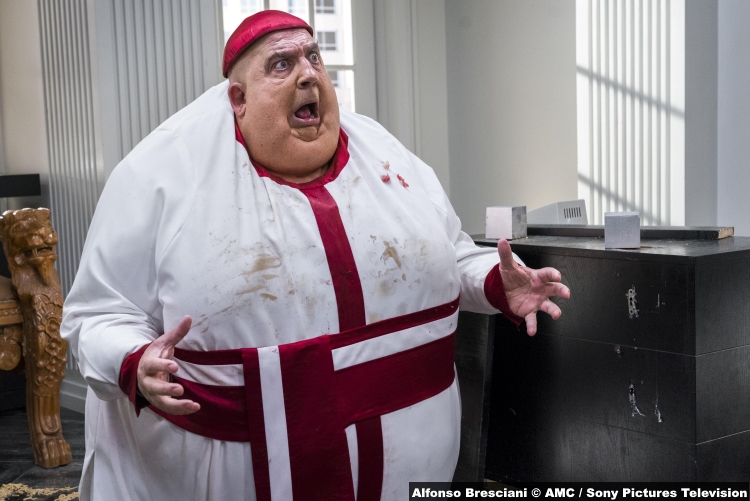 Still, the Grail has been dealt a major blow as the Allfather’s death allows Starr to complete his takeover, but he will have to do it without Jesse as his messiah. Which leaves Humperdoo except Jesse has already got that covered as he released the real Messiah, and all of his clones to boot, out into the world. All that’s left is to take care of Grandma and get back on the search for God. Considering the Angelville plot has went on far longer than it should have, the promise of a final showdown with Jesse against Marie, TC, and Jody: who killed his father, Schwanzkopf out the Grail plot to bed with enough style (and whatever you want to call Jesse’s soul falling out of the Allfather’s disembodied anus) that the flaws can be glossed over. I’m sad to see the Allfather go, as I would have preferred more scenes between him and Starr, the manner of his death was brilliant and surprising. 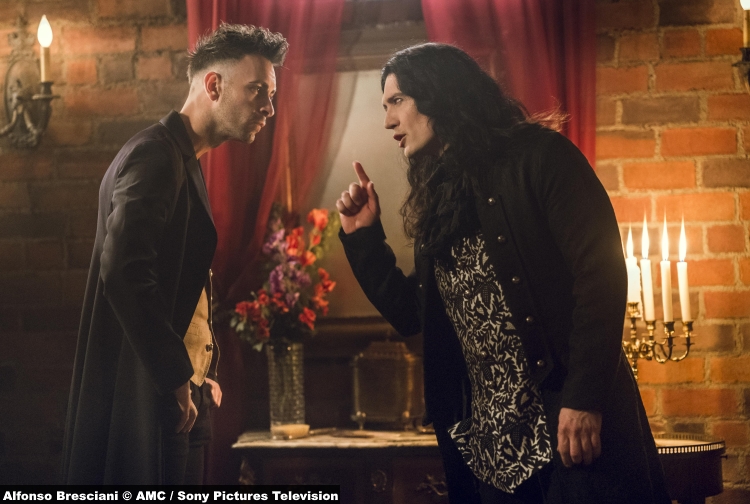 After the boring vampire 101 storyline of Cassidy and Dennis in season two, I had my doubts about whether Cassidy was even a good character or if he was nothing but Joseph Gilgun’s obvious charm. Season three has turned me around on this and the main reason for this is Cassidy getting his own story alongside Eccarius. Cassidy didn’t really fit in Angelville so putting him in a situation with another type of vampire, in this case the embodiment of the Anne Rice vampire that is Eccarius, has brought out hidden layers in Cassidy as a character.

Eccarius is a marvel on his own as he is truly an Anne Rice vampire: dark, sexy, a fluid sexuality, and a lot of cruelty in his tainted soul (Christ, next time I’ll leave the poetry to Ms. Rice, I guess I’m more of a Cassidy). Eccarius is here to show us that despite Cass’ hedonistic, and very selfish attitude, he does have his own sense of morality: crossing the line at Eccarius’ bite them and light them way of doing things. The problem is that Eccarius has more influence on his children of the basement, so Cassidy finds himself mancave crucified. Let’s hope he gets out of it in one piece, and that he doesn’t catch up with Jesse and Tulip just yet. 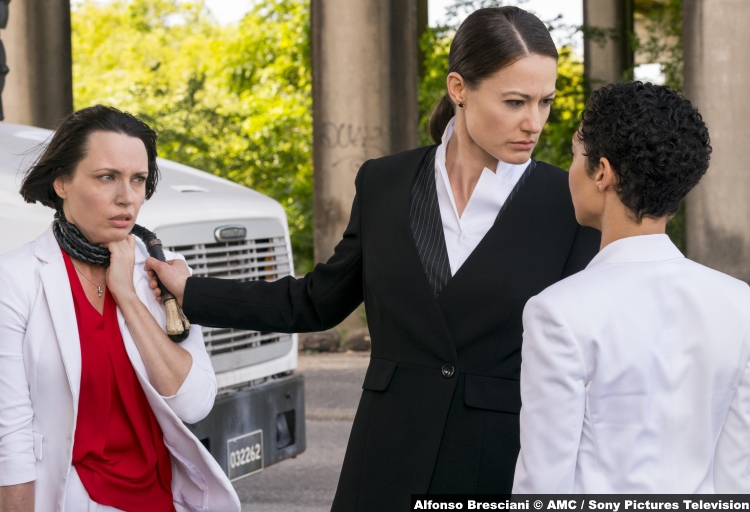 With that nonsense taken care of, we are treated to the Tulip of season three, the Tulip that can stand tall against the Saint of Killers- looks like that non-starter of a PTSD plot has been wisely forgotten, while constantly brainstorming methods of escape with Eugene and Hitler. The fact that none of these plans work adds to the comedy of the situation and nicely gears the ending up as they are saved by Hitler’s new band of Nazis. For the record, I don’t see them lasting long against the Saint, even with a tank. 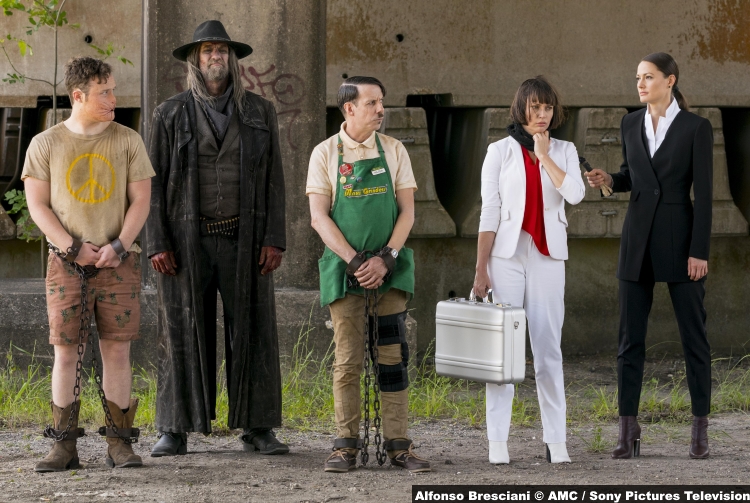 7/10 – Despite its obvious flaws, Schwanzkopf shows just how much Preacher can get away with said flaws as long as it’s entertaining. When it’s on, there is no other show like it.