Netflix adaptation of the excellent children’s series is masterful, which here means they nailed it

The first adaptation of Daniel Handler’s Lemony Snicket novels, the Jim Carrey starring feature film, was a polarising version of the books that children loved, and adults just can’t let go of. Many felt that the film, while boasting a great performance from Carrey, was a diluted version of the books, pivotally due to the fact that the film is made up of the series’ first three books. Well Netflix is here to fix all of this by putting adapting the first four books into four two-part stories chronicling the unfortunate events of the Baudelaire children, and their frequent run-ins with the malevolent Count Olaf.

The show chronicles the lives of the Baudelaire children: Violet, Klaus (with glasses this time, which is crucial), and Sunny, as they are sent to live with their new guardian after their parents died in a fire. The twist, in a show with a wealth of them, is that we are guided through this story by Lemony Snicket himself, played capable Patrick Warburton whose maudlin delivery can be both hilarious and poignant. 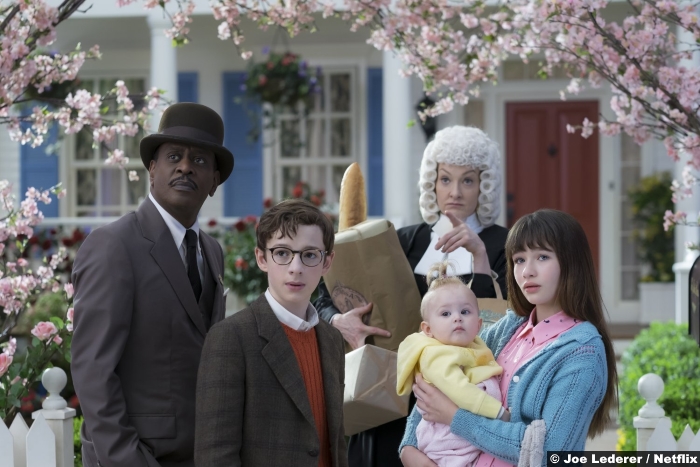 Scripted by Handler himself, The Bad Beginning is exactly the adaptation that these books deserve. Directed by Barry Sonnenfeld, the first two parter introduces us to the strange world of the novels: part Dickensian drama, part post-modern exercise in the power of stories, and absolutely all farce. It’s a spectacularly engaging set of episodes which gives the events of the first novel more time to breath than the film did. Which means there’s much more of Neil Patrick Harris as Count Olaf, easily the series MVP, who leans in to the more dramatic side of the Count as he vamps around the place spitting abuse one minute, while the next showcasing the truly terrible acting that only a great actor like Harris can make so believably horrid. After spending nine years as Barney Stintson, it’s a sign of how good an actor Harris is that his legendary previous role is barely there in Olaf. Thanks to his literal (which really should be figurative) embodiment of the role, and his various terrible disguises, Harris disappears in to the character, ironically giving the performance of his life playing a man who couldn’t act to save his own. 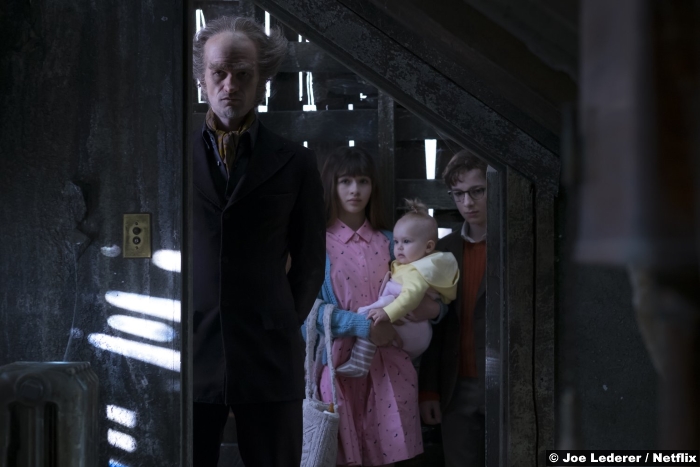 It’s not just Harris and Warburton that excel here, in fact the first four episodes boast a tremendous amount of character actors making themselves wonderfully silly in different ways. Mr Poe, played by K. Todd Freeman, is a comic delight as he is tasked with protecting the children’s huge inheritance as well as taking them from guardian to guardian. Joan Cusack appears as Olaf’s kindly next door neighbour Justice Strauss. Who symbolises the type of person, and home that is constantly just out of reach for the children. In The Reptile Room we have the doomed Uncle Monty, played by Aasif Mandvi, who, like Harris, makes the character his own in less time.

Despite the wealth of talent, the show would be nothing if the children weren’t compelling. Each actor is very good at bringing their character to life, especially Louis Hynes as Klaus Baudelaire, and their performances do improve as the series goes on. The only problem is that they are often overshadowed by their adult counterparts, though in fairness no one could compete with the degenerate scenery chewing of Olaf and his goons. In a way it’s through certain directing choices that highlight this problem: frequently the children are placed in the middle of the frame, so it’s easy to see them waiting for their next line rather than being part of the scene. The same thing happened to Harry Potter’s young cast, but as I said, they’re improving all the time, and the important thing is that they are convincing while playing these iconic characters. 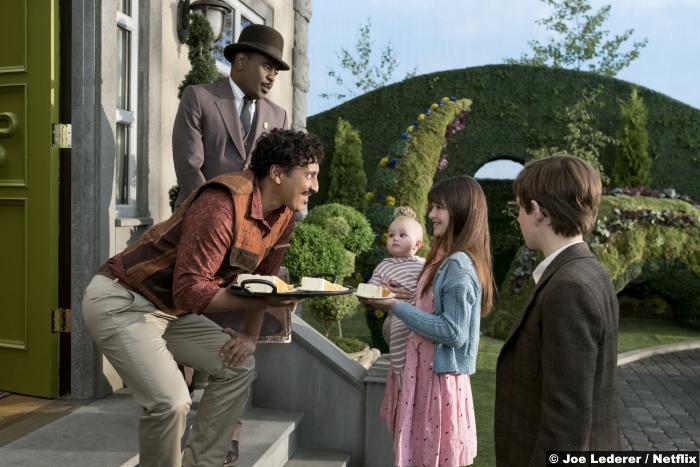 Of the two stories The Bad Beginning is undoubtedly the strongest due to the fact that The Reptile Room doesn’t really get going until it’s looked room-like “mystery” of who killed poor Uncle Monty. What’s important though isn’t how good the plot is, since Handler had a huge influence on the adaptation and the fact that he scripted three out of four of these episodes, it’s about losing yourself in the world of Lemony Snicket’s making. The look of the show is stunning, with some describing it as a heady mix of good Tim Burton and Wes Anderson, but it’s better than that, due to the detail that is on display meaning there isn’t one scene without some small easter egg, or piece of foreshadowing for those in the know. All of those who have read all of the books can look forward to what’s to come with the same smugness that Game of Thrones readers made so popular.

8/10 – Series of Unfortunate Events truly is a treasure of a show. Just like the novels, the TV adaptation provides a unique, one of a kind story that wears all of its influences on its sleeve so when it comes time to rip them apart they’re close to hand. From the quality on show in the first half, from the performances, directing, set design, and overall mood, and the news that the show has already been renewed, it seems that Netflix have won again.