When we last left Sheila and Joel Hammond in season 1 of Santa Clarita Diet, Joel was in an asylum and Sheila was chained up in their basement. Obviously, that would be a pretty boring show if they stayed there, so within the first episode, those problems are dissolved. 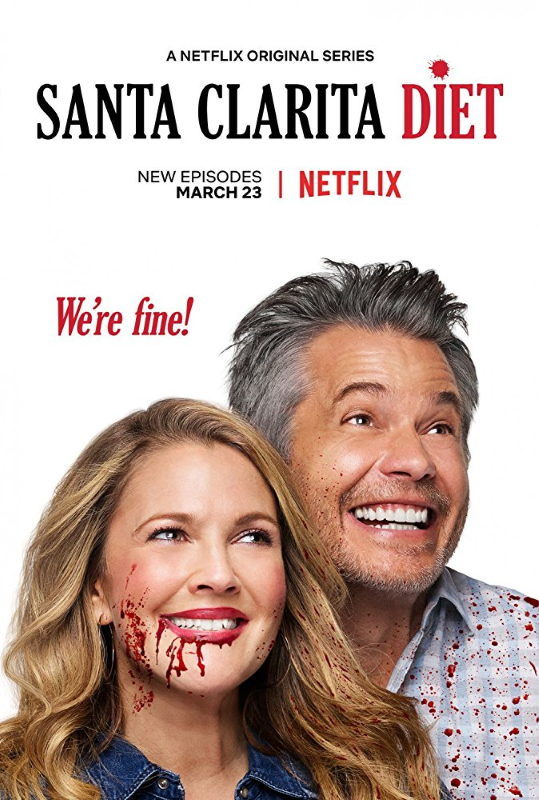 Of course, when you or your spouse is a zombie, there are always more problems on the horizon. Where last season was focused on just learning to live with Sheila’s new condition, this season presents more issues for the Hammond family. For example, when they meet another living dead girl, they start wondering about how this all could have happened. Like Sheila, the new zombie wasn’t bitten, so there has to be another cause out there.

That’s a good decision for the writing and for the show. The Hammonds and their neighbors are fun, but it’s smart to expand their world. Their quest to find the source of the zombie infection takes them on some wild adventures. At the same time, they’re just trying to live not a normal life, but their normal life–working as realtors, parenting their daughter, and having date nights.

It might seem strange to spend so much time talking about work stress or building bookshelves, but that’s only if you ignore the fact that they didn’t choose this new reality. Then it makes perfect sense. We may not all be dealing with ourselves or our partners turning into zombies–and if you are, please message me–but we do encounter setbacks that can be crushing, that can be fundamentally life-changing. When that happens, we might want nothing more than the normalcy of our lives before.

Take last week, for a personal example. I live in an area that was devastated by tornadoes 7 years ago. Last Monday, it seemed like they might return. I didn’t want to watch weather reports or listen to the dreadful call of the tornado siren. Instead, I watched The Alienist and pretended it wasn’t happening. 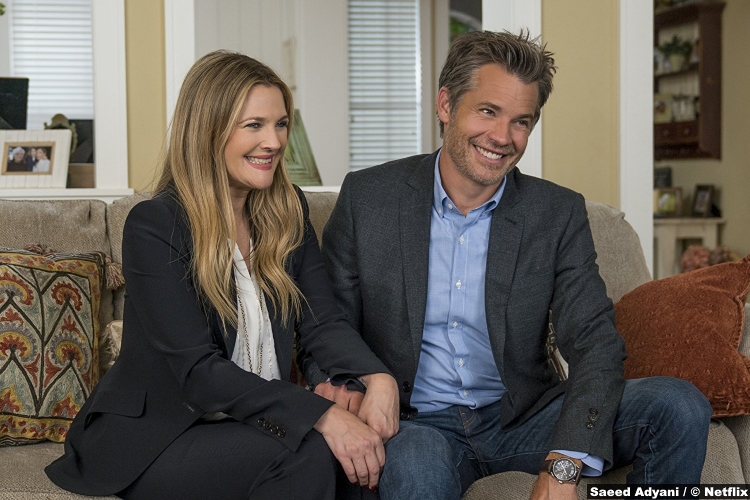 That’s an easy thing to do for something that lasts a few hours at best. But when something is your new normal or when your new normal changes every day, it can be overwhelming. You could be on the edge of panic every second, like Joel. Or you could gnaw off your own finger like Sheila. We all cope in different ways.

But how the Hammonds, including their daughter Abby, cope is just one of the stories the show tells this season. As we learned last season, there’s an ancient Serbian book that seems to know a lot about Sheila’s condition–at least, according to the terrifying pictures. The show uses this as an in to introduce a couple of new characters, Paul (Zachary Knighton) and his wife Marsha (Jaee Young Han). Paul is a descendant of the Serbian knights who apparently first stopped the zombie plague. It’s a cool detail. Unfortunately, we see Paul and Marsha like, three times.

That’s one of the places where the show dropped the ball this season. They introduced these new characters and then just didn’t do anything with them. On the other hand, though, they did spend more time with characters that were introduced in the first season, so maybe that’s the show’s plan: Let us meet characters in one season and get to know them in the next. 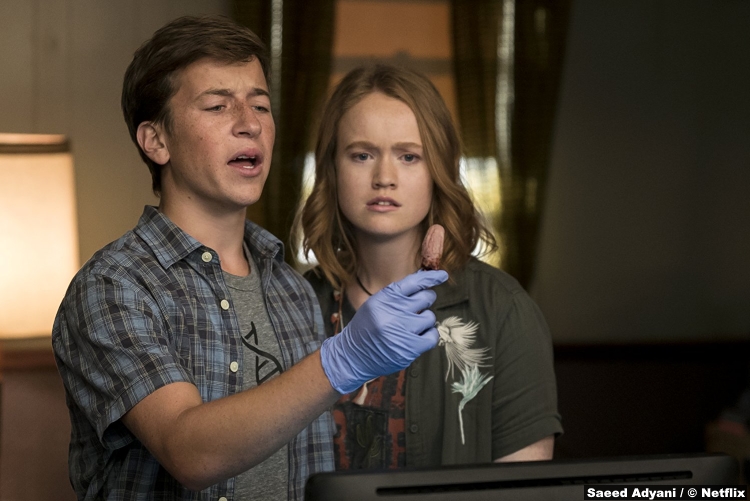 To that end, we spend a lot of time with Eric this season, so I have to specifically mention how good Skyler Gisondo is. He was good last season, but he is incredible this season. He’s hilarious.

Of course, part of why I was laughing was at poor Joel’s expense, as he tries to deal with everything exploding around him. While last season saw him adapting to the way his wife has changed, this season he has to adapt to how his life has changed. For example, it’s hard to keep friends close when you have to keep a lot of secrets from them. When his closest friend “breaks up” with him, Joel ends up finding friendship in a place probably no one would have expected.

And speaking of, that’s exactly where season 2 ends–in a place no one would have expected. Here’s to season 3!

8/10 – While just as gory and gross as last season–I’m warning y’all–this season has got its rhythms down a little better. They do have an issue with introducing interesting characters–like Gerald McRaney’s Ed Thune–and then practically (or literally) disposing of them, but maybe that’s just them laying the groundwork for next season.