When Netflix announced the premiere of this series, I wasn’t at all excited. I hatedhatedhated the book. The premise is that our young protagonist, Clay Jensen, receives a package of cassette tapes that feature recorded messages from his late classmate Hannah Baker. Hannah committed suicide and the tapes purport to tell the titular reasons. Each reason is a person or rather, something a person did to Hannah. In the book, I found Hannah’s reasoning flimsy to say the least. I found it grotesque that she put the weight of her life on fellow teenagers, some of whom were also hurting.

There will be mild spoilers. 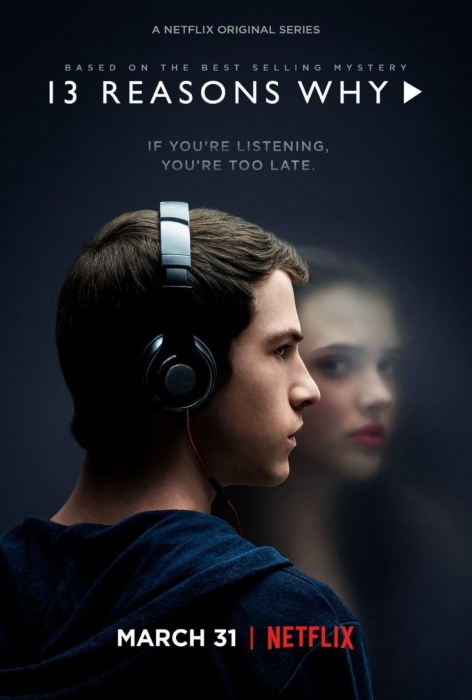 So again, I approached the show with mounting dread. Like, when I was a teenager, I used to think like Cecilia in The Virgin Suicides–“Obviously, doctor, you’ve never been a 13-year-old girl.” Now I’m the doctor: “You’re not even old enough to know how bad life gets.” Being a teenager is so easy (in most cases). The problem is, it doesn’t feel that way. You feel caught in a limbo between child and adult, where you’re expected to act like a responsible young man or woman, but you’re often not given the slack to do so. Your brain isn’t fully formed and it’s being flooded with hormones that have you twisted.

So when you have some setbacks–or in Hannah’s case, some pretty awful shit–happen to you, it can bury you in so much darkness that you feel like you’ll never see light again. And of course, you can’t see the other people in the dark with you.

Clay (Dylan Minnette) hasn’t had that problem. He’s not one of the most popular kids at school, but neither is he that tormented. He’s just a sweet boy who gets along with almost everyone. He worked with Hannah (Katherine Langford) at the local movie theater and was infatuated with her, but he’s the kind of boy who would never ask her out. When they finally dance together at the Winter Formal, it takes a lot of rambling for him even to ask. 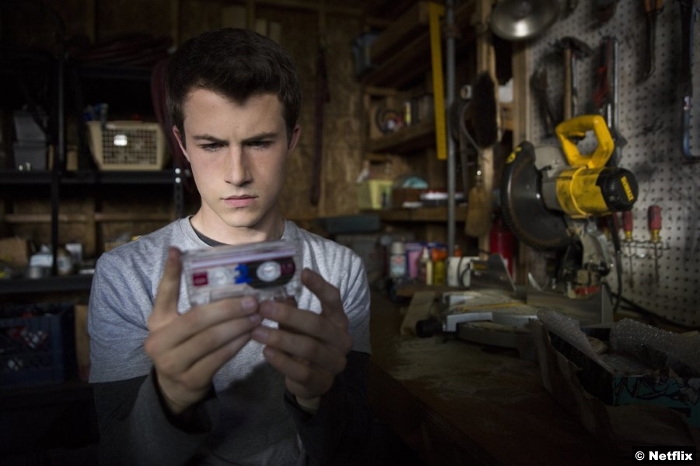 That’s why it’s so intriguing that he receives the tapes. He’s not the only one, by the way. They’re like a chain letter–one person gets them and is supposed to listen to them and then pass them onto the next person. Once Hannah starts telling her story, it’s not hard to figure out why the other kids are on the list. Take Justin (Brandon Flynn), for example. (Please.) He and Hannah went out once and kissed a little. Justin’s version is a mite bit more pornographic. He’s a teenage boy, desperate for the approval of his friends. But the point is, everyone on the list has done something to Hannah. So what, Clay wonders, was his sin?

This is where the series is stronger than the book. By leaning into the mystery aspect of the story, it becomes much more compelling than in the book. Sometimes they lean a little too hard into it–at one point, I was watching this on my laptop with headphones and the spooky mystery music was a little out of control–but it adds depth to the story. In addition, the show’s story and characters are fleshed out more than the book. We see things from different perspectives than just Clay’s or the story that Hannah is telling us. We see things they can’t see, like the popular kids who are becoming increasingly more agitated about Clay and what he’s going to do (with the tapes and in general, once he listens to all of them). 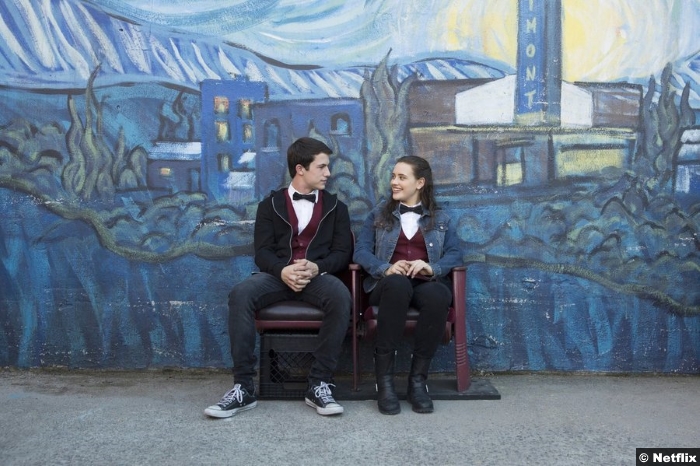 One might say that those kids have cause for alarm, because Clay takes revenge on one of the tape subjects. This is an example of how poisonous those tapes are. You almost have to be glad that Clay is taking forever to listen to them, as implausible as that comes off, because the effect they have on him (and the other kids) is unnerving. They’re already making kids miserable, but the last thing this school needs is for the kids to start attacking each other. It’s interesting, though, who Clay’s target is. He doesn’t go after the popular kids who take up most of the space on the tapes–instead he punches down, going after a kid so pathetic, you almost feel sorry for him.

Further, another strength of the show is giving more space to Hannah’s parents, particularly her mother (Kate Walsh). As you might imagine, while Hannah’s suicide might have rocked the boat at Liberty High, it is a tsunami for her mom and dad. Her mother is desperate to find out why and it’s heart-breaking to watch her alternately rage and sleepwalk through her days, as we know for a fact that there’s a taped record of all the answers. It is a standout performance by Walsh. In fact, all of the parents are portrayed well, even if they often have no clue what is really going on with their kids. And the kids are rendered tenderly. The series feels for them, even for the ones who are just little monsters. 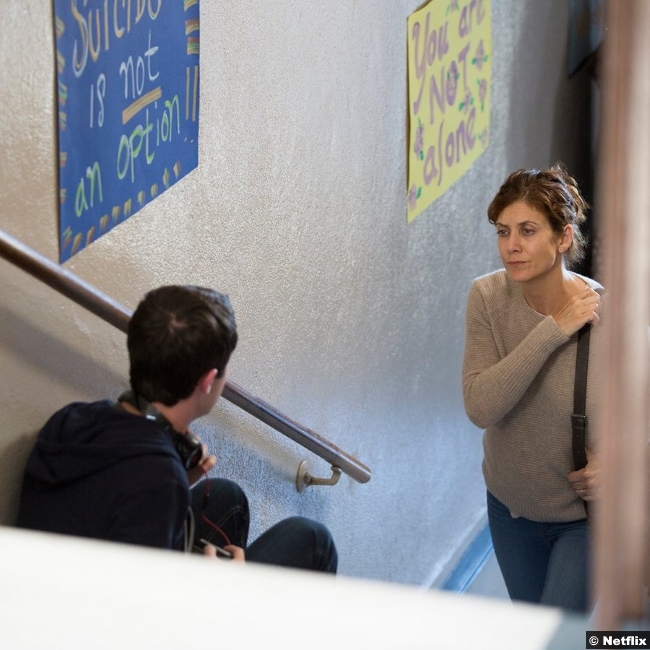 But great portrayals aside, it is still a portrait that ultimately gets a little too loosey-goosey concerning a teenage girl’s suicide. It obviously doesn’t come right out and say it’s a great idea, and the actual suicide scene is brutal and unflinching.  However, that scene comes after hours upon hours of all the meanies being exposed for what they did. Hannah will have her revenge on East Bumbleton! or wherever this place is supposed to be. The truth is, though, Hannah is–was–not an angel baby, too pure and perfect for this sick, sad world. She was just a girl who deprived herself of the air and the light and decided that all offenses against her were equal. Life seems so hard when you’re a teenager. But suicide, no matter what your age, is agony for everyone else.

7/10 – The production uses great talent behind the scenes (like director Gregg Araki) and in front to give us something that greatly elevates the source material. However, that source material still leaves a sour aftertaste. I recommend this, but with reservations.

Teenagers–or anyone else who reads this–who are considering suicide: Please talk to someone before you do anything. If you’re in the UK you can call Samaritans on 116 123, available every day of the year (it’s open 24 hours). If you prefer to write down how you’re feeling, or if you’re worried about being overheard on the phone, you can email Samaritans at jo@samaritans.org.

In the United States? You can call the National Suicide Prevention Lifeline at 1-800-273-TALK (8255). You can also chat with them online. If you prefer texting, text “HOME” to 741741 to connect to a Crisis Text Line counselor. They also have a list of resources for specific topics here. If you are not in the United States and need help finding help, you can contact me and I’ll point you in the right direction.