Almost a year after Will Byers went missing and then came back, life has almost settled back to normal in Hawkins, Indiana. Almost. 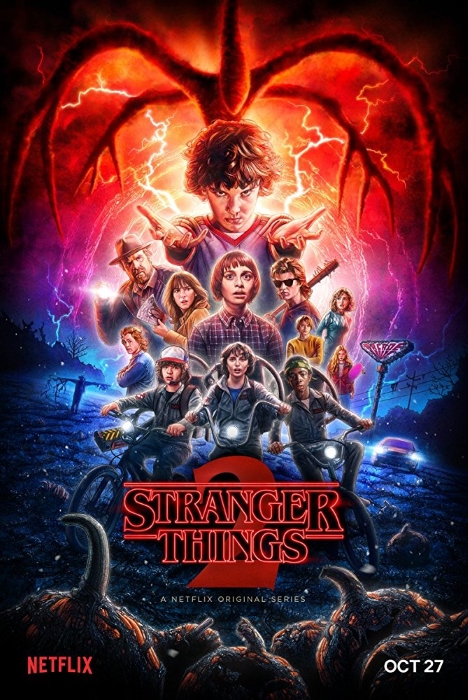 The boys, who have grown up some, but not that much, spend their time doing things like pooling their money for the arcade. The teenagers fret about parties now and plans for their futures. The adults are also living, if not their best lives, then the best ones they can make. 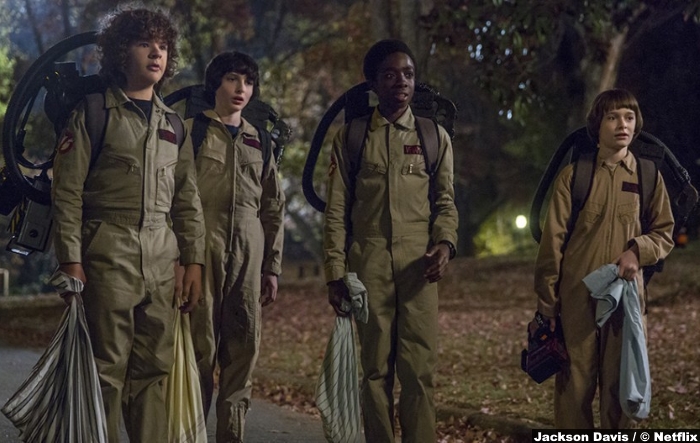 Still, there are hints that something wicked this way comes. Will has to make regular visits to the Department of Energy’s Hawkins lab for physicals and he’s started having immersive hallucinations. Or are they real? Mike has apparently spent the past year acting out. Barb’s parents (Cynthia Barrett and Aaron Munoz) have hired a private investigator, Murray (Brett Gelman), to look into their daughter’s disappearance. Nancy and Steve have regular dinners with Barb’s parents, dinners that are taking an emotional toll on Nancy, who knows (almost) exactly what happened to her friend. A local farmer reports that his pumpkin crop has failed. He believes a rival poisoned it, but you can’t help but suspect an otherworldly pestilence. And then other farmers’ crops fail. 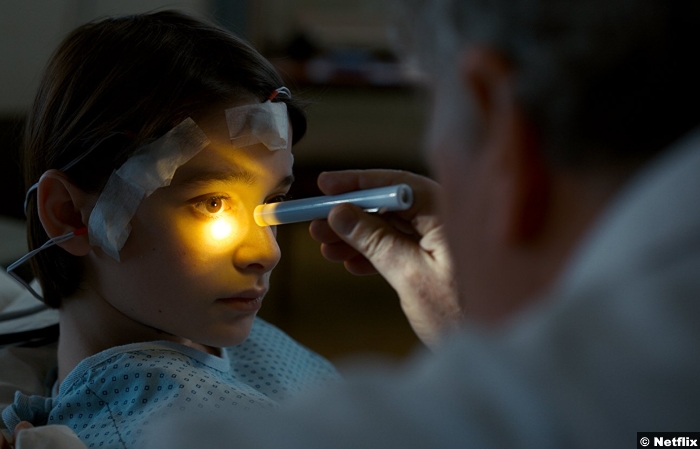 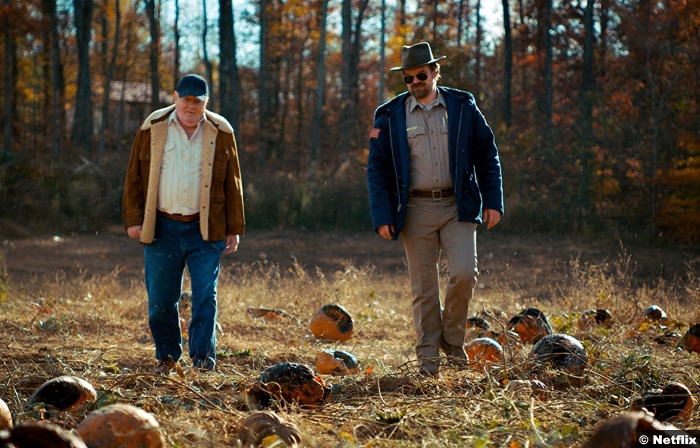 We meet Murray before we know what he’s doing in town. At that point, he’s just a stranger haranguing Sheriff Hopper about possible Russian spies in town. He mentions the multiple reports he’s gotten of a possibly psychic little girl. Of course, we know exactly what Eggo-loving child he’s talking about, and exactly why Hopper is pretending ignorance.

But then again, that’s what everyone is trying to do, except maybe Joyce, who will always be waiting for the other shoe to drop. But why wouldn’t she? What happened to her son was unforeseeable, so who can say that it won’t happen again?

Most people would prefer not to think about that, of course. And there are new people to provide distractions. Paul Reiser joins the cast as Dr. Owens, the Department of Energy’s replacement for Dr. Brenner. Joyce is dating Bob (Sean Astin), the manager of the local Radio Shack (and founder of the Hawkins Middle School A/V Club). The boys make a new friend, Max (Sadie Sink), who’s had the misfortune of moving to Hawkins with her stepbrother, Billy (Dacre Montgomery), who’s a world-class dirtbag. We even get to meet more of the boys’ family members, including Lucas’s parents (Karen Ceesay and Arnell Powell) and adorable sister Erica (Priah Ferguson), and Dustin’s mom (Catherine Curtin). Dustin, in fact, makes another new friend, who turns out to be not what he’s expecting. (On that note: #JUSTICEFORMEWS) 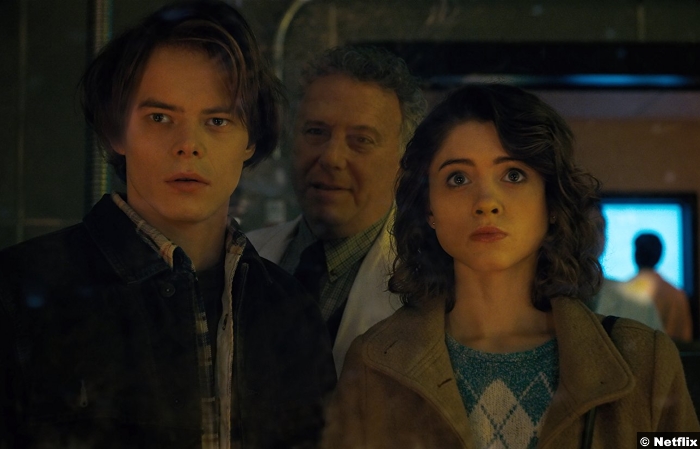 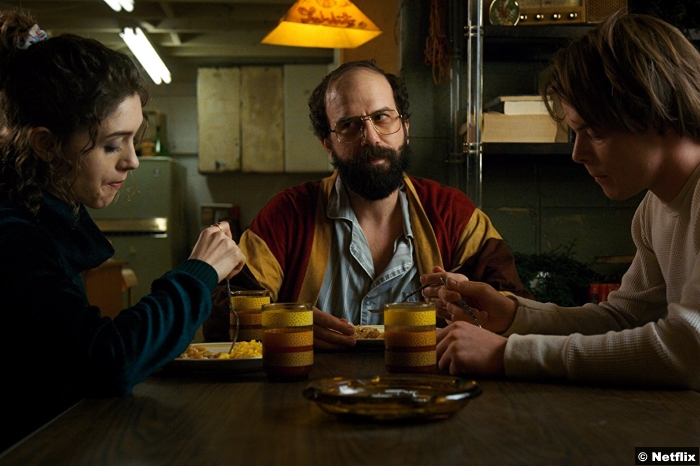 But maybe things could go back to something approaching normal. Will has PTSS, clearly, but he could learn to manage it. Barb’s parents would still never know what happened to their daughter, but as sad as it is, many people learn to live with that kind of uncertainty.

Then someone else goes missing. And instead of being the focus of the season, as Will’s disappearance was in season 1, it’s instead the catalyst for a new kind of madness. This season, like its predecessor, finds inspiration in earlier movies, including riffs on Gremlins, Jurassic Park, and Aliens–again, hi, Paul Reiser–but manages to hide its notes a bit better this time. Even if they did put a Goonie in it. 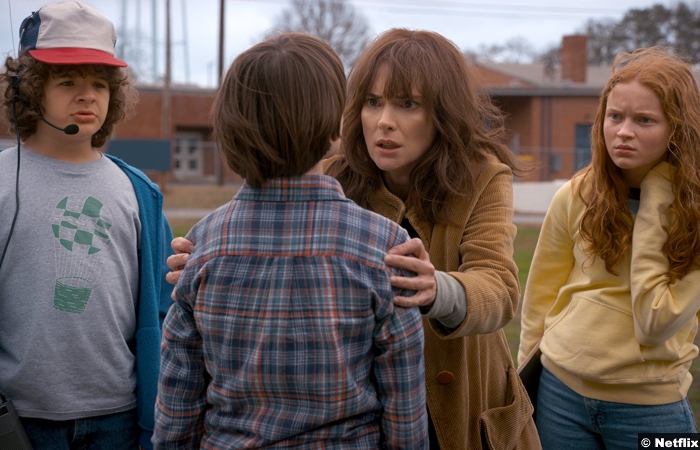 My issues with this season are fairly minor, in fact. The music cues can be a bit on the nose, for one thing–like Bon Jovi’s “Runaway” when a girl’s far from home, for example. They must have not gotten clearance for Diana Ross’s “Upside Down.”

Some viewers might feel that the biggest stumble of the season is an entire episode, unfortunately. Episode 7 takes place away from Hawkins, in Chicago, and involves almost none of the characters we know. I can see both arguments for it. Yes, it can be argued that it’s filler, but on the other hand, you can argue that it gives [character] motivation to return to Hawkins and join the fight. Overall, though, if I’m just being a viewer, I didn’t like it. I didn’t necessarily think it was filler, as much as an attempt at a backdoor pilot, but the characters weren’t believable. We’re outcasts, man! 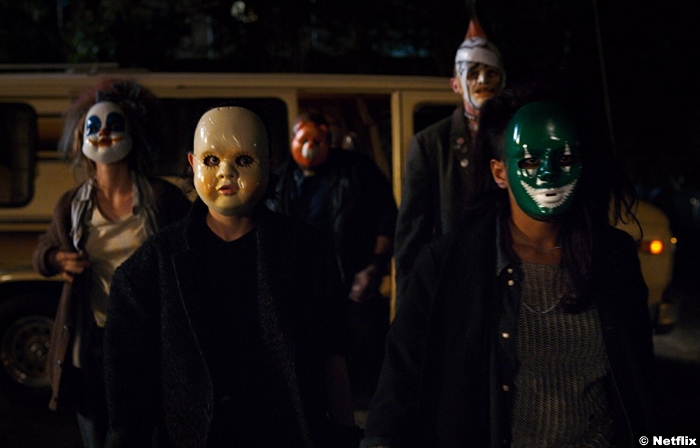 Cool. Take me back to Hawkins? And take me back for season 3. I don’t know if I can decide if this season is better than the first, but I do know that save the seventh episode, it’s just as good. It’s all the suspense and the rollicking good time of season one, with the added bonus that (nearly) all of our returning characters (and some of the new ones) get a chance to be heroic. It falters when it leans too far into the past–not just the influences it loves so much, but the past season of the show. As the epilogue hints the story isn’t over, I’m intrigued because I want to spend more time with these characters. I don’t necessarily want to do it upside down. The best parts of this show are when characters get a chance to change and grow*, so I’m excited to see what happens when the show gets to, as well. 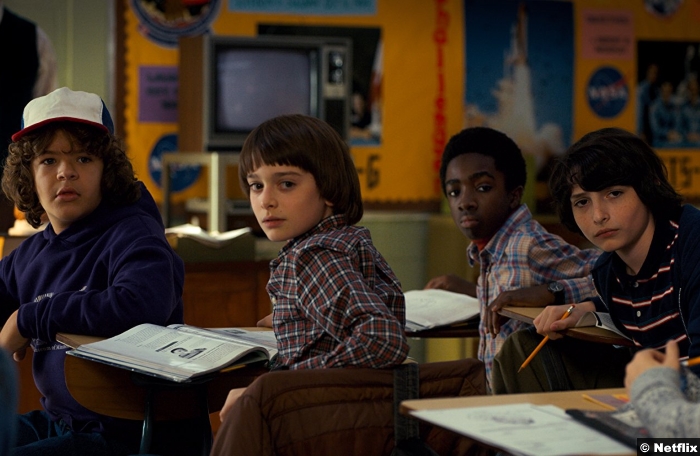 8/10 – Season 2 is just as rad–or okay, totally tubular–as season 1. In fact, its biggest flaw is that it repeats a little too much of what we liked about season 1 and follows the sequel rule of just multiplying that. Even with that as a weak point, it’s still one of the most entertaining shows around.