As we celebrate 50+ years of Star Trek and look ahead to the September release of Star Trek Discovery, CultOfWhatever recently completed a look back at the Final Frontier’s many TV iterations, as well as considered the newest entries in the film franchise. We talked about the Original Series and how, when it was great, it embraced the sixties social revolution. On the other hand, when TOS stumbled, it slipped into every silly cliche that doomed all the sci-fi shows from that era.

And though Generations disappointed, First Contact was everything Paramound needed it to be for the film franchise to continue. Insurrection then took all the good will that First Contact had given the franchise and wasted it on a middling movie that was only “okay” for fans, and largely ignored by general audiences. Nemesis was even worse, in terms of story, direction, critical acclaim and box office intake.

With that our series should be ended. In fact, when we first began this monthly retrospective, we were a few months away from the start of 2016 (the actual 50th anniversary year). The plan was to finish just as the next show—Discovery—was beginning. Unfortunately, CBS delayed the show from January to May and then from May until September. Along the way the creative force behind the show—Brian Fuller—parted ways with CBS (seemingly with some acrimony, though neither side is saying much about it) leaving many fans to wonder (and worry) about the next iteration of the show. Hopefully the September premiere date is now set in stone so fans can turn their attention to casting news and other sneak peaks. Star Trek has been in TV limbo for far too long and it seems like it’s finally about to awaken from its slumber.

Back in the early 1970’s Star Trek had evolved from a failed weekly primetime show to a booming mid-day rerun series. The new-found popularity in the show led Gene Roddenberry to push to bring new episodes back to air. Wanting to go in a new direction, as well as seeing the potential in a new format, Roddenberry decided to partner with Filmation on an animated series. Throughout the 1960’s, the animation company had been the go-to source for Saturday morning cartoons featuring the heroes of DC comics. In the 1980’s they developed the mega-hit He-Man series as well as the Tom and Jerry show. Their animation style was never flashy; in fact you wouldn’t be out of line to call it “cheap.” They emphasized quantity over quality and produced more content for less money, banking on the idea that bleary-eyed kids on Saturday morning wouldn’t care about the number of cells in each frame, or how frequently shots were reused. They were right, too. 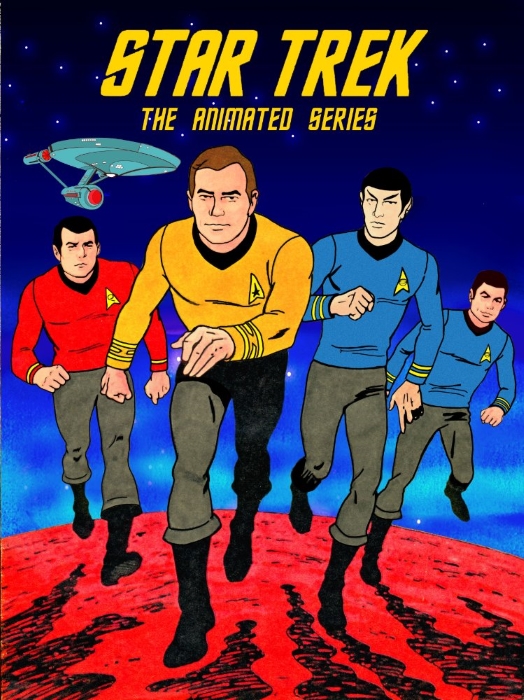 Roddenberry didn’t care much about animation quality, either, but he did insist that his show not be a dumbed-down version of the original series. To that end, he brought in several of the top sci-fi writers of the day to pen stories for the show and rejected any ideas by Filmation to make it more “kid-friendly.” In fact, the studio suggested that each member of the crew should have a child-sidekick (such as a cadet) for comic relief, mischief and, when necessary, exposition for the kids at home. Roddenberry threatened to pull the plug on the whole show until Filmation relented.

The episodes were (other than a few cast changes and other differences due to the switch in format) continuations of the stories told in the three seasons of the original series. The first episode features ancient aliens, an entity that took control of a ship in order to escape its own dying star, and seemingly a suicide attempt by Cpt. Kirk. It was not typical Saturday morning cartoon stuff, but it was purely Star Trek. And unlike in the third season of the original series, there was no studio-imposition and executive meddling causing the tone of the episodes to vary wildly from week to week. This was, in many ways, the most consistent Star Trek had ever been. None of the episodes reached the heights of, say, “The City on the Edge of Forever” or “Balance of Terror” but there also isn’t a “Spock’s Brain” in the bunch. 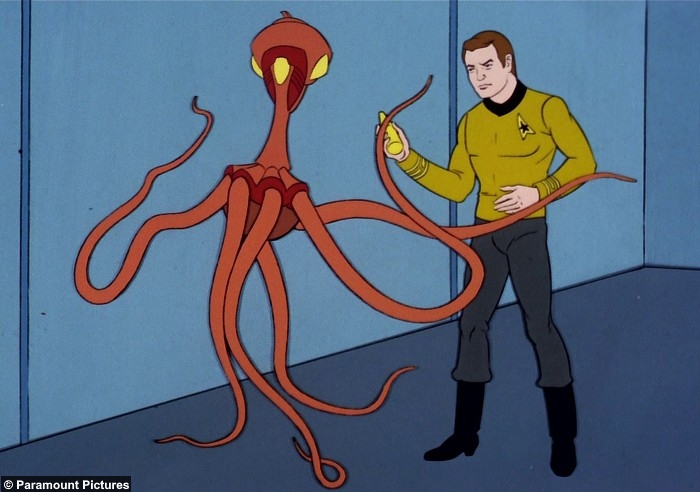 Was the show perfect? Hardly. As said, the animation was lousy and the voice acting was inconsistent. The cast was also incomplete as Chekov was missing due to the fact that Filmation couldn’t produce the show and afford to hire the entire original cast. In fact, they originally declined to sign, not only Walter Koenig, but also Nichelle Nichols and George Takei as well. Leonard Nimoy threatened to walk if Nichols and Takei were not signed, ensuring that most of the core cast was present for the show. No love for Chekov I guess.

So while there are flaws to pick out, there was also a lot that was either well-intentioned or just simply well-done. In addition, being animated basically meant an unlimited special effects budget. The cost to draw a photon torpedo blast was the same as the cost to draw a nameless “red shirt.” Aliens could be “alien” and not just normal people with funny beards and makeup. Premises in episodes had fewer restrictions too, since there was no worry about how to shoot something or how to make an idea work on such a small Network TV budget. Seasoned Trek fans love picking out the backgrounds of the original series episodes, since the show only ever used a handful of location shots; after a while they all start to look alike. With animation you can truly “explore strange new worlds” such as the one visited in the episode “The Infinite Vulcan” (with its weird, twisted landscapes and emerald-colored skies) or in “The Pirates of Orion” where the climax takes place on an asteroid that is breaking apart under the feet of Cpt. Kirk. Try that on a live-action show in the 1970’s. 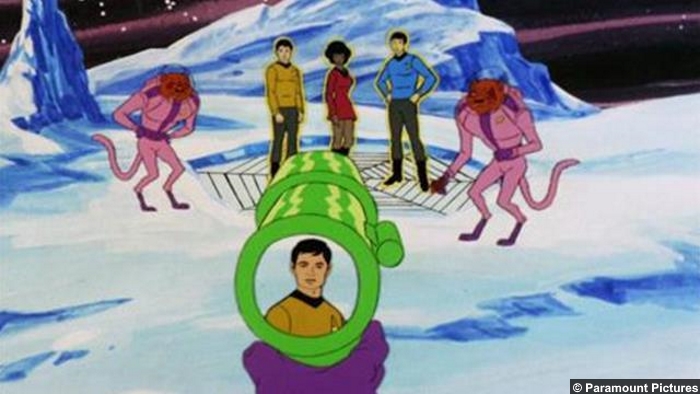 The opening of each animated episode mirrors that of the Original Series. Kirk’s monologue—which is now transcendent and known by those who’ve never seen an episode or movie—explains that the voyages of the Enterprise are part of a “five year” mission. Of course, the original series was cut short after only three years on the air. It’s fitting then, that the Animated Series only lasted two years. It offered to fans the final two years of the original voyage of the crew. It brings closure to those who wished to see more of what Kirk and the crew were up to but couldn’t after NBC pulled the plug.

Many Star Trek fans, to this day, have never seen an episode of the animated series, likely due to the assumption that it was just a cheap and silly spin-off designed to capitalize on the brand’s sudden re-popularity. On the contrary, once you get past the quality of the animation, there’s a lot to love for Star Trek fans. The show features some memorable episodes and moments in bite-sized (half-hour, as opposed to the primetime standard of sixty minutes) doses, and gives the voyages of the Enterprise crew a finer send-off with “The Counter-Clock Incident” than they originally had with “Turnabout Intruder.”

Maybe if Discovery doesn’t work out we can get an animated season five of Star Trek: Enterprise?