As we celebrate 50 years of Star Trek, CultOfWhatver recently completed a look back at the Final Frontier’s many TV iterations as well as considered the newest entries in the film franchiseWe talked about the Original Series and how, when it was great, it embraced the sixties social revolution. On the other hand, when the Original Series stumbled, it slipped into every silly cliche that doomed science-fiction from that era. The Next Generation took a little bit to find its mojo, but when it did it managed to surpass the original by expanding the franchise’s horizons. Deep Space Nine followed soon after, and though it was the red-headed step-child of the brand, it dared to be different and was rewarded with loyal fans, many of whom regard it as the best of the bunch.Meanwhile, Star Trek Voyager tried to be “more TNG” but ended up being “lesser TNG.” Finally there was (Star Trek) Enterprise, which spent three years failing to live up to its premise (nevermind its legacy) before finally finding its footing…and immediate cancellation.On the big screen side of things we’ve seen how JJ Abrams modernized Star Trek, but in doing so sacrificed a lot of what made the TV show so special. July saw the release of the third film in the revised series, and though it was a great ride that paid heartfelt homage to the original series, it has been a disappointment at the box office.

Last month we looked at the high water mark for the film franchise and examined how Star Trek II-IV offered the most complete cinematic experiences for Trek fans.

This month (the 8th to be exact) represents the actual 50th anniversary of the airdate of the first episode of Star Trek. It’s fitting then that we take a look at two movies that best represented Star Trek on the big screen. These films are not ones that anyone—even the most die-hard fans—will say are the “best” in the franchise. What they are, is “textbook.”

I mean, what is Star Trek (the Original Series)? It really was a series with two very different identities, which is why we devoted two different articles to exploring it. When it was “on” it was a challenging bit of science fiction, that forced relevant issues to the forefront of discussion. But when it was “off” it was often hokey and embarrassing, though always did it have its heart in the right place. And of course, the die hard fans will defend even the worst Star Trek episodes.

Which takes us to The Motion Picture and The Final Frontier… 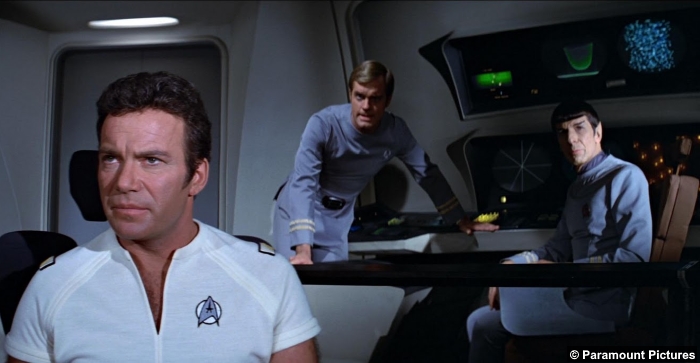 The story behind the first Star Trek film is pretty well known. It was originally developed as the pilot for a second TV show, to hit the airwaves in the late-70’s, but when Star Wars exploded at the box office in 1977, Paramount went looking to mimic its success. It turned to Gene Roddenberry and they worked out a plan to turn the “Star Trek Phase Two” pilot into “Star Trek: The Motion Picture.”

The problem was the movie, though it was in reaction to Star Wars, was nothing like Star Wars. George Lucas’ film was a swashbuckling adventure space opera. Star Trek was always envisioned by Gene Roddenberry to be a thinking man’s concept. The movie reflected that, having more in common with the decade-old 2001: A Space Odyssey than it did Star Wars. Takes were long, dialogue was minimal, the story was cerebral. Gene was given an Executive Producer’s credit and he used it to its fullest extent, crafting a movie that, in a lot of ways, was exactly what he always wanted Star Trek to be. It was unburdened by the limited budget of the TV show and there was no studio pressure to lighten things up (as some of the worst TOS episodes often tried to do).

Paramount guessed right that Star Wars had made “sci fi” the new “it” genre, and people flocked to see The Motion Picture in theaters. The reception, however, was tepid, and unlike some films, it has never really been given a second look nor has popular opinion shifted for the better. And yet, there are some great highlights to be found: The music is majestic, bombastic, sweeping and grand. It’s brilliant, in fact, and is one of the finest soundtracks to any movie ever. The special effects were state of the art and were shot beautifully. The renovated Enterprise model is, in my opinion, the finest ship ever designed for Star Trek.

The plot itself takes some criticism, but really it shouldn’t: As long as you don’t go in expecting this to be something it’s not (Star Wars) you will not be let down by the story they were at least trying to tell. It’s classic Trek: A piece of technology goes missing for centuries, develops a sentient intelligence and returns more powerful than ever looking for its creator. So many philosophical questions are raised and discussed with sincerity and earnestness. It’s everything Trek wanted to be as a TV show on its best days. It’s only real handicap is the too-slow pace. There’s a great story here, but ticket-buyers wanted another Star Wars, not another 2001. As a result, the movie came to be known as “The Motionless Picture.”

Disappointed with the response, Gene was booted from his Executive Producer’s position and the creative reigns of the film franchise were handed over to three men: Harve Bennett, Nicholas Meyer, and Leonard Nimoy. Star Trek II-IV followed and though the box office never returned to the heights TMP had, the series became a critical hit and made enough money (thanks to a slashed budget) to become a film staple for Paramount.

After a trilogy of movies written and/or directed by Nimoy and Meyer, William Shatner played hardball with negotiations and insisted that he be allowed to direct the next one or he would not sign on to do a next one. Paramount relented…and Shatner gave fans the other side of what made Star Trek “Star Trek” in the 60’s.

The Final Frontier is called by some the worst film in the series. Nonsense I say. Star Trek Into Darkness may have made a lot of money, but it betrayed so many of the core principles of Star Trek, while also being a pointless, derivative mess of a movie. It’s not the worst “made” movie in the series, but it is the worst “Star Trek” movie. Second to it is Nemesis, which suffers from the same problems (derivative, pointless) while suffering whole new ones too (stale, tired). Those are the worst films in the series.

Star Trek: The Final Frontier has a host of problems, some of which are the fault of Paramount (who left Shatner with spare change to work with for a budget), some belong to Shatner (whose direction is a little too ham-fisted compared to the crisp, almost-Reitman like Nimoy), but despite its flaws, there is so much to love if you’ll just sit back and let yourself love it. I’m not ashamed to say it: I am an unabashed defender of The Final Frontier. I recognize that it is schlock. It is camp. It is stupid. Sometimes it is so illogical that it’s hilarious even to try and make sense of it (I mean they get to the center of the Galaxy in like a day and a half).

But it is, in my opinion, the most fun-filled movie of the series (or at least tied with IV) and has some of my favorite interactions between Kirk/Spock/McCoy in all of Star Trek. The camp fire scene is pure joy, the scene in the brig when they’re trying to break out and Spock admits Sybock is his brother is perfect. The plot going on around it is a steaming pile, but it’s what’s happening between the lines that makes me love it. It’s like the opposite of TMP, where I loved the plot but am always frustrated by everything in between.

McCOY: “Are you sure about that?”

SPOCK: “I am well versed in the classics, Doctor.”

McCOY: “Then how come you don’t know row row row your boat?”

There’s a time and a place to get serious, and to wrestle with deep, philosophical questions about the nature of humanity and so forth. But there’s also a need for levity in life. The Final Frontier is the 60’s Batman show of Star Trek. I will defend it till I die. 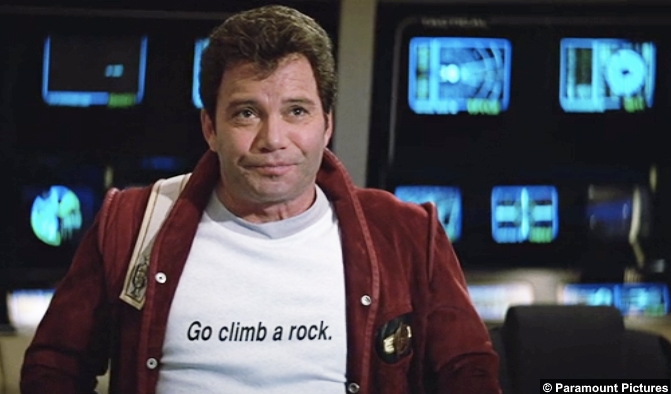 In fact, because it is built upon a foundation of twenty years of these actors inhabiting these roles, it feels effortless. The aforementioned Brig scene could never have worked on the Original Series. They would have played it as a one-joke scene and almost all of the subtlety would have been cut. The Final Frontier didn’t just recreate the cheesy “season three” feel of the Original Series, it perfected it. It made it passable…more passable than “The Way to Eden” or “And the Children Shall Lead” ever were.

I get it, of course: If you only have time for one Star Trek movie, I don’t blame you for firing up The Wrath of Khan or, if you’re looking for something breezier, The Voyage Home. I would probably do the same thing; there’s no substitute for high quality film-making.

Having said that, if you’re looking to celebrate 50 years of Star Trek, you might think about giving these two oft-maligned movies another chance. The Motion Picture may be too slow, but there’s a great sci-fi story there. The Final Frontier may be practically preposterous, but it’s genuinely “fun.” That’s a great yin and yang right there; sci-fi that makes you think and then occasionally tells you stop thinking and just have a good time…

That’s what Star Trek has been doing for five decades now.